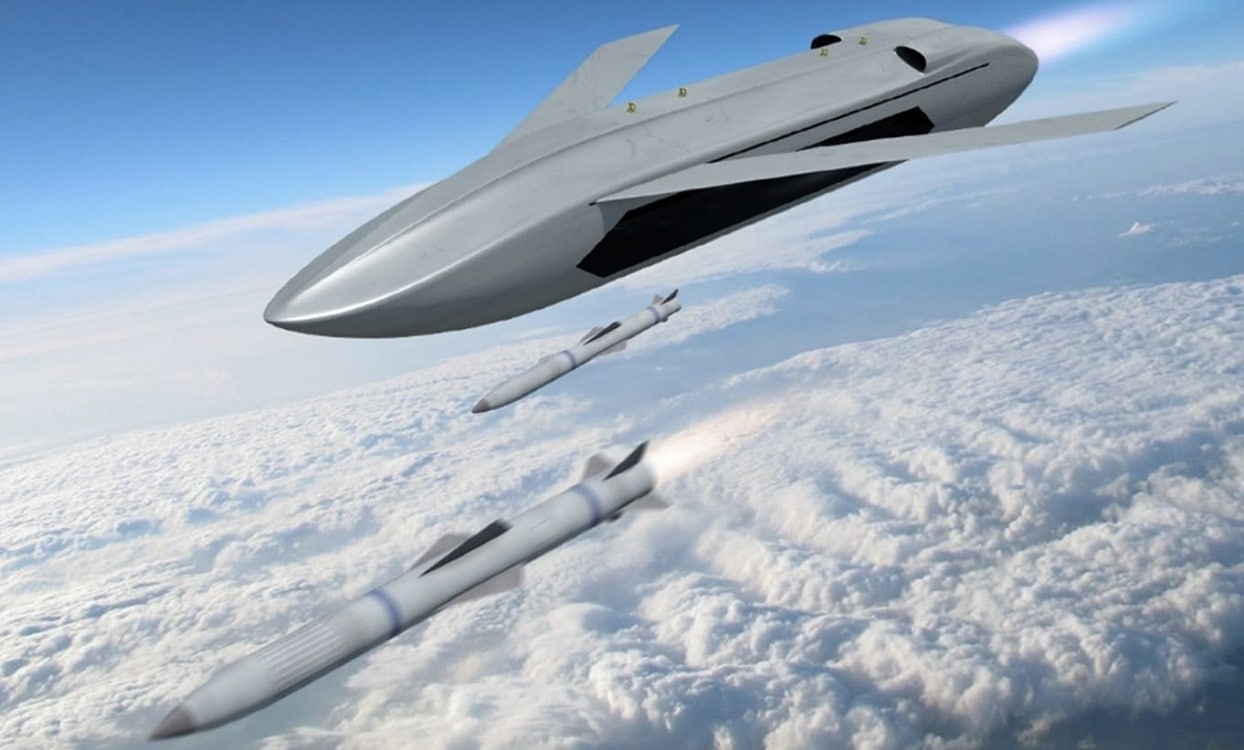 Armed drone swarms coordinated and guided by artificial intelligence (AI) could give Taiwan the needed punch to overwhelm the People’s Liberation Army (PLA) on the island’s beaches in the event of an invasion. Small drones armed with shaped charges to kill armored vehicles or anti-personnel explosives have the potential to overwhelm the invaders before they can make it ashore.

Drone Swarms: An Idea Whose Time Has Come?

President Joe Biden must stand by his initial vow to defend Taiwan in the event of a Chinese invasion despite the State Department and White House’s subsequent walk back. His administration admitted the U.S. Marine Raiders had been on the island working to assess and enhance Taiwan’s defenses, as has Taiwanese President Tsai. American advisers should work with the Republic of China Army to develop a doctrine and train its soldiers on how to deploy them. Since 2018, the U.S. military has worked with India under the Defense Technology and Trade Initiative to develop drones that use AI to autonomously carry out kamikaze attacks.

The U.S. should do the same with Taiwan, which has an advanced domestic AI industry. Such drones could provide a lower-cost indigenous defense platform that could have the effect of being a force multiplier.

Taiwan’s government has heavily invested in the state of the art American military hardware, ranging from M1A2T Abrams main battle tank to AH-64E Apache attack helicopters, F-16 fighter jets, to Harpoon anti-ship missiles and Javelin anti-tank missiles. However, the state of training and Taiwan’s defense budget raises worries that the island’s military will not get adequate funding, manpower, or support to maintain the new weapons systems.

This is particularly bleak considering that Taiwan’s army suffers from severe logistical problems. Half of the Republic of China Army’s tanks didn’t run or lacked ammunition, a 2020 Foreign Policy magazine article said. Taiwan’s $15 billion defense budget is inadequate for its defense against China, and its reserves that are critical for defending the island have been gutted due to the switch to a full-time defense force. The Biden administration must step up pressure on Taiwan to dramatically increase its budget to facilitate increased training and improved logistics. This means even negotiating with the Taiwanese to bring experienced American defense contractors onto the island to plug the logistical holes.

The U.S. Special Operations troops should step in to help Taiwan reform its military into an effective fighting force that focuses more on guerilla operations than strictly conventional land combat operations. The Chinese People’s Liberation Army (PLA) has a quantitative and qualitative advantage, and there is no telling what percentage of Taiwan’s conventional forces will be destroyed in the inevitable missile attacks and airborne attack against the nation’s army bases before they can be effectively deployed.

What Drone Swarms Can Do In Practice

A 2017 short film “Slaughterbots” showed how small drones could be deployed like a swarm of locusts to penetrate buildings and kill individuals in a terrorist attack; they also could be used in a guerilla military context to terrorize an occupation force.

Drones deployed by Iranian-backed Houthi terrorists against Saudi oil fields showed that the destructive potential in the real world. They prove that even guerilla forces can deploy them with destructive impact, and they are difficult to defend against. Iran has used so-called loitering munitions across the Middle East and given them to other proxies. Iranian drones targeted an American base in Syria last month.

The portability of such drones and the Iranian example shows they can have utility against PLA troops even in the event the island is overrun and that they can be deployed by guerilla forces.

Taiwan’s military displayed its Jian Hsiang loitering munitions at a 2019 expo in Taipei. The munition reportedly can lock onto radio signals emanating from a location or vehicle and home in on it.

The Jian Hsaing is reportedly similar to Israel’s IAI-manufactured Harop loitering munition that Azerbaijan used with devastating effect against Armenia last year. The Harop combines the characteristics of a missile and a UAV and can strike targets using AI.

“Drones offer small countries very cheap access to tactical aviation and precision guided weapons, enabling them to destroy an opponent’s much-costlier equipment such as tanks and air defense systems,” said Michael Kofman, military analyst and director of Russia studies at CNA, a defense think tank in Arlington, Va., in an interview with the Washington Post last year about the Azeri-Armenian conflict.

“An air force is a very expensive thing,” he added. “And they permit the utility of air power to smaller, much poorer nations.”

If Taiwan can develop and manufacture loitering munitions and other AI-networked drones to swarm and hit men and material in the invasion force, it would deliver a massive psychological blow to the PLA.

A failed invasion of Taiwan would humiliate Xi Jinping and the Chinese Communist Party (CCP). The Biden administration should include Taiwan in the Defense Technology Initiative along with India to help it develop and manufacture drones that can be swarmed to overwhelm the PLA.

Swarmed drones will have a massive punch because they will be able to simultaneously eliminate numerous targets with a greater impact than the conventional weapons Taiwan has purchased.

They can be prepositioned in places like Kaohsiung and Taoyuan City that are likely invasion areas or Taiwanese-held islands near the Chinese coast like Matsu and Quemoy where they could inflict damage on PLA forces and on Chinese shipping.

The U.S., Japan and other allied nations should help Taiwan build the thousands of drones it will need to successfully defend the island.

Swarmed drones could be a game-changer.