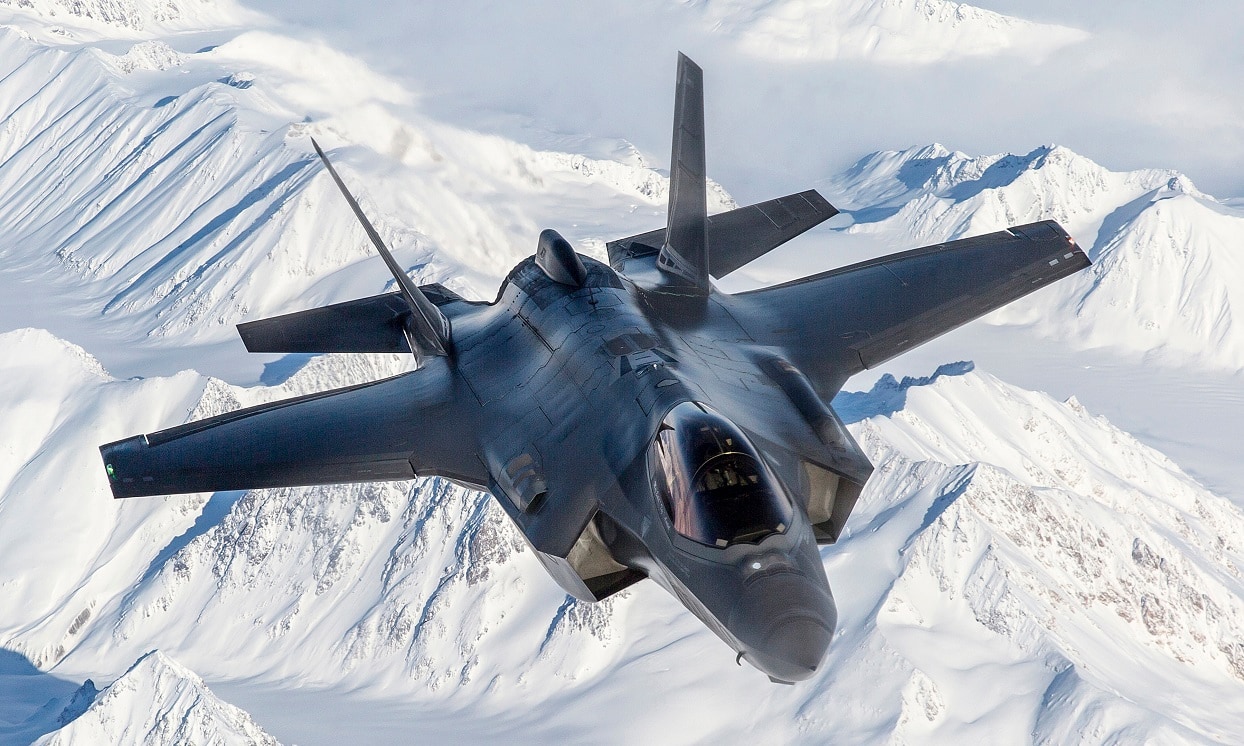 The F-35 Joint Strike Fighter, America’s most advanced tactical fighter, is very close to being certified to carry nuclear weapons, taking the capabilities of a highly effective aircraft to a new strategic level.

In October, two F-35As dropped test versions of the B61-12 thermonuclear weapon during a series of simulated attacks at the Tonopah Test Range in Nevada.

The B61: A Diverse Nuclear Munition

The B61 is a family of tactical gravity nuclear weapons. Initially, it was designed as a dumb bomb in the Cold War, but after a series of life extensions and upgrades, it is now a smart, precision-guided munition.

The B61 is the U.S. military’s primary thermonuclear gravity munition. Although relatively small compared to the enormous Intercontinental Ballistic Missiles (ICBMs), the B61’s small weight (850 lbs) and size (12 feet) make it a good option for a tactical nuclear weapon that can be deployed from forward-staged aircraft. Moreover, the B61 offers added flexibility when it comes to yield since its yield can be programmed prior to release and thus be adjusted as necessary.

Currently, the U.S. Air Force has about 680 B61 nuclear bombs, 230 of which are designed for tactical use from dual capable aircraft. The Pentagon plans to buy 480 additional B61s to replace older with higher yields in the next three years.

In addition to strategic bombers, such as the B-52 Stratofortress and the B-2 Spirit, the B61 can be deployed from Dual Capable Aircraft, such as the F-15E, and F-16C/D.

“The new B61-12 bomb will replace all gravity bombs, whether tactical or strategic. Same weapons on tactical and strategic aircraft,” Hand Kristensen, the director of the Nuclear Information Project at the Federation of American Scientists told the Air Force Times, adding that the Pentagon still needs to clarify if the new nuclear stockpile plan will make the distinction between tactical and strategic nuclear munitions.

Strategic nuclear weapons are what most people think when nuclear arms come up: enormous ballistic missiles that can fly at high speeds and strike a target three continents away.

On the other hand, tactical nuclear weapons are intended for more local targets. Nowadays, their production and stockpiles have been significantly reduced. But during the Cold War, tactical nuclear weapons came in many sizes and forms. There were nuclear artillery shells, nuclear rockets, nuclear mines, and even nuclear backpacks. Army Special Forces teams trained to carry those backpacks behind a Soviet advance in Europe and detonate them in what was almost a mission with no return.

The Air Force has stated that not all F-35s will become nuclear-capable once the platform has been fully certified to carry nuclear weapons. Only units that the Air Force will task with the nuclear mission will receive the specially configured F-35s and the hardware and manpower to maintain and operate them. As to far which F-35 units will end up receiving the nuclear mission, it is still undecided.

Kristensen added that the “It is potentially possible that one of the new F-35A wings in the U.S. will get the nuclear mission, but I haven’t seen indications of that yet.” In Europe, future F-35 squadrons in RAF Lakenheath, in the United Kingdom, and Aviano Air Base in Italy might get the nuclear mission. But for the Pacific theatre, the Air Force would have to transfer F-35As and B61 nuclear bombs if it wants a nuclear capability in there too.

In total, among the Air Force, Navy, and Marine Corps, the Pentagon plans to purchase approximately 2,500 F-35 fighter jets at the cost of about $1.7 trillion.

America’s nuclear stockpile is currently undergoing a review. With the Nuclear Posture Review, the Pentagon determines what nuclear munitions it should keep, upgrade, or decommission. The program is slated to cost $634 billion from 2021 to 2030. The U.S. military has about 3,800 nuclear warheads divided among its land, sea, and air nuclear platforms. The ability to launch from the three traditional warfighting domains is called the nuclear triad.