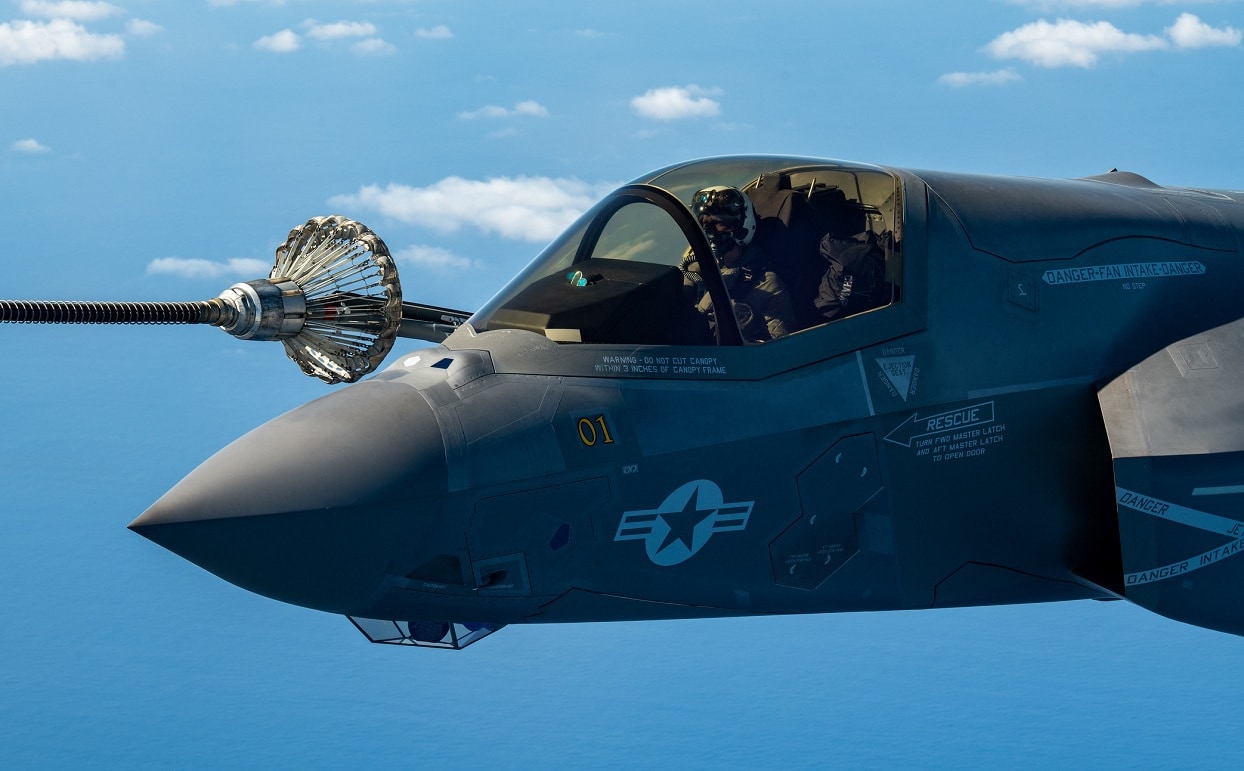 When a British F-35B fighter jet crashed into the sea on the morning of November 17, a hectic race for its precious classified carcass began.

The Royal Navy and U.S. Navy are already working jointly to salvage the aircraft, but many other countries, mainly Russia and China, would love to get their hands on an F-35 and study it.

“We Will Recover the Aircraft”

Last Wednesday, at around 10 am, a Royal Navy F-35B took off from the British aircraft carriers HMS Queen Elizabeth for a routine flight. But a few minutes into the flight, the 5th generation aircraft sustained a catastrophic malfunction—an investigation is underway to determine what exactly took place—and crashed into the Mediterranean Sea, the pilot ejecting safely and getting rescued soon after he hit the water.

Although the race to recover the pilot was soon over, another race for the crashed F-35B began and is still underway.

The British Ministry of Defense indicated that it would try to recover the crashed fighter jet from the start. Ben Wallace, the British Defense Secretary, said shortly after the incident in a press statement that “I’m glad to say that the pilot was recovered and is okay and we will recover the aircraft. It hasn’t affected our ongoing operations, which we will continue, and we’ll obviously investigate the cause of that accident.”

As the world’s most advanced fighter jet, the F-35 contains several classified systems and sensors, while the aircraft’s body also holds secrets, especially when it comes to the low observability coating that makes the F-35 stealthy.

The Royal Navy has requested the help of its American allies, and particularly the use of the Cable-controlled Undersea Recovery Vehicle (CURV-21) that specializes in deep ocean salvage operations and has an effective range of 20,000 feet.

Dead F-35: A Race With a Classified Prize

So it is now a race for time and capabilities.

It is unclear whether the aircraft crashed in international waters and if it is within a country’s sovereign jurisdiction. The British Ministry of Defense has only specified that the F-35B went down somewhere in the Eastern Mediterranean, but that could mean anything from Greek, Cypriot, Egyptian, Lebanese, or Israeli waters.

Also, given its sleek build, the aircraft might have traveled a considerable distance upon entering the water, making the salvage operations more difficult and complex.

China has some infrastructure in the region—the Greek port of Piraeus, one of the largest in Europe, is owned by a Chinese firm—but doesn’t have the military presence necessary in the area to mount a salvage operation under the noise of the British and American vessels.

On the other hand, Russia has the intent and the perhaps capability to “steal” the crashed jet.

In addition, If Russian companies could reverse engineer some of the F-35 systems or its stealth coating, it could be a great boost for the Su-57 Felon and Su-75 Checkmate aircraft. The Russian Navy has a strong presence in Syria that could serve as a base for a salvage operation. As a result, Russian surface warships and submarines travel these waters often.

Whether Moscow has the capability in the region—or in general—for such a salvage operation, is questionable.

It wouldn’t be the first time a country salvages the aircraft, submarine, or surface vessel of another to steal its secrets.

During the Cold War, the British salvaged a Soviet Yak-28 Firebar and stole its advanced radar technology. Similarly, the U.S. Navy and Intelligence Community stole parts of a Soviet nuclear submarine that had sunk in the Pacific Ocean.