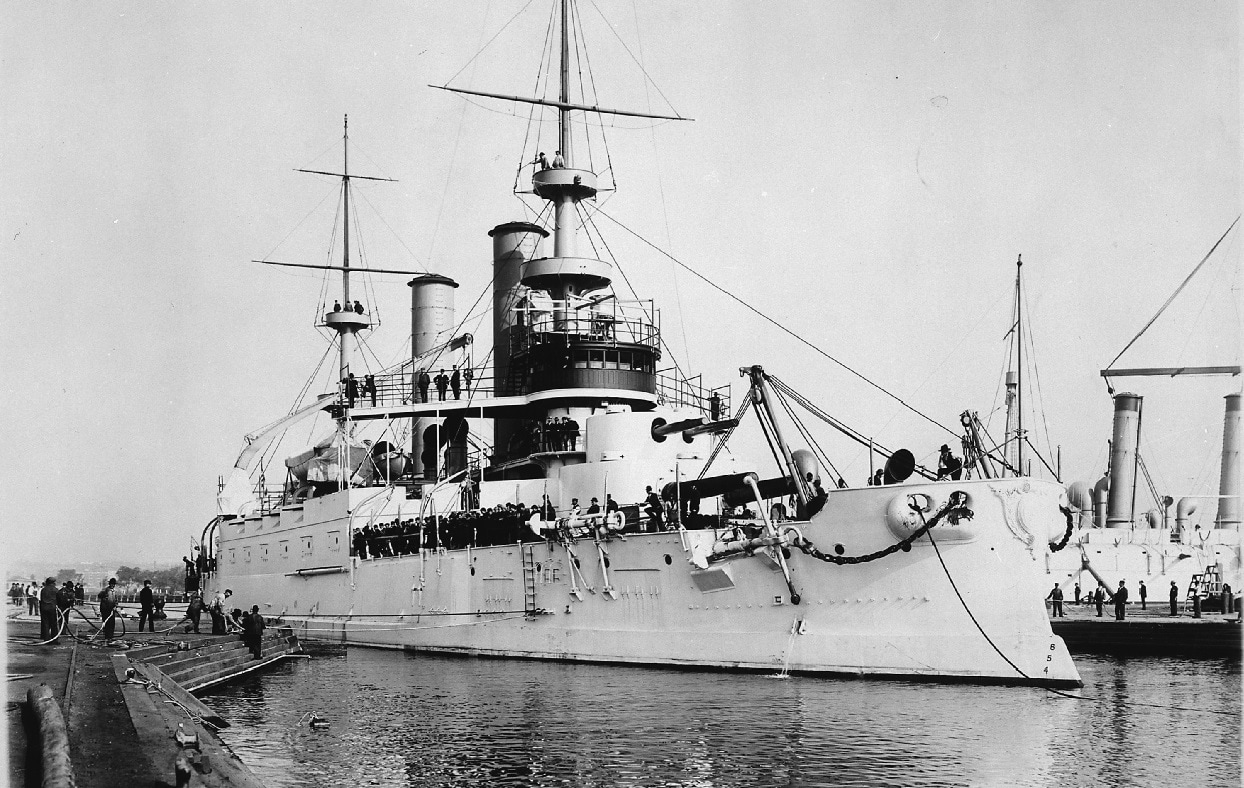 Naming conventions in the U.S. Navy can’t always be explained. Aircraft carriers are now named for past U.S. presidents or those who played an important role in naval affairs or history, which is why there is a USS Nimitz as well as a future USS Dorie Miller, but questions remain why a carrier was ever named for the late Senator John Cornelius Stennis (D-Miss.). Naming has been far simpler with battleships – nearly every single one has been named for an American state.

Of course, there is an exception that rule as there was the largely forgotten Kearsarge-class of pre-dreadnought battleships that are arguably the worst warship designs in U.S. Naval history.

Kearsarge – Where Did the Name Come From?

Even the most ardent naval armchair historian might be forgiven for not knowing the history of the early class of battleship. The name itself could be a bit of an enigma. Yet, to date, five warships have been named in honor of New Hampshire’s Mount Kearsage, which evolved from the native Pannacook tribal name for the mountain “Carasarga,” surmised to mean “notch-pointed-mountain of pines.”

The first of those warships was the U.S. Navy sloop of war that was launched during the American Civil War and served until she was wrecked off Central America in February 1894. The third ship to bear the name was actually an Essex-class aircraft carrier that was launched in 1942 and served in the Second World War – and the reason that most haven’t heard of her, is that she was renamed USS Hornet (CV-12) just prior to launch. She served until 1970 and is today preserved as a museum ship.

However, the name of the New England mountain was given to another long-hulled Essex-class carrier, CV-33, which saw service in the Korean War and in the early stages of Vietnam. She was decommissioned in 1974. Then there is the current USS Kearsarge (LHD-3), a Wasp-class amphibious assault ship that was commissioned in 1993, and remains in active service today.

That leaves the aforementioned battleship, lead ship of the Kearsage-class – the only U.S. Navy class and vessel of battle wagon not to be named for a state. There seems to be no reason why this name was chosen rather than New Hampshire or another state.

USS Kearsage (BB-5) and her sister ship USS Kentucky (BB-6) were each designed for coastal defense, and had low freeboard and heavy armor. Completed just after the Spanish-American War in 1900, the two vessels were meant to be a significant improvement over the Navy’s previous classes of battleships, notably the Indiana-class and original Iowa-class. Each carried an armament of four 13-inch (330mm) main guns as well as four 8-inch (203mm) secondary guns in an unusual two-story turret arrangement.

However, the ships suffered from a number of design flaws – most notably the turrets, which were dangerously exposed where a well-placed shot could threaten to disable the gun and even could strike the magazine. Additionally, the 13-inch guns, which had been designed prior to smokeless powder and were intended to use brown powder propellant, had to be returned to a slight 2 degrees of elevation in order to be reloaded, hampering their reload time. Moreover, while it was intended that the 13-inch and 8-inch guns could increase the firepower of the warships, the guns actually had the potential of interfering with each other’s shots.

Then there was the fact that the ships’ fourteen 5-inch guns, seven on each side, had been placed too close to the waterline – and in anything other than perfectly calm seas, water would wash over the guns.

Despite those flaws, Kearsarge served as the flagship of the North Atlantic Squadron after entering service, while Kentucky was initially sent to East Asia. Neither ship played much of a role in any combat operations – BB-6 was deployed to China during the Boxer Rebellion, but saw no combat, while she later landed Marines to Havana, Cuba during the Second Occupation of the Cuba in 1906.

Tragically, USS Kearsarge suffered an explosion in her forward 13-inch turret, which killed 10 of her crew. Two of her sailors – Isadore Nordstrom and George Breeman were each awarded the Medal of Honor for their respective roles in rescuing other sailors and for preventing the fire from reaching a propellant magazine.

During the First World War, BB-5 served as a training ship, while BB-6 participated in the occupation of Veracruz. Both were decommissioned after the war, and Kentucky was sold for scrap, while Kearsage was converted into a crane ship and used in that capacity for the next two decades – perhaps a fitting legacy for the Navy’s worst class of battleships ever designed.