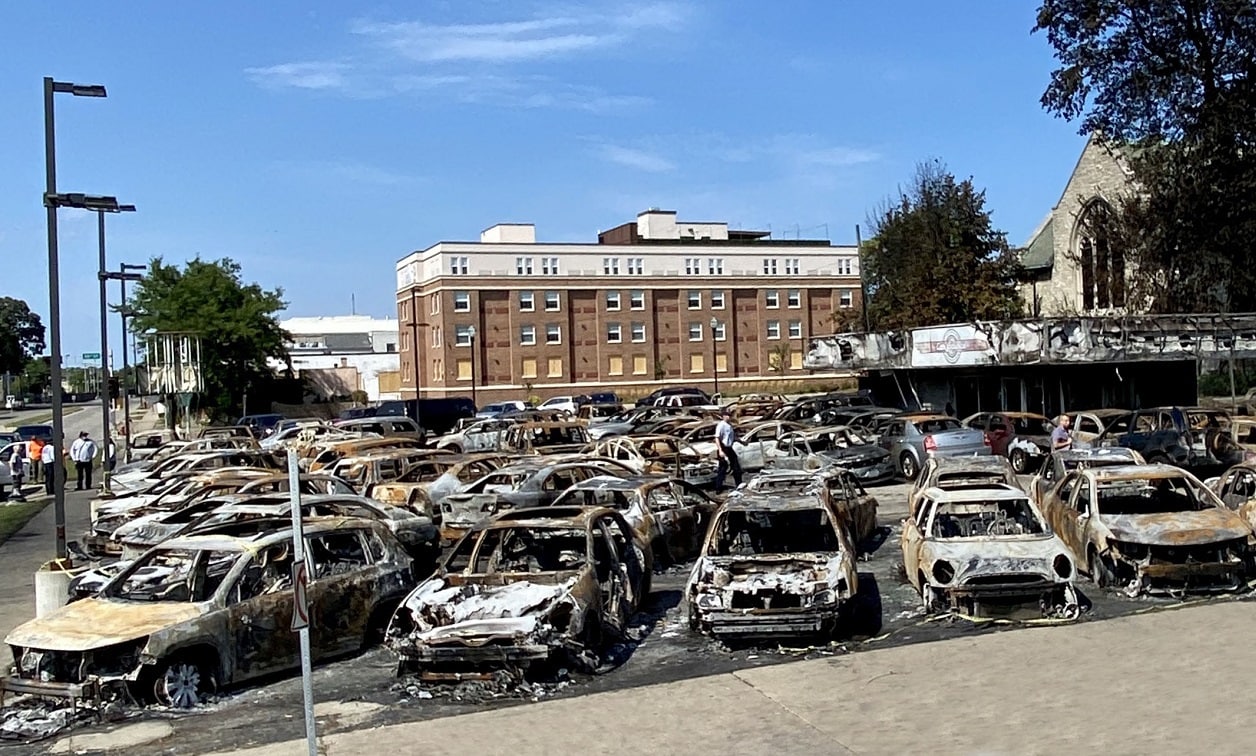 The acquittal of Kyle Rittenhouse has divided the nation—again. Not that the nation needed any dividing. But politicians and the press can’t resist a good, divisive story. President Joe “this is the time to heal” Biden initially lived up to his inauguration rhetoric, saying “I stand by what the jury has concluded; the jury system works.” His White House quickly walked that back, issuing a brief statement that opened with the qualifier “While the verdict in Kenosha will leave many Americans feeling angry and concerned, myself included….”

The most interesting part of all of this is that the reporter who pitched Biden the Rittenhouse question on the White House lawn with the engines of Marine One humming in the background didn’t actually ask the President his opinion on Kyle Rittenhouse’s vindication. She asked the President “do you stand by your past comment equating him to white supremacy?” Biden sensibly didn’t take the bait.

Good on him. Bad on the press, Hollywood, the Twitterverse, the White House, and half the Democrats in Congress.

There is no reason to believe that Kyle Rittenhouse is a white supremacist. He was accused of socializing with people who sang a song that has also been sung by the Proud Boys, a group that publicly disavows white supremacy, and that the Southern Poverty Law Center says “maintain affiliations with known extremists” (best they could do). The Anti-Defamation League much more frankly explains that “some members espouse white supremacist and antisemitic ideologies and/or engage with white supremacist groups,” while acknowledging that the group’s leaders “vehemently protest any allegations of racism.”

So Rittenhouse talked to people who sang a song that is also sung by members of an unsavory organization that tends to attract white supremacists as members. That’s a thin reed, but it’s something.

It does, however, give a whole new meaning to “go with what you’ve got.” If any of you are ever on trial by the media, you’d better hope you don’t watch the same Netflix specials as Harvey Weinstein. Don’t drive a Volkswagen; that was Adolf Hitler’s favorite car. And stay away from the Big Apple: eight million New Yorkers appeared in the same phone book as the Son of Sam.

There probably aren’t enough white supremacists in twenty-first-century America to fill the infield of Fenway Park. But the incendiary language that casts all 74 million Americans who voted for Donald Trump as “fascists” really does start fires. It started real fires last year at many fiery but mostly peaceful Black Lives Matter protests, not only in Kenosha but around the country. Forget about the Rittenhouse verdict; the real trials to watch are the federal arson trials for Allen King, David Garner, and Kevin Martinez, three Minnesotans who crossed state lines to set fire to buildings and property on that fateful (and fatal) night in Wisconsin.

You don’t have to support Rittenhouse’s brand of armed vigilantism to condemn masked “antifascist” violence, arson, and mob rule. The Southern Poverty Law Center calls antifa “a broad, community-based movement composed of individuals organizing against racial and economic injustice.” The Anti-Defamation League helpfully advises that “it is important to reject attempts to claim equivalence between antifa and the white supremacist and other right-wing extremist groups they oppose.” Since, of course, people like those shot by Kyle Rittenhouse should not be put on the same level as those who sing objectional songs in public.

As the SPLC and the ADL know full well, it’s important to see our neighbors in the most charitable possible light. The three men shot by Rittenhouse last August were described by  National Public Radio as a man who “had spent most of his adult life in prison starting at age 18 for sexual conduct with five preteen boys,” a second man who “had spent time in prison twice, first for violating probation after strangling his brother and again for kicking his sister,” and a third who “was armed with a pistol that night … [and] agreed that it was pointed at Rittenhouse at the moment he was shot.” Fair enough. A broad, community-based movement will attract all types.

No one deserves to be wounded or killed merely for being an ex-convict, or for being armed. But as long as self-appointed anti-fascists belonging to organizations like (no joke) the “People’s Revolution Movement” are lionized as defenders of the nation by politicians, celebrities, and the press, the violence will continue. If mobs are allowed (and even encouraged) to burn down our cities, other mobs will organize to fight them.

Kyle Rittenhouse should not have been in Kenosha last August to defend himself from violent criminals intent on beating him up, and perhaps killing him. But neither should a mob of arsonists have been allowed to take over a section of the city in the first place. Yet last year cities like Minneapolis, Philadelphia, Portland, and of course Kenosha let self-appointed revolutionaries take control of neighborhoods, set up illegal roadblocks, loot businesses, commit widespread arson, and beat up anyone who complained. City police departments abandoned citizens to temporary reigns of terror. And they did it simply because their political masters were afraid of being called “racist.”

There’s enough lawlessness in America without prominent people excusing it, and even egging it on. You’d think people of all political persuasions would have understood that after what happened at the Capitol on January 6. What America needs now is calm—and a return to “law and order” policing. From the Sons of Liberty to John Brown’s raid, Americans have always been quick to take the law into their own hands. The best way to prevent that is for people in positions of responsibility to act responsibly: to stop tarring their political opponents with terms that have the potential to incite people to violence against them. The next best is for us to support our local police departments, and give them not only the tools but also the moral support they need to keep us all safe.

A Contributing Editor for 1945, Salvatore Babones is a sociologist whose research focuses on the political economy of the Indo-Pacific region. He is the author or editor of ten books and more than two dozen academic research articles. He publishes extensively on public policy issues, and is a widely-cited commentator on Australian higher education. His short book The New Authoritarianism: Trump, Populism, and the Tyranny of Experts was named “Best on Politics 2018” by the Wall Street Journal. Babones is an Associate Professor at the University of Syndey.