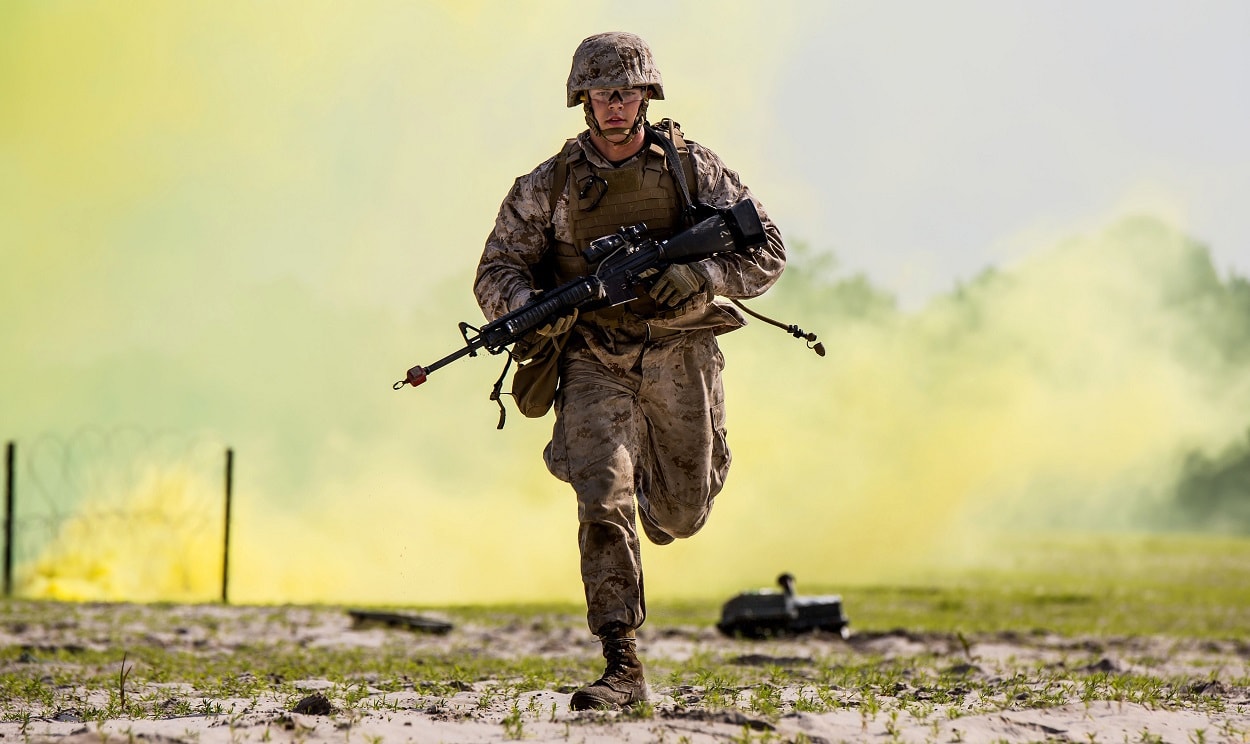 Despite a mandate from the “Commander-in-Chief,” upwards of 10,000 Marines aren’t likely to meet the November 28 deadline set by President Joe Biden for Covid-19 vaccine requirements. While 94 percent of Marines have either met the requirement or are on track, for the rest it is likely too late.

According to a report from Reuters, the United States Marine Corps, which is also the least-populous branch of the U.S. military, is set to have the worst vaccination record across the Department of Defense (DoD).

By contrast, the U.S. Navy currently has the highest vaccination rate within the military at 99.7 percent – and both the Navy and Marines are overseen by the Department of the Navy.

In a statement provided to The Hill, the Marine Corps said it “recognizes COVID-19 as a readiness issue. The rise of the highly transmissible Delta variant and the speed with which it transmits among individuals have increased risk to our Marines and the Marine Corps’ mission.  We are confident the vaccine protects our Marines, our communities and the Nation.”

The Marine Corps has the lowest vaccination rates among the services.

By contrast, at least 97 percent of active-duty personnel within the Department of the Air Force, which oversees both the U.S. Air Force and the U.S. Space Force, have reportedly been vaccinated, meeting the department’s Nov. 3 deadline.

Around 95 percent of personnel in the U.S. Army, the largest branch in the military, have also received at least one dose of the Covid vaccine.

President Biden announced back in September his controversial policies that would require most federal employees and contractors, as well as health workers, to get vaccinated.

In addition, the White House called for employees of large private businesses to get vaccinated or tested as the more easily transmitted Delta variant of the virus spreads.

Secretary of Defense Lloyd Austin on Aug. 25 directed all military branches to ensure service members receive the vaccine as case numbers of the novel coronavirus surged over the summer.

As patients are only considered to be fully vaccinated two weeks after their final dose, it is already too late for those military personnel who did not receive their final dose by Nov. 14.

According to a report this week from Fox News, the U.S. Army has also started to weed out those unvaccinated soldiers by blocking their reenlistment. That has included Reserve troops as well as members of the National Guard.

The news outlet reported that it had obtained a Nov. 16 memorandum from Secretary of the Army Christine Wormuth detailing how commanding officers should flag soldiers who refuse Covid-19 vaccination orders, which will allow the service to retire the troops or separate them “upon expiration of term of service.”

The military will likely continue to push all service members to get vaccinated, especially as cases of the Delta variant among the unvaccinated continue to rise. The Centers for Disease Control and Prevention (CDC) data showed that Covid-19 has so far killed over 770,000 people in the U.S.