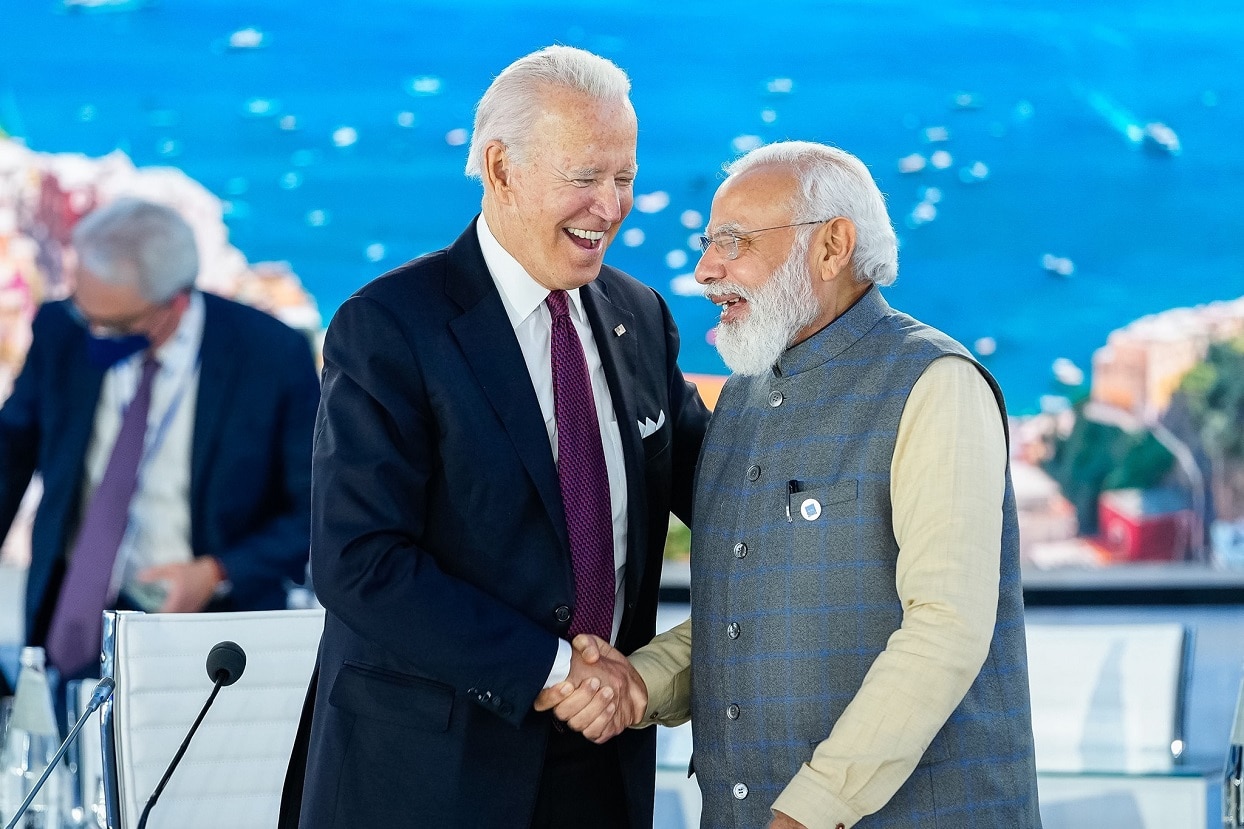 In recent years, as China has grown stronger and acted more like an aspiring hegemon in the Indo-Pacific region, a new and increasingly robust counter-hegemonic coalition has begun to form. This has not taken the form of some sort of Asian NATO — a highly institutionalized, treaty-based mutual-defense organization. Rather, it has taken the form of a constellation of partly overlapping “minilateral” arrangements facilitating intelligence sharing, military cooperation, supply chain security, and other forms of defense-related collaboration.

Such minilaterals include the recently announced AUKUS security partnership, the Five Eyes intelligence consortium, the Five Powers Defence Arrangements, the Quad/Quad+, the India-Japan-US Trilateral Dialogue (and associated Malabar naval exercises), the India-Australia-Indonesia trilateral, and the emerging Middle East Quad involving India, Israel, the UAE, and the US. In conjunction with bilateral defense arrangements such as those between the U.S. and Japan and the U.S. and South Korea, these security arrangements have come to form the cornerstone of a US-anchored regional counterhegemonic bloc.

In general terms, minilateralism is an approach to collective problem solving involving the smallest number of countries necessary to address a particular problem. It is a close cousin of multilateralism, which is defined as a formal multi-country effort to build a regional or global order through the institutionalization of rules, norms, and decision-making procedures. But whereas multilateralism tends to be inclusive in membership, expansive in scope and formal in structure – think the UN or the WTO – minilateralism is a narrower and less formal arrangement intended to facilitate the efforts of a small number of states to address a specific policy issue. And where multilateralism is a process intended to build norms and change interests over time, minilateralism is more an arrangement for realizing specific tasks and goals. Instead of the UN, think the G-7.

While no consensus has yet been reached on how to define “security minilateralism,” there is general agreement that minilateral security arrangements involve (1) a small number of states (typically three or four); (2) with shared perceptions of a common threat; (3) entering into an ad hoc and lightly institutionalized agreement to address that threat in a collective fashion. Such arrangements are perhaps best thought of as collective defense mechanisms, without all the institutional baggage – and associated inflexibility and inertia – of a more traditional treaty-based defense organization such as NATO.

The benefits of security minilateralism are perhaps obvious. Minilateral security arrangements are inherently flexible, entail relatively low transaction costs, and are tailored to address specific threats in particular domains or regions. They are more agile than traditional multilateral arrangements in that they are not burdened with cumbersome decision-making procedures or subject to the inertia that comes from over-bureaucratization or the need to find consensus among large numbers of states parties. Proponents argue that they can also have positive ‘second-order traditional security effects’ in that they can enhance the resilience of existing bilateral security alliances.

But security minilateralism is not some sort of geopolitical magic bullet. Security minilaterals can be intrinsically fragile arrangements, subject to changes in domestic politics or in the overall regional environment. The impulse to keep the number of members to the minimum necessary to achieve the objective can also work against security minilateralism. Some short-lived minilaterals in the past – the Trilateral Cooperation and Oversight Group (“TCOG”) involving the US, Japan and South Korea, for example – simply included the wrong players. Japanese-South Korean disagreements over a variety of bilateral issues, complicated by the domestic politics in both countries, meant that they simply couldn’t cooperate, resulting in the group’s demise long before it could achieve anything meaningful. Others, like the first iteration of the Quad, lacked a clear rationale and purpose and as a result, effectively floundered. It was only revived when changes in international context, a convergence of security interests, and improved levels of domestic political support in all four member countries enabled it to coalesce into something concrete and meaningful.

What, then, is the likely future of security minilateralism in the Indo-Pacific?

If we assume that the proliferation of such arrangements is a more or less rational response to the rising perception of a common threat, then we are likely to see both the emergence of new security minilaterals and perhaps the expansion of existing ones. Regional states increasingly perceive an increasingly powerful and assertive China as a threat to their interests. As natural balancing dynamics continue to kick in across the region, these states – none of which can balance China alone – are likely to seek security in new or expanded defense partnerships.  Some, of course, will continue to view their bilateral relationship with the United States as the most important means of balancing China. But others – perhaps especially those, like India, who have not had such a bilateral security relationship in the past – will look to minilaterals, some of which will include the US and some of which won’t. And some, like Australia and Japan, will seek to balance China by strengthening both their bilateral security relationships with the US and entering into new minilaterals.

This brings us to the role of the United States in the evolving Indo-Pacific security architecture. For the foreseeable future at least, Washington will remain the cornerstone balancer in the region. Whether as the hub of the legacy postwar bilateral security alliance network – known as the ‘San Francisco System’ since its inception with the signing of the Japan Peace Treaty in September 1951 – or as a key partner in many of the existing and emerging minilateral security arrangements, the US will continue to provide the lion’s share of the hard security assets needed to balance China. But that should not blind us to the fact that some security minilaterals are likely to be anchored by regional powers – like India, Japan, and Australia – that in recent years have grown increasingly wary of China’s growing power. And still others – think the FPDA and the France-India-Australia trilateral– may be anchored by extra-regional powers like the UK and France that also seek to balance China’s growing power in the region.

It is a law of geopolitical nature that as states rise to the top of the international league tables, other states take steps to balance against them. That is exactly what is happening today, this time in the specific form of proliferating minilateralisms. For those interested in maintaining a stable and peaceful balance in the Indo-Pacific region, this should be seen not only as a natural development but as a welcome one as well.

In this article:China, Indo-Pacific, Minilateralism

Written By Andrew A. Latham and Kai Perket