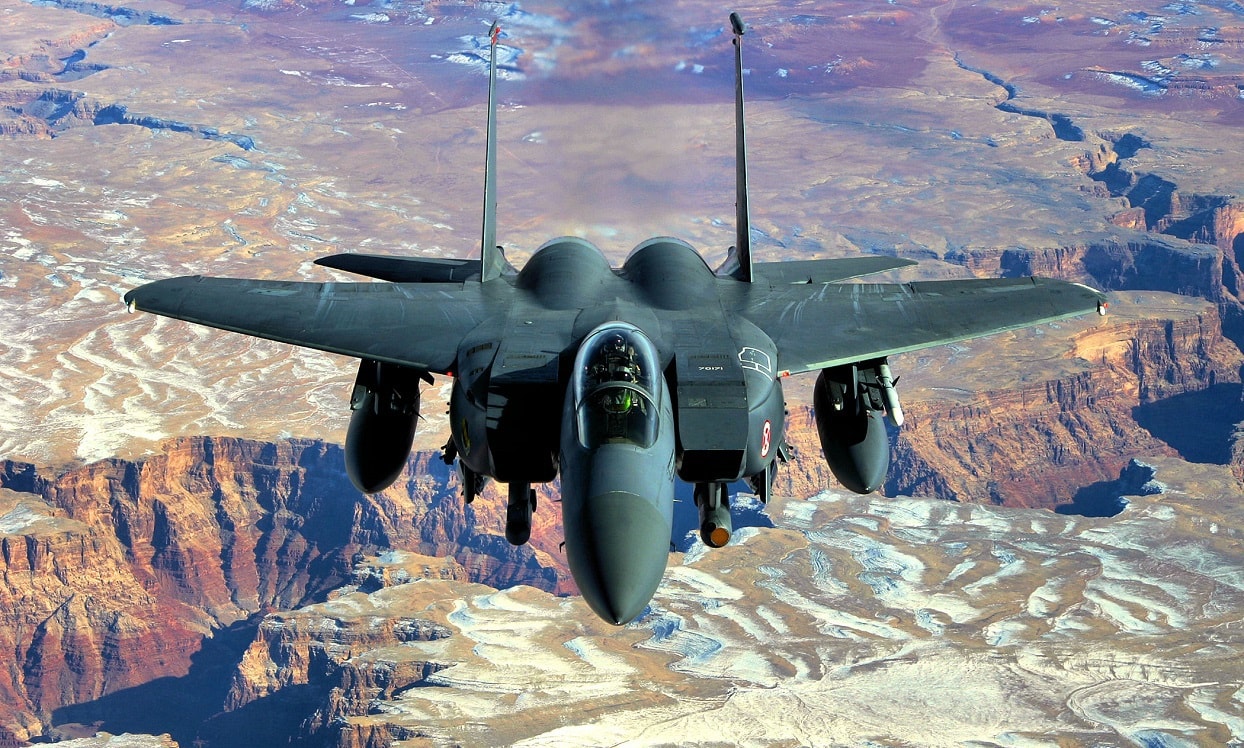 During the last days of October, the U.S. military led NATO in the most significant annual nuclear deterrence exercise in Europe.

The U.S. has about 150 B61 nuclear bombs stored in five different countries in Europe.

In a press release, NATO stated that Steadfast Noon is a routine, recurring training activity that is not linked to any current world events. NATO member states rotate every year as hosts, with usually two different co-hosts every year. This year’s exercise took place in Italy.

The exercise involved training flights and simulation attacks with dual-capable fighter aircraft and conventional fighter jets, while air tankers and intelligence, reconnaissance, and surveillance (ISR) platforms supported them. However, the aircraft didn’t drop any live munitions, conventional or nuclear.

Last summer, the leadership of NATO declared that the purpose of the North Atlantic’s nuclear capabilities is to “preserve peace, prevent coercion, and deter aggression.” However, they also added that deteriorating security environment and uncertain conditions in Europe, NATO needs a credible and united nuclear alliance to deal with any contingencies.

Although not specifically named, Russia was the intended target of the declaration. At least since 2014 and the illegal annexation of Crimea, Moscow has been pursuing a hybrid warfare campaign against NATO and the European Union, trying to sow division and undermine the two transnational organizations.

NATO leaders, however, have also said that “NATO has a long track record of doing its part on disarmament and non-proliferation. After the end of the Cold War, NATO dramatically reduced the number of nuclear weapons stationed in Europe and its reliance on nuclear weapons in NATO strategy.”

Although no nuclear weapons have been used since the attacks in Hiroshima and Nagasaki in the closing days of World War Two, such exercises are critically important in the unthinkable event a nuclear war breaks out. If that contingency occurs, pilots, crews, and maintainers must know exactly what to do beforehand as communication most probably won’t be smooth.

Air deployed nuclear weapons are only one aspect of NATO’s nuclear deterrence. The U.S. and U.K. can also deploy nuclear munitions through the sea, via submarines, and land via Intercontinental Ballistic Missiles (ICBMs). This “nuclear triad” capability makes for the most potent strategic nuclear deterrence possible.