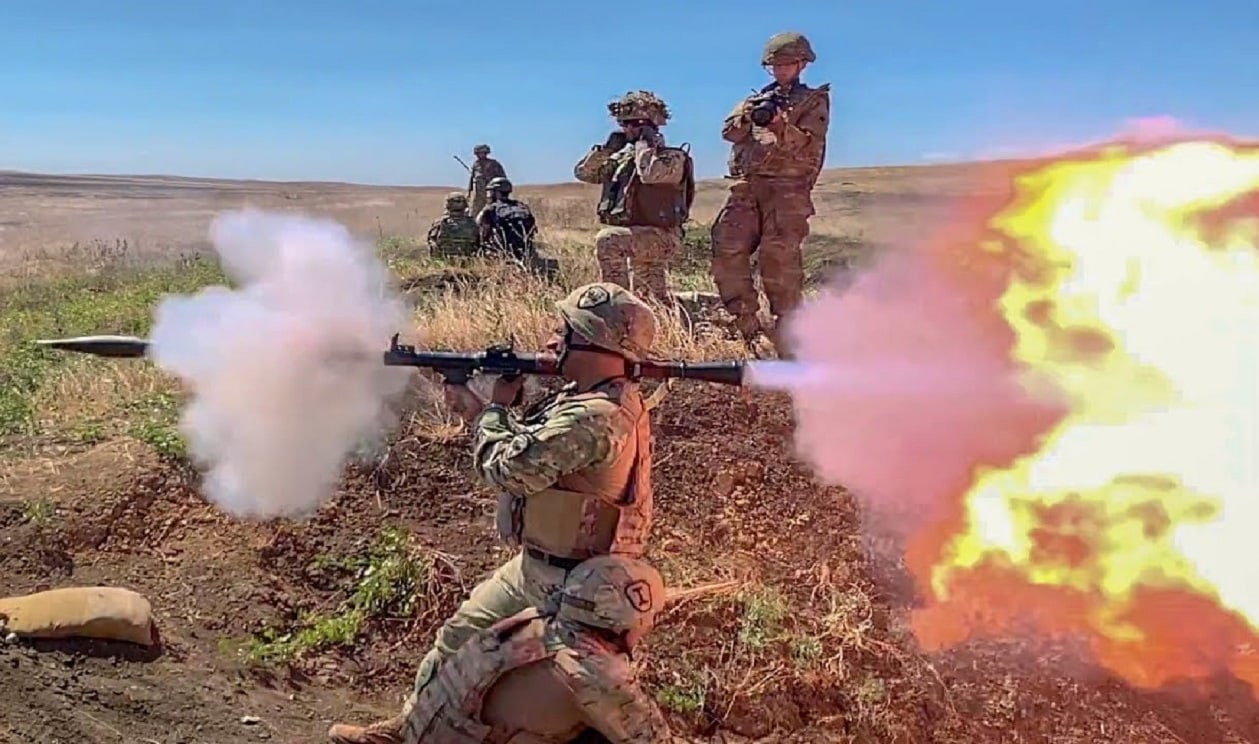 RPG-7, a 3 Minute History: Perhaps only after the AK-47, no Soviet-made Cold War-era weapon is as iconic as the RPG-7, the portable, reusable, unguided, should-launched anti-tank rocket-propelled grenade launcher that was first introduced into service in June 1961. Now six decades later the weapon is being greatly improved, which could ensure that it remains in use for decades to come.

To mark the 60th anniversary of the weapon’s official introduction, on Tuesday, the Bazalt Research and Production Association – which is part of the Techmash Group within the state-owned hi-tech conglomerate Rostec – announced that it is working on upgrading the RPG-7V2 grenade launcher to boost its firing accuracy.

“The RPG-7V2 has already been accepted for service but an upgrade, even for this weapon, is currently underway under a contract with Russia’s Defense Ministry to boost its firing accuracy,” Bazalt Design Bureau Chief Nikolai Sereda told Tass.

Development of the RPG-7, which was based on the RPG-2 anti-tank recoilless gun, began in 1958, and on June 15, 1961 an order was signed to accept the platform for service together with the PG-7V high-explosive charge. The reloadable launcher is based around a steel tube that is 40 millimeters in diameter, 95.3 centimeters long, and weighs in at seven kilograms.

That basic design has remained largely unchanged in six decades, but there have been a series of improvements to the platform. Thanks to those upgrades, the weapon remains operational in more than eighty countries around the world. The new version of the venerable RPG-7 will feature new sights to greatly improve the accuracy of the weapon.

“There is the need to fire to longer ranges, up to a kilometer,” added Sereda. “And it must hit a tank at such a distance. Currently, the accuracy at such ranges goes beyond the tank’s dimensions. That is why a need has emerged to increase this accuracy to get the capability to hit the target and strike the tank even at a distance of up to 1 km. The firing accuracy is up to five meters.”

Another Round for the RPG-7

It isn’t just the sights that have been upgraded, and Bazalt Research also announced that it has begun serial production of the latest rounds for the RPG-7V2. Already, various munitions are produced for the platform that are capable of striking a range of targets including enemy armored vehicles and helicopters to anti-personnel rounds.

“Another munition for the RPG-7V2 has now been developed,” said Sereda. “It has the O1 designation [the serial production], has passed state trials, and uses unconventional methods of striking and disabling enemy manpower.”

The new series of rounds also promises to be 30 percent more effective than past munitions. The designers have focused on boosting the munitions’ armor-piercing, thermobaric and fragmentation effect.

“The new rounds have boosted the scope of the grenade launcher’s application,” said the head of the Defense Ministry’s 204th military representative office Colonel Leonid Maslennikov. “Today these are not only anti-tank munitions but also thermobaric and fragmentation charges that strike both the enemy’s armor and manpower.”

“I believe that this grenade launcher has a big future at least for the next 30 years, which is linked with upgrading the grenade launcher itself and developing ever new rounds that enhance it,” added Sereda. “More effective rounds will be capable of hitting a really full range of targets on the battlefield: from openly deployed manpower to most advanced armored vehicles, including those with reactive armor.”