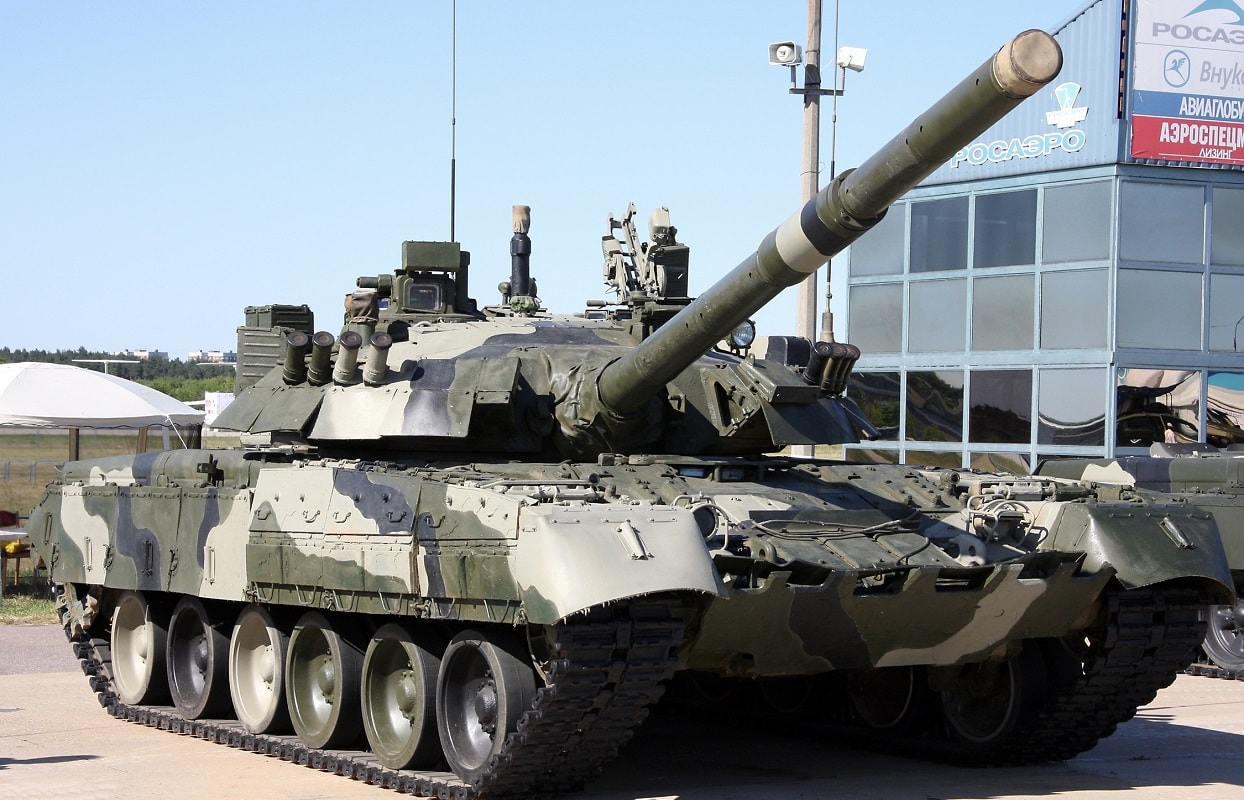 Russia’s T-80 Tank Gets the Update Treatment, But It’s Not That Special: Wait a minute. Are you telling us there is yet another Cold War-era Russian tank that has been upgraded for indigenous and export use? That’s right. The T-80 entered production in the late 1970s and numerous updates have made it somewhat popular among the various armies around the world. But despite this uptake, the T-80 variants are not that better than the T-72.

The T-80 is not top of mind like the T-72 and T-90, but it is still in use, especially the modern variants. Some of these upgrades were never adopted by the Russians due to limited defense budgets after the Soviet Union crumbled.

Belarus, China, Cyprus, Kazakhstan, South Korea, Syria, and Ukraine operate the T-80. The main modern variant of the T-80 that is utilized in Russia is the T-80BVM, released in 2017. Many thousands of the older T-80s are in storage. The T-80s have a gas turbine engine that had more difficult upkeep and maintenance issues compared to the diesel engines of the T-72.

T-80 Armor Has Been Upgraded

By 2020, nearly 200 of the T-80BVs were upgraded to the T-80BVM variant. The T-80 BVM has improved Relikt explosive reactive armor that is more effective against high-explosive rounds and sabot penetrators. Armored plates surround the tracks. Rear areas of the hull and turret are protected by cage armor.

The T-80BVM sports a 125mm 2A46M-4 smoothbore gun, which has a longer range (at least 1.2 miles) and more accuracy than older guns. This comes with the Sosna-U thermal sight. The autoloader holds 45 rounds. These are comprised of modern Svinets-1 and Svinets-2 tungsten and depleted uranium sabots. It can also fire Refleks anti-tank guided missiles with a range of around 3 miles. The missile can also be aimed at low-flying helicopters, but the munition is not believed to be that accurate against moving targets.

The Gas Turbine Engine Is Different

The gas turbine engine can push out a noteworthy 1,250 horsepower. Interestingly, this was originally a helicopter engine that was altered to be in service with tanks.

The gas turbine engine is sometimes a bit faster than the T-72 and T-90 tanks which have diesel power plants. Maximum speed is 44 miles per hour with a range of 311 miles.

This gas turbine engine costs more than the diesel models, but the T-90 is more maneuverable as a result. This engine can start regularly when confronted by cold weather so this is an advantage with the tanks when based in northern Russia.

Besides the engines, it is difficult to see what is so special about this tank. It has similar specs when compared to the T-72B3. The speed difference is not that great. The upgrade packages are similar to the T-72B3. The gun has only incremental improvements. The engine is more expensive, sucks a lot of gas, and is difficult to maintain. It would still be susceptible to an American Javelin anti-tank missile – launchers that have already been transferred to the Ukrainians. It seems that this tank should be relegated to cold weather regions and not to current battlefields in the Donbas region.