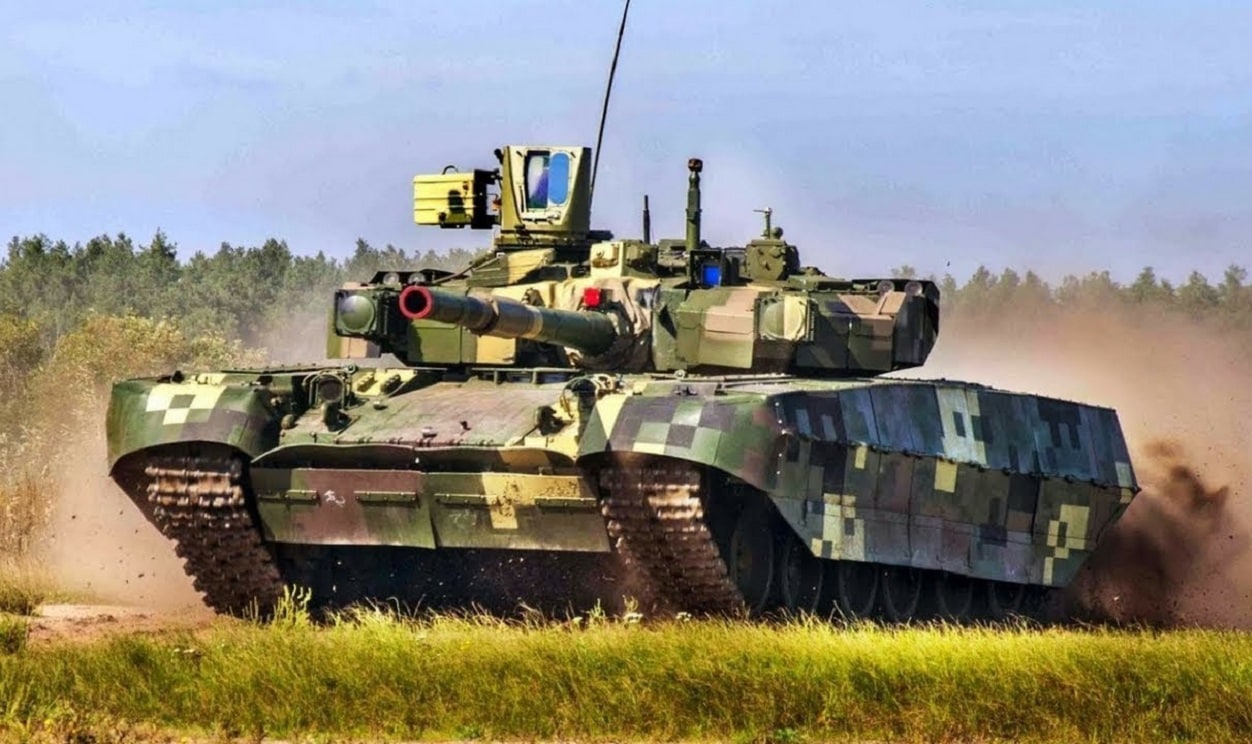 The Ukrainian T-84U Main Battle Tank Does Not Have the Numbers: Russia may have as many as 1,000 tanks, armored personnel carriers, and self-propelled howitzers along the border with Ukraine, according to recent satellite imagery released this month. And that’s just the force located north of Ukraine. About 90,000 Russian troops are on the border too.

All of this means that Ukraine needs a dependable main battle tank to plug the gaps and hold the line. The Ukrainian T-84U Oplot, based on the Russian T-80 tank, is not really ready to answer the call of duty. There are just not enough T-84U Oplots to deter the Russians.

The T-84U has a better-built turret, explosive reactive armor, and protected ammunition storage. The Soviet T-80 was built at the end of the Cold War in three locations, one of which was in Ukraine. Ukraine kept building and improving on the T-80 platform because there were thousands leftover from the Soviets, but the spare parts were all in Russia. This resulted in the Ukrainians resorting to fashioning their own upgraded T-84U.

Different Engine and Turret Than the T-80

The Ukrainians used a welded turret with better protection around the vulnerable sides of the turret. The turret is still short for a lower silhouette like most Russian tanks.

Accuracy of the T-84s Main Gun Is in Question

The main gun is a Ukrainian KBA-3 125 mm smoothbore with thermal imaging which can fire high-explosive, fragmentation, and sabot rounds. But the fire control system is suspect and that reduces the accuracy and firing range by as much as 50 percent. The autoloader has also exhibited problems.

Ukraine has an estimated 2,430 tanks in totality. But there are only a handful of T-84U tanks in service. Most of these still fighting are older and obsolete models such as the T-64. Hundreds of the T-64s have been destroyed in combat with the separatists.

Thus, the T-84U is too little too late to make a difference for the Ukrainians when it comes to defending against Russia.