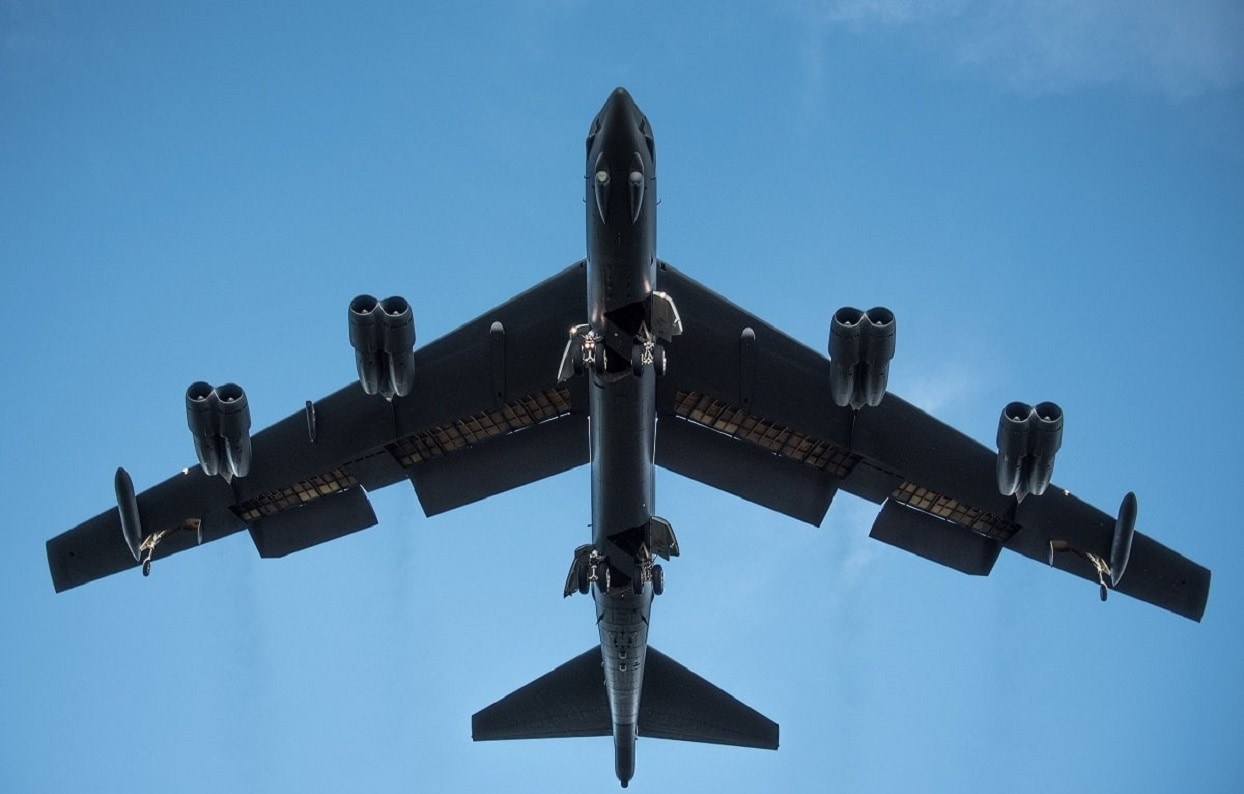 America’s Boeing B-52 Stratofortress, sometimes referred to as the BUFF, has been around for a long time. As one of America’s three heavy-payload strategic bombers and one of only two bombers capable of deploying nuclear weapons, the mighty BUFF represents the nation’s nuclear triad’s most prominent airborne leg. If the world were going to end in nuclear hellfire, the B-52 would be right in the thick of it.

But this massive aircraft isn’t relegated to apocalypse duty. In just the past two months, B-52s have been dispatched to fly long-range deterrence missions, from the U.S. to the Middle East and back, meant to remind Iran that America’s bombers can strike anywhere in the world without breaking a sweat. B-52s participate in conventional strike missions with great aplomb, using their significant range and massive payload capacity to deliver ordinance of all sorts, from unguided bombs to strategically placed Naval mines. In short, wherever there’s a fight, you can count on the B-52 to be up for it.

In today’s world full of sleek and stealthy fighters and increasingly intelligent drones, the ol’ BUFF may seem like a relic of the past, but this flying dinosaur still has some pretty impressive tricks up its sleeve.

B-52: It was designed in a single “Dayton” weekend

Boeing’s original design for a long-range, heavy payload strategic bomber shared a number of traits with the bombers that had come before it… particularly in the engine department. Their B-52 design called for the use of four massive turboprop engines, despite the introduction of (pretty inefficient) jet engines some ten years prior. Jet engines, at the time, were just seen as too fuel-hungry to offer the range this new bomber would require.

But when Boeing presented their to design to U.S. Air Force Colonel Pete Warden one Friday afternoon, he told them to get rid of the props or he’d reject their proposal outright. With the future of military aviation and a whole lot of money on the line, Boeing’s design team said they’d be back on Monday and proceeded to lock themselves in a hotel room in nearby Dayton, Ohio to get to work.

Somehow, Boeing’s aeronautical designers George Schairer, Vaughn Blumenthal, Maynard Pennell, Ed Wells, Art Carlson, and Bob Whittington, managed to design a new bomber based on Warden’s notes, and they returned with a 33-page proposal for what would become the B-52. They had even managed to build a scale model of the design using parts they purchased from a local hobby store. The first B-52 would take to the skies just four years later. Little did they realize, their hurried creation was one of the most forward-reaching aircraft designs of the era.

The B-52 has been in service for so long that it used to have a tail gunner just like the bombers of World War II. Today, the U.S. uses fighter escorts to deter or defend against attacking fighters, but the mighty BUFF was still shooting down bad guys as recently as the Vietnam War.

Two U.S. Air Force B-52Ds scored kills against Vietnamese MiG-21s in December of 1972, with the final kill taking place on Christmas Eve. The air war over Vietnam was tougher on American forces than many realize today, and more than 30 B-52s were shot down by enemy aircraft throughout the conflict. When tail gunner Airman 1st Class Albert Moore spotted an incoming MiG while aboard his aircraft called “Diamond Lil,” survival was less than assured. If Moore couldn’t down the fighter with his .50-caliber machine gun, being shot down was a real possibility.

“When the target got to 2,000 yards, I notified the crew that I was firing. I fired at the bandit until it ballooned to 3 times in intensity then suddenly disappeared from my radar scope at approximately 1,200 yards, 6:30 low. I expended 800 rounds in 3 bursts.”

When people think of ejection seats, they usually picture one or two crew members ejecting upward through the canopy of their fighter jet. The B-52, however, carries a crew of six on two levels within the fuselage, making upward ejection impossible for the two crew members on the lower deck.

As a result, the B-52 has a unique ejection apparatus that includes a self-contained ejection system for each crew member, with individual hatches for a hasty departure. Four crew members, including the pilot and co-pilot, eject up out the aircraft as you’d imagine, but the navigator and radar navigator who ride in the lower deck are shot out beneath the aircraft. 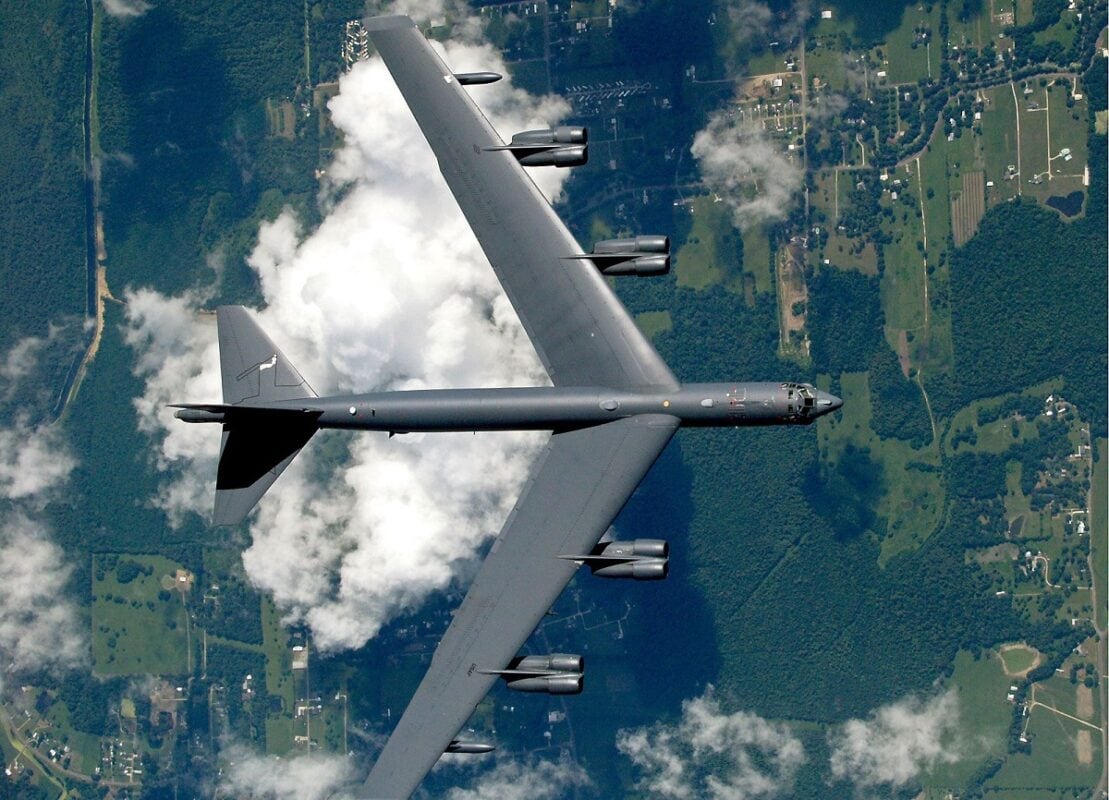 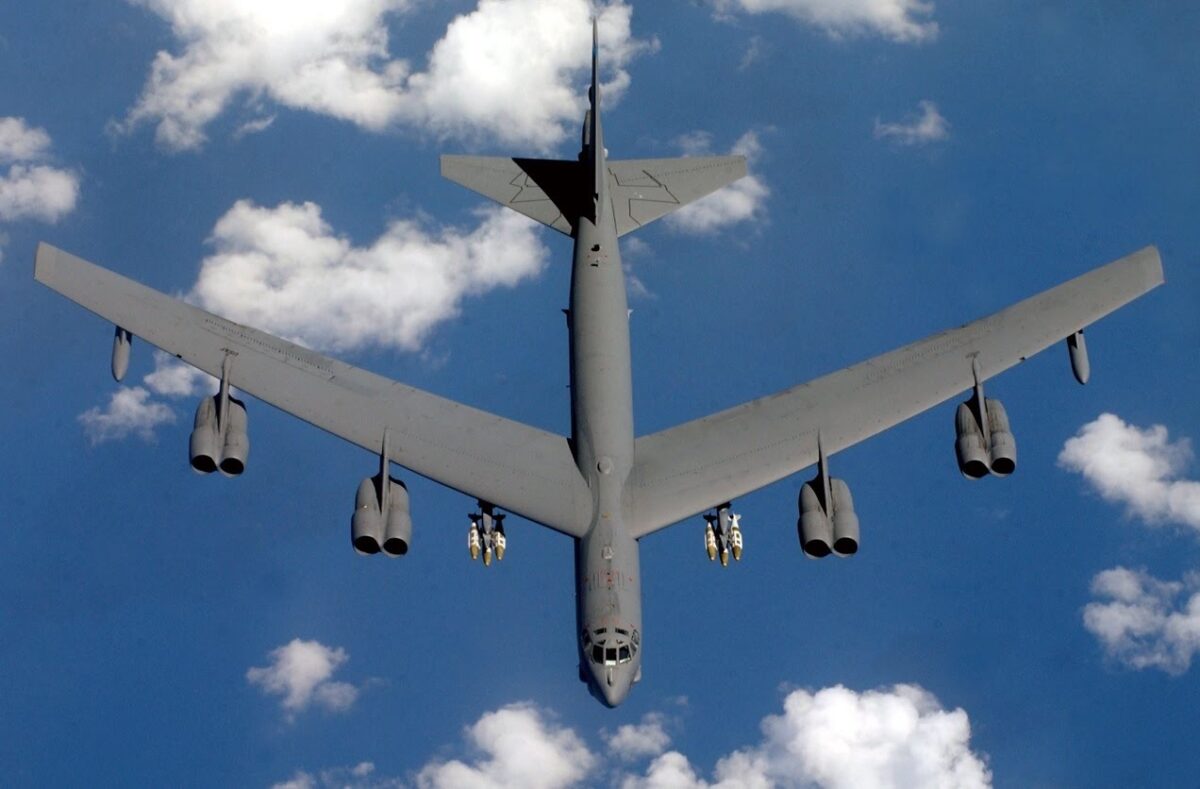 The B-52 airframe has seen repeated updates and upgrades over the years, allowing the “Stratosaurus” to keep pace or even outmatch more modern bombers. In fact, both the B-1B Lancer and B-2 Spirit were designed and unveiled during the B-52’s tenure, and both are now slated for retirement. The B-52, on the other hand, is expected to stay in service in one form or another all the way to 2060.

Seeing as the B-52 first flew in 1952 and then entered service in 1955, that means these massive bombers will have been in the sky for a hundred years before Uncle Sam finally puts them out to pasture. That longevity is an incredible testament to the aircraft’s original design and the subsequent efforts to keep the mighty BUFF as mighty as it needs to be.