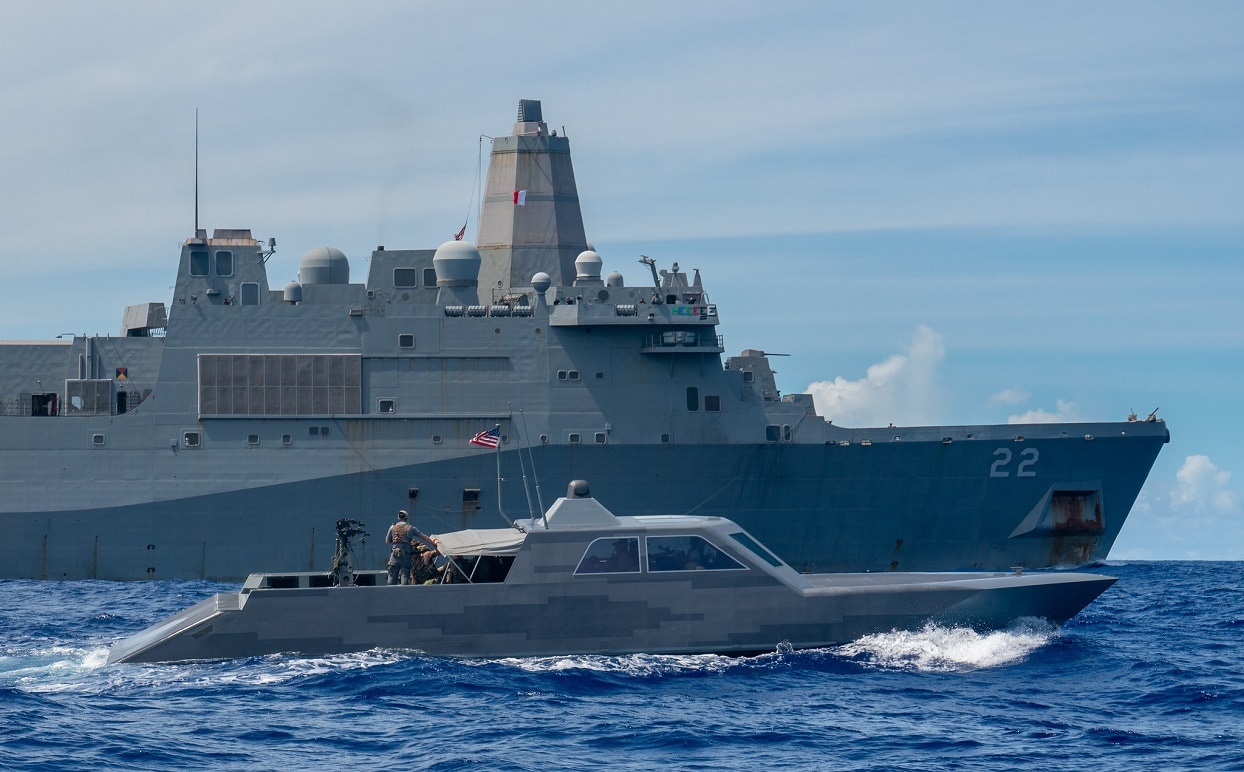 Last month I visited Naval Station Norfolk, headquarters of the U.S. Atlantic Fleet. What I saw horrified me and reminded me of stories of the rusting Russian navy in the days following the 1991 collapse of the Soviet Union. The streaks of rust symbolized the decay of our naval shipyards due to decades of neglect and budget misallocations combined with an inadequate workforce.

What I Saw: A US Navy Rusting Away

Ships such as the nine-year-old USNS Medgar Evers, named for the slain civil rights leader; the USS Arlington, an amphibious warship named in honor of those killed at the Pentagon on 9/11; and a Ticonderoga-class missile cruiser whose hull number was obscured sat rusting at the piers. They weren’t the only ones, but they were the most noticeable as I toured the base.

I’m not the first to notice this problem.

A friend and Navy veteran told me that he too had visited the base a few weeks prior and had seen what I saw. It infuriated him.

The Arleigh Burke-class destroyer USS Stout made headlines a year ago after returning from a long deployment encrusted in rust. Navy spokeswoman Cmdr. Richlyn Ivey blamed COVID for the increase in visible rust on U.S. warships in an interview with the military blog “Task and Purpose.” She claimed COVID resulted in decreased port visits during which the ships normally are painted.

Naval warfare commentator Chris Cavas has likewise documented the transformation of the U.S. fleet into a rusting eyesore. The U.S. Navy used to scoff at images of rusting Soviet ships as a sign of lagging seamanship and warfighting abilities.

“A service that once prided itself on looking sharp and being sharp has fallen by the wayside. For some years now normal exterior wear and tear on ships is left untouched or the haze gray is blighted by patchwork touchup jobs that sometimes render half a dozen shades of gray haphazardly close together,” Cavas wrote in a July 2019 “Defense News” column. “The dreaded “pinking” of paints introduced in the 1990s is being overcome, but ships don’t look any better unless they’re right out of the yard. Get too close to many U.S. Navy ships and rust streaks abound.”

Back in the early 1990s and in the Cold War that wasn’t the case, he said. He recalled visiting the late cruiser USS South Carolina as it was being removed from service. The cruiser was immaculate, Cavas said.

The U.S. Navy spent $3 billion on rust mitigation in 2014. Just as with the Soviet era, the Obama-Biden Navy has chosen to do things on the cheap and half-asked. Cavas noted the paint jobs he saw on the U.S. warships he observed were patchwork and incompetently done.

“We have to stay on top of it. We have to be willing to do the work necessary to limit corrosion on the ship. And it’s not just at the depot. It’s in intermediate maintenance and its with ship’s force. We have to recognize that this is a law-of-physics thing and stay on top of it,” Vice Admiral Thomas Moore, then commander of U.S. Naval Sea Systems Command told “Defense News” in 2019.

Moore served as an engineering officer on the USS South Carolina earlier in his career.

Moore blamed ship commanders for slacking on their responsibilities to keep on top of rust problems on their vessels.

Why Is This Happening?

A strong fleet must rest on a firm foundation. Dilapidated siding with peeling paint usually signifies a bad neighborhood and deeper problem. A rusting fleet symbolizes arrogance and a failure of leadership or at least a confusing chain of command that doesn’t impose discipline. A slacking ship captain who lets his or her ship rust clearly is not held accountable by their commanding officers.

Mismanagement seems to be the name of the game in today’s Navy.

The Government Accountability Office (GAO) found last year that the Navy improperly managed the workflow at its shipyards when it came to managing when its ships go in and out of maintenance. It also found that the Navy had only completed half of its planned measures aimed at streamlining its maintenance backlog and that it had not linked those measures to goals or action plans, Diana Maurer, director of Defense Capabilities and Management at GAO, said in Aug. 2020.

Since the end of the Cold War, the Navy has gone from having eight shipyards to four. Its overall shipyard workforce likewise atrophied. At the same time, demand for drydock space to perform maintenance on the Navy’s warships has increased.

The Navy has struggled with bureaucratic red tape that has led to the maintenance backlog. Shipyards such as the Puget Sound Naval Shipyard in Washington state suffer from badly dated equipment that is in desperate need of replacement, Rear Admiral Howard Markle said in 2017 while he commanded the shipyard. Puget Sound Naval Shipyard is not alone. Facilities at the shipyard were built between 1900 and World War II. Budget cuts made upgrading and replacing the shipyard impossible.

Navy struggles with aged drydocks that are not suitable for maintaining the current fleet let alone the additional hulls called for by current law.

“These dry docks on average, as you know, are over 100 years old and we’ve neglected them for too long,” Chief of Naval Operations Michael Gilday said last year. “And this is a strategic decision by the department to make this a priority and put the money where we need to, or we can’t sustain the fleet of the future. As you know, we’re challenged to sustain the fleet that we have now.”

Virginia-class submarines, the newest class in the fleet, can’t be serviced in many of these older drydocks. Supply chain problems recently caused the USS Gerald R. Ford (CV-78) to cannibalize parts from the future USS John F. Kennedy (CV-79). 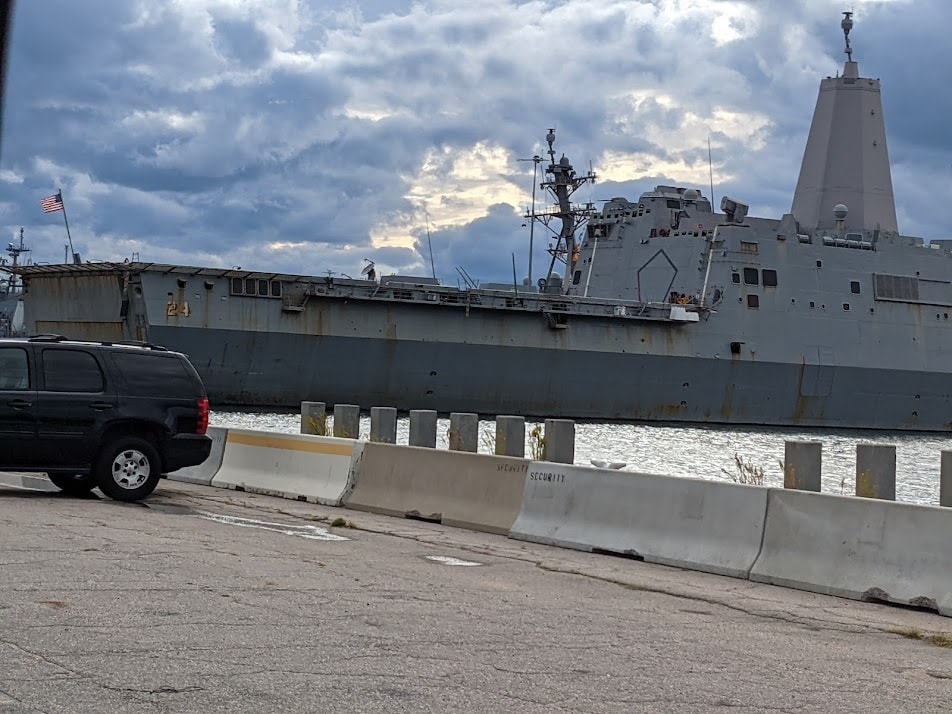 “Despite the increased number of shipyard workers and the anticipated improvements in productivity, CBO projects that the demand for maintenance over the next few decades will exceed the supply of labor in most years,” the U.S. Naval Institute reported the CBO as having said last spring.

This leads to having ships deployed longer, which has further negative costs because their replacements aren’t available. This taxes crews and ships alike.

The Senate version of the National Defense Authorization Act (NDAA) adds $21 billion to the nation’s four public shipyards in Norfolk, Va.; Portsmouth, N.H.; San Diego, Calif.,; and Puget Sound to assist with modernization. A further $4 billion would fund repairs to naval vessels in the next fiscal year.

In this article:featured, Military, Rust, US Navy, US Navy Rust