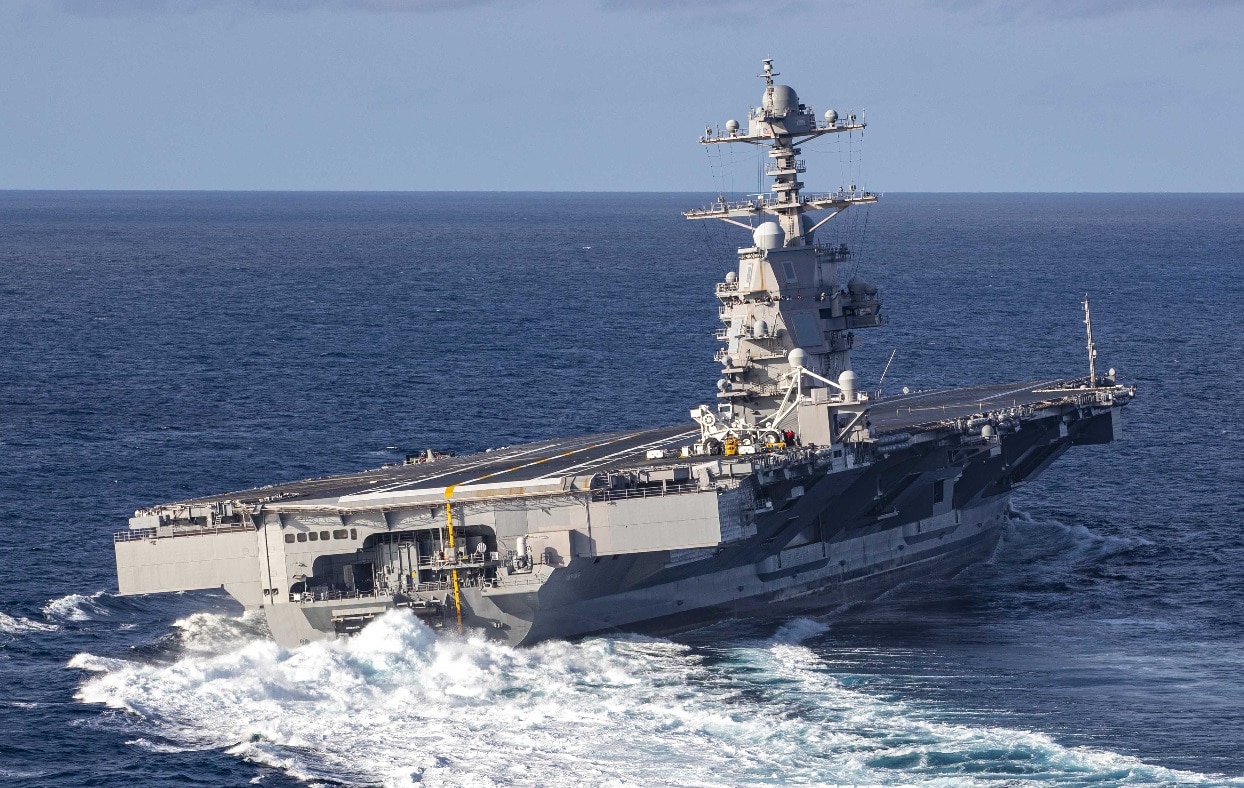 On October 2, the USS Connecticut ran into an underground mountain in the South China Sea. The Navy has fired the nuclear attack sub’s top three officers, citing loss of confidence in their leadership.

Less than three weeks after the Connecticut accident, the Navy released the results of its inquiry into last year’s loss by fire of the USS Bonhomme Richard. It attributed the tragedy to failed leadership at numerous levels.

Beyond leadership problems, both incidents revealed another critical naval predicament: its dangerously limited ability to do battle damage repairs.

In a long war with China, keeping our limited numbers of warships in the fight will be critical, especially given it takes more than three years to build a new modern warship.

In every case since 2000 of emergent repairs to the Navy’s warships, the paucity of shipyard capacity and expeditionary battle-damage repair capacity has been obvious.  The decision to decommission the Bonhomme Richard was the direct result of insufficient capacity. Experts estimate that Connecticut will be out of service for years, and these are unacceptable outcomes.

It’s telling the Navy decided to decommission, rather than repair, the fire-ravaged Bonhomme Richard to costs and the expected impact on limited repair facilities. This raised serious doubts about the Navy’s ability to sustain the fleet in war.

Those doubts were amplified recently when acting Assistant Secretary of the Navy Jay Stefany testified before the House Armed Service Committee. Stefany stated that repairs to the Connecticut would cause ‘perturbations’ to the Navy’s shipyards.

As countless GAO reports have found, the Navy struggles to complete regular maintenance work without delay. This leaves it extremely hard-pressed to deal with unexpected damage, be it accidental or combat-related.

The nuclear submarine Connecticut now awaits repairs in Guam after a five-day journey exposed on the surface of the ocean. If this had occurred during heightened tensions or a war, the billion-dollar nuclear-powered boat would have been an easy target.

Complicating things, the Navy now lacks any large floating dry docks, which proved critical in repairing the submarine San Francisco following a fatal grounding in 2005.  Floating dry docks were critical throughout the Pacific campaign of World War II, with their ability to be close to the fighting and provide timely battle damage repairs that saved ships and lives. All that remains now of that war-winning legacy is a small floating dry dock in Norfolk, Virginia.

Unglamorous for sure, deployable floating dry docks remain critical for sustaining a fighting fleet.  This point was made clear in August 2000 when an Al Qaeda suicide boat attacked the USS Cole off of Aden, Yemen.  That attack killed 17 sailors and damaged the destroyer extensively.  To save the ship, the Navy had to charter the commercial heavy lift ship Blue Marlin to return it to Pascagoula, Mississippi.  In a modern war, a combination of such heavy lift ships and floating dry docks may once again prove essential to war-winning in the Pacific.

Certainly, the Navy needs to address the leadership and training failures that led to the Bonhomme Richard and Connecticut accidents. But it’s also time for Congress to commit to a major, sustained reinvestment in rebuilding our naval shipyards and overall capacity for expeditionary repairs.

Brent Sadler is the senior fellow for naval warfare and advanced technology in The Heritage Foundation’s Center for National Defense.

In this article:China, Military, Naval War, Navy, NotHome, US Navy