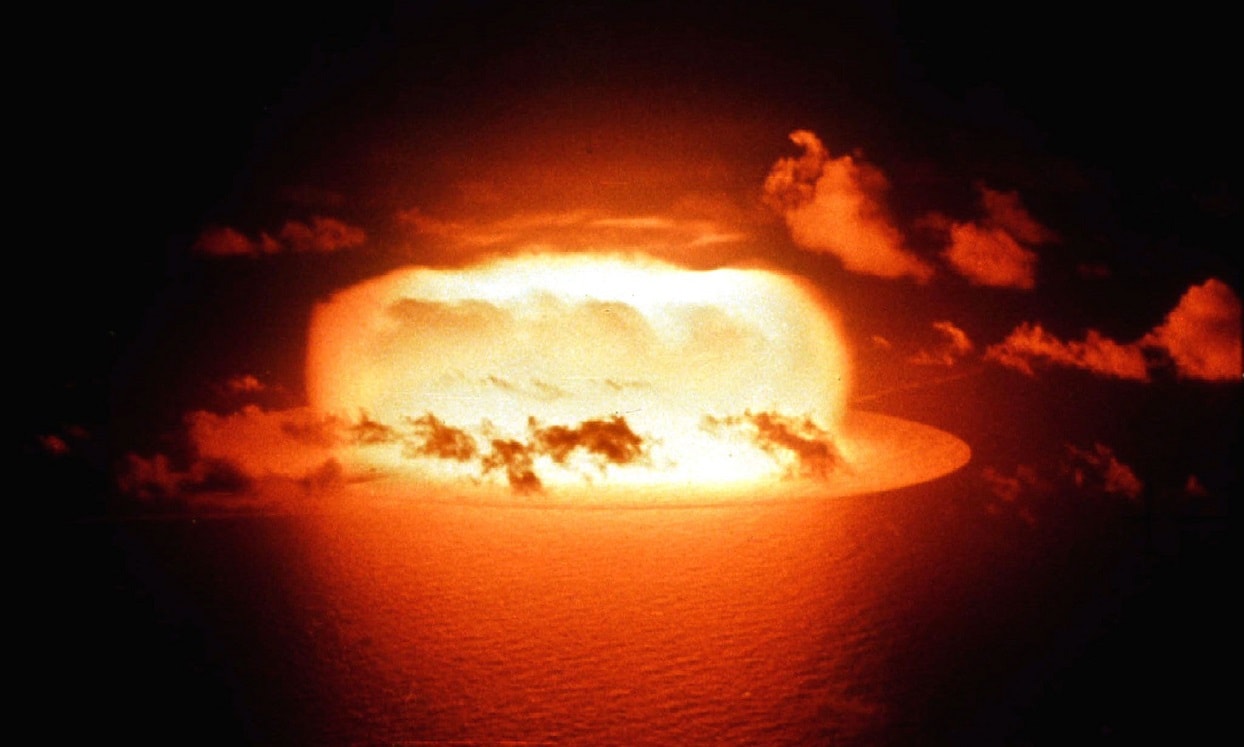 In the wake of the U.S. withdrawal from Afghanistan, I argued over at the Washington Examiner that Taiwan needs nuclear weapons to deter China. James Holmes, the J. C. Wylie Chair of Maritime Strategy at the Naval War College and a fellow 1945 contributing editor, disagreed on these pages.

Below I re-engage both because Dr. Holmes makes smart points and because this is a debate worth having.

Holmes outlined the core of his argument here: “Does a deterrent strategy demand atomic deterrence? Not necessarily. It’s far from clear that nuclear weapons deter much apart from nuclear bombardment—the type of aggression least likely to befall Taiwan.”

I am unsure, however, if Holmes’ assumptions support his conclusions.

-Holmes states: “CCP [Chinese Communist Party] overseers are vastly more likely to resort to military measures short of nuclear arms.” However, it is because Taiwan could never match China conventionally that Taiwan might need nuclear arms. Otherwise, Taipei will simply be the next ‘slice of salami’ after the South China Sea and Hong Kong.

-Holmes also argues, “History has shown that nuclear weapons stand little chance of deterring nonnuclear aggression.” Here, I disagree. The lesson of history is opposite: There is no greater deterrence to conventional aggression than nuclear weapons. This was certainly the case during the Cold War and also governed the thinking behind Israel’s nuclear capability. The major U.S. concern regarding Iran’s potential acquisition of nuclear weapons is that Iranian leaders might believe a nuclear deterrence makes them immune to conventional accountability and so believe they can lash out or engage in terror without consequence. Discussing a potential White House change in U.S. nuclear policy, Georgetown University Professor Caitlin Talmadge tweeted, “Allies’ basic concern is that the U.S. nuclear umbrella defends them not only from nuclear attack but also conventional attack. A pledge to never use nuclear weapons first sounds good unless you need those weapons to deter a conventionally superior adversary.”

-Holmes continues to explain, “A threat to visit a Hiroshima or Nagasaki on, say, Shanghai in retaliation for low-level aggression would be implausible.” This is true but what Taiwan faces is not a “low-level aggression” but an existential threat to its existence as a free country.

-After a discourse about former Secretary of State Henry Kissinger, Holmes writes, “Taiwan could field a nuclear arsenal… But would Chinese Communist magnates find the island’s atomic arsenal and displays of willpower convincing?” Here, I would commend the work of my American Enterprise Institute colleague and brilliant demographer Nicholas Eberstadt. Eberstadt has argued that because of a combination of decades of Chinese one-child policy as well as a gender balance that skews male, Beijing’s rulers face a problem: Their military rests on young men who are the sole guarantors for the financial well-being of an aging society. China has not fought a major war since this demographic imbalance became so stark. To order a conflict that would result in the deaths of tens of thousands or hundreds of thousands of young men would have a profound ripple effect on China’s social fabric and perhaps its stability. This simple fact suggests that China’s communist aristocracy would find Taiwanese atomic willpower convincing.

-Holmes makes a more sobering observation when he notes, “Founding CCP chairman Mao Zedong once derided nukes as a ‘paper tiger.’ A quarter-century ago a PLA general (apparently) joked that Washington would never trade Los Angeles for Taipei.” This really is the crux of the matter. The question then becomes whether any alliance is worth Los Angeles. What is certain is that a U.S. refusal to defend its allies will ultimately invite aggression that down the line would just as easily threaten Los Angeles. Fortunately, for all of Beijing’s bluster, it is unlikely to precipitate nuclear war over Taiwan; rather, it is more likely to push its claims to Taiwan back to the realm of theoretical rather than actionable.

Holmes and I could probably agree that wiser leadership and a more coherent strategy under presidents of both parties might likely have enabled us to head off such a discussion or policy prescriptions. There is a conceit in Washington that there is always a good option to rectify a mistake, but when driving a car off a precipice, it is too late to urge the driver to turn left or right.

Perhaps rather than lionize him, strategists should condemn Kissinger for his repeated prioritization of short-term gain over long-term success. Had Kissinger not approached Chinese communists with such naiveté, both during the Nixon and Ford administrations and after, the United States and Asia would not face such a potent enemy. That can be a debate for another day (up for it, Professor Holmes? It could be fun).

That said, after the George W. Bush and Obama administrations failed to counter China’s aggression in the South China Sea and after Trump’s team proved hollow as China broke its treaty commitments and smothered Hong Kong’s freedom, it is crucial to recognize that strategies that would maintain Taiwan’s freedom are few and falling.