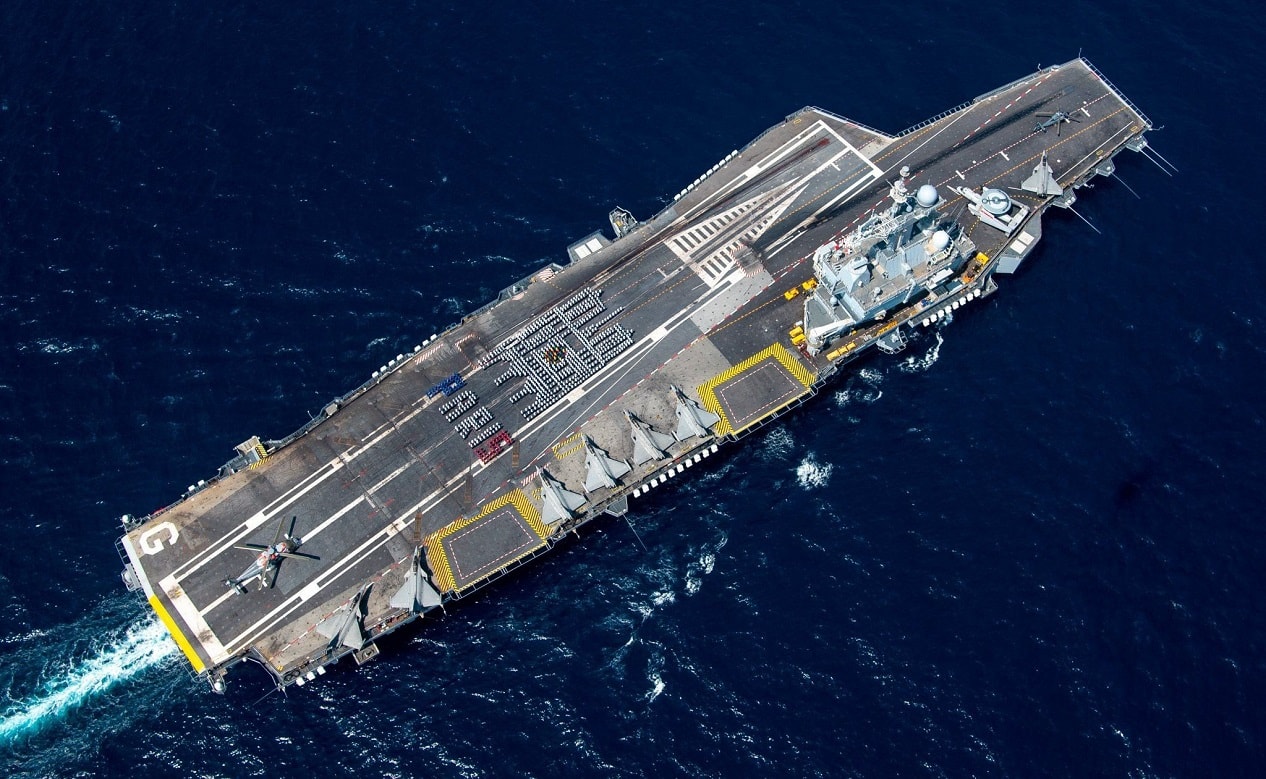 France Is Mad at America – And Buying a U.S. Electromagnetic Catapult For Its New Aircraft Carrier: France is angry at the U.S. over Australia’s decision to scuttle a $66 billion deal to buy French submarines. Instead, Australia opted to work with America and Britain to develop its own subs.

Nonetheless, this hasn’t stopped France from asking to buy a U.S. electromagnetic catapult to launch aircraft from France’s next aircraft carrier.

The estimated $1.3 billion sale includes an EMALS, an Advanced Arresting Gear system to capture aircraft landing on a carrier deck, as well as spare parts, training French personnel, and training and support equipment.

“This proposed sale will support the foreign policy and national security of the United States by helping to improve security of a NATO ally which is an important force for political stability and economic progress in Europe,” said the DSCA announcement. “The proposed sale will result in continuation of interoperability between the United States and France. EMALS and AAG will be incorporated in France’s next-generation aircraft carrier program.”

Electromagnetic catapults such as EMALS, made by U.S. manufacturer General Atomics, are the 21st Century solution for kicking jets off floating airfields. Though the first catapult launch of an aircraft was in 1912, aircraft carriers have used steam catapults since the 1950s, in which steam pressure is used to accelerate planes to flight speed. Or, they use ski-jump carriers with short, angled flight decks that launch short takeoff and vertical landing aircraft – but these suffer from limits on the weight of aircraft that can be launched.

Electromagnetic catapults replace steam models with a system of linear induction motors and magnets. This is supposed to offer numerous advantages over steam, including lighter weight, less manpower, greater reliability, and less strain on aircraft airframes. However, EMALS on the new Ford-class carriers have been plagued by reliability problems that are not unexpected for a new technology – but still, impede a carrier from carrying out its mission.

While steam catapults are a well-proven system, it’s not surprising that France has opted for a cutting-edge electromagnetic launch technology for its Porte-Avions de Nouvelle Génération (PANG) next-generation aircraft carrier. Slated for completion around 2038, the vessel will replace the aging and troubled carrier Charles de Gaulle. The new ship will be nuclear-powered, carry 60 aircraft, and will have two or three EMALS systems.

Yet it was just three months ago when the French government erupted at the U.S. over the Australia-UK-US (AUKUS) pact, in which Australia cancelled plans to buy French diesel-powered subs, and opted to work with America and Britain to develop Australian nuclear attack subs. While a French EMALS purchase had been discussed long before the Australia debacle, Paris could easily have changed its mind as payback to Washington.

But as Napoleon Bonaparte said: “International incidents must not be allowed to shape foreign policy. Foreign policy must shape the incidents.” Whatever their differences, America and France share strategic interests, such as containing an aggressive Russia and China. Not to mention that if France doesn’t buy EMALS from the U.S., then it would have to develop its own electromagnetic technology.

Or, France could buy it from another nation. China is developing its own EMALS-like launch system for Beijing’s new fleet of aircraft carriers. But in this case, “made in China” is not acceptable.