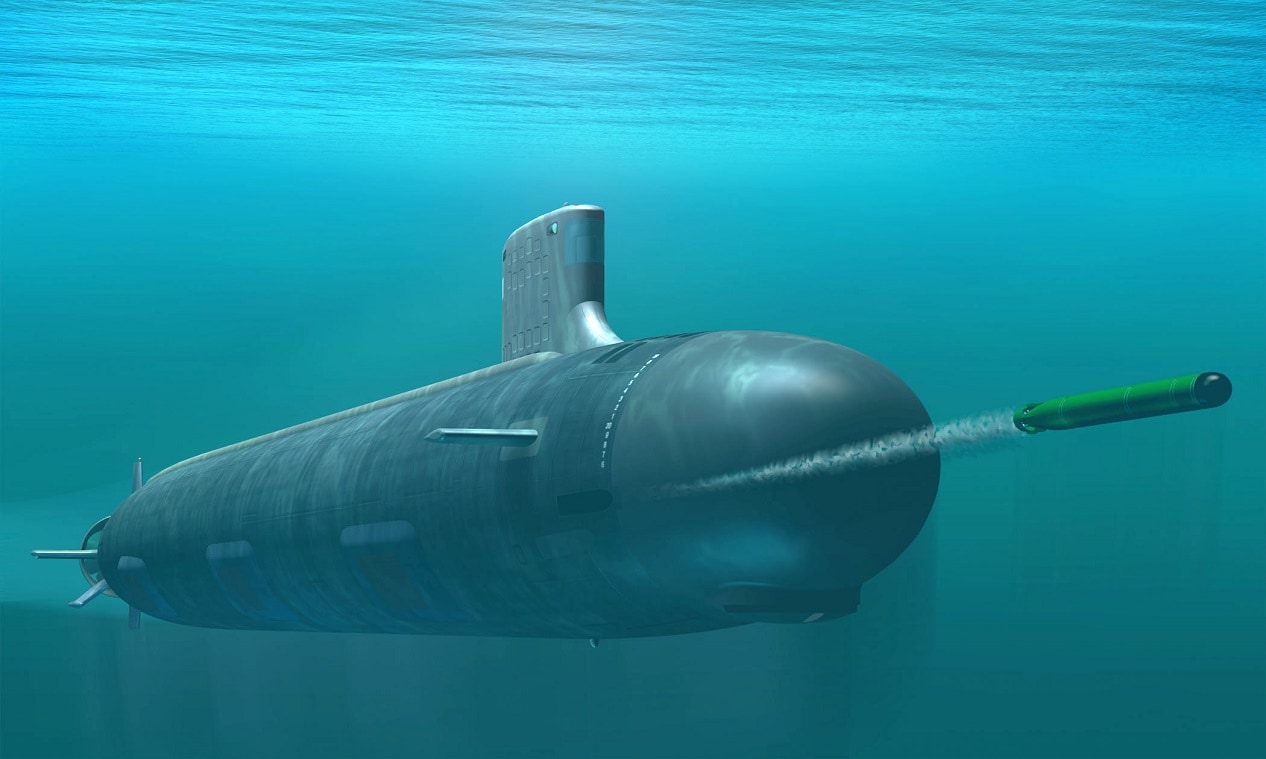 May 21, 2003 -- This conceptual drawing shows the new Virginia-class attack submarine now under construction at General Dynamics Electric Boat in Groton, Conn., and Northrop Grumman Newport News Shipbuilding in Newport News, Va. The first ship of this class, USS Virginia (SSN 774) is scheduled to be delivered to the U.S. Navy in 2004. U.S. D.O.D. graphic by Ron Stern. (RELEASED)

First, ditch the notion of building in Adelaide. Construction in Australia is the single factor that cripples Australia’s plan to acquire at least eight nuclear-powered submarines.

It’s the sole reason why delivery of the first boat to the Royal Australian Navy probably can’t occur until around 2040, making the program laughably—or tragically—irrelevant to our increasingly urgent regional security problem.

To build in Adelaide, as the government says we will, facilities there must be prepared and managers and workers must be hired and trained for an exotic new endeavor. Of course, it could all go off the rails and take longer than expected.

Worse, because we can’t begin building early, this plan implies that we’ll add a worrying additional source of risk to the schedule and budget: extensive development work. No submarine class for which deliveries would begin around 2040 can be a design that is now in production.

The only excuse for this madness is the one that supposedly justifies all our naval construction: that we allegedly can’t support naval vessels if we don’t build them. But more than a century of experience of any number of countries, including Australia, shows that that’s not true. Imported ships of off-the-shelf design can be supported locally simply by training maintainers and buying enough spare parts.

No less complex an organism than the entire fleet Australian Defence Force aircraft fleet is supported in that way.

So let’s instead plan for a rapid import program for submarines of the US Virginia class. Most of the industrial and technical challenge then becomes expanding US facilities to meet our requirement. If all went well, US industry might deliver our first nuclear submarine nine years earlier than Adelaide could, with far greater dependability in time and specification and also at lower cost. Even if things slipped by a year or two, we would still be running far ahead of Adelaide time.

The UK, the other partner in our new AUKUS security arrangement, doesn’t feature in this proposed scheme because its smaller submarine industry would be too hard to gear up to build quickly for us.

The US industry, comprising two shipyards and an array of suppliers, is currently able to build two Virginias a year, more or less. It’s also preparing to build ballistic-missile submarines of the forthcoming Columbia class. (I say ‘more or less’ because the industry has in fact been struggling with its workload. More on that soon.)

Australia should simply pay to gear up the US companies to build a third Virginia a year. It so happens that we have an authoritative and fresh quote for the price of doing that: US$1.5–2 billion ($2.1–2.8 billion), according to a Pentagon statement in June.

Considering that we formerly expected to pay at least $50 billion (in 2018 dollars) for 12 large diesel submarines of French design built in Adelaide, that gearing-up cost is manageable.

Anyway, creating an Australian construction establishment would cost more than expanding the current US one. Duplicating existing facilities usually does.

Production costs in the US would also be lower, because the experienced operation there would build at a rate three times higher than could be achieved in Adelaide.

On top of this, our boost to the US building rate would probably cut the unit cost from the current US$3.5 billion per Virginia. A saving of 5% sounds plausible. And the US Navy would get that benefit, too.

There are two complications in gearing up the US industry. One is that, since the companies are already struggling with demand, we would have to expect Washington to firm up the US’s capacity to a genuine two boats a year as we invested for its expansion to three.

Second, there’s a chance that the US will want to increase its own order rate this decade, sometimes adding a third boat a year for itself. That would increase the ramp-up challenge.

But there is nothing impossible about even a very large surge in nuclear submarine construction. It has indeed been done on a far greater scale before. In 1952, the US laid down one nuclear submarine, the first ever. Over the following three years it laid down only two more, but then five in 1956, two in 1957 and 10 in 1958.

Note, too, that we wouldn’t have to gear up the whole production process instantly, because various activities start at various times during the eight years in which a Virginia is built. Making one of these boats begins with orders for certain parts (mostly for the nuclear propulsion plant) two to three years before the main construction effort starts.

So the pacing issue is the notice needed to increase the production rate for those long-lead parts. Considering the speed of earlier ramp-ups, two years’ notice is probably enough.

Australia should immediately propose to pay to expand US capacity for making the long-lead parts.

Receiving submarines quickly is so important that we should do this even before the US agrees to supply Virginias to us at all (and it hasn’t, yet). If for some reason the whole possibility falls through, we will at least have provided the US with useful additional capacity, probably at a cost to us of no more than a few hundred million dollars.

This, then, is the proposed timetable: agree in 2021 to begin gearing up the US industry, commence long-lead production for the first boat in 2023, begin the main construction effort on it in 2025 or 2026, and take delivery in 2031. And we would order an additional Virginia each year, receiving the eighth in 2038.

Weary observers of Australian naval shipbuilding programs will roll their eyes at this, thinking that nothing works so smoothly; they might want to add two years to the schedule. Well, we could add those two years—and we’d still have eight submarines from the US as quickly as Adelaide could give us one.

But I would point out that when I say the US industry has struggled lately to deliver submarines on time, I mean that it has run months late—not years and years late, as we’re used to seeing here.

For even an off-the-shelf import program, a little development work would be needed. The Virginia class has never been an export design, so the US Navy would need to review it and remove features. At least those for handling nuclear weapons would need to come out. But four or five years would be available for this work before general construction of the first boat commenced. That should be plenty when the task is taking out functions, not adding them.

There would be one more time saving, probably worth at least a year. After that first submarine was delivered, it would quickly become operational, because it would just be one more boat in the US’s stream of reliable, ready-to-go Virginias. Also, it would probably have a largely US crew, since Australian sailors would at first be learning how to run it. And we’d use well-oiled US Navy procedures for working up that crew to operational status.

Bradley Perrett is a defense and aerospace journalist. He was based in Beijing from 2004 to 2020. This first appeared in ASPIs the Strategist.

Bradley Perrett is a defense and aerospace journalist. He was based in Beijing from 2004 to 2020. This first appeared in ASPIs the Strategist.