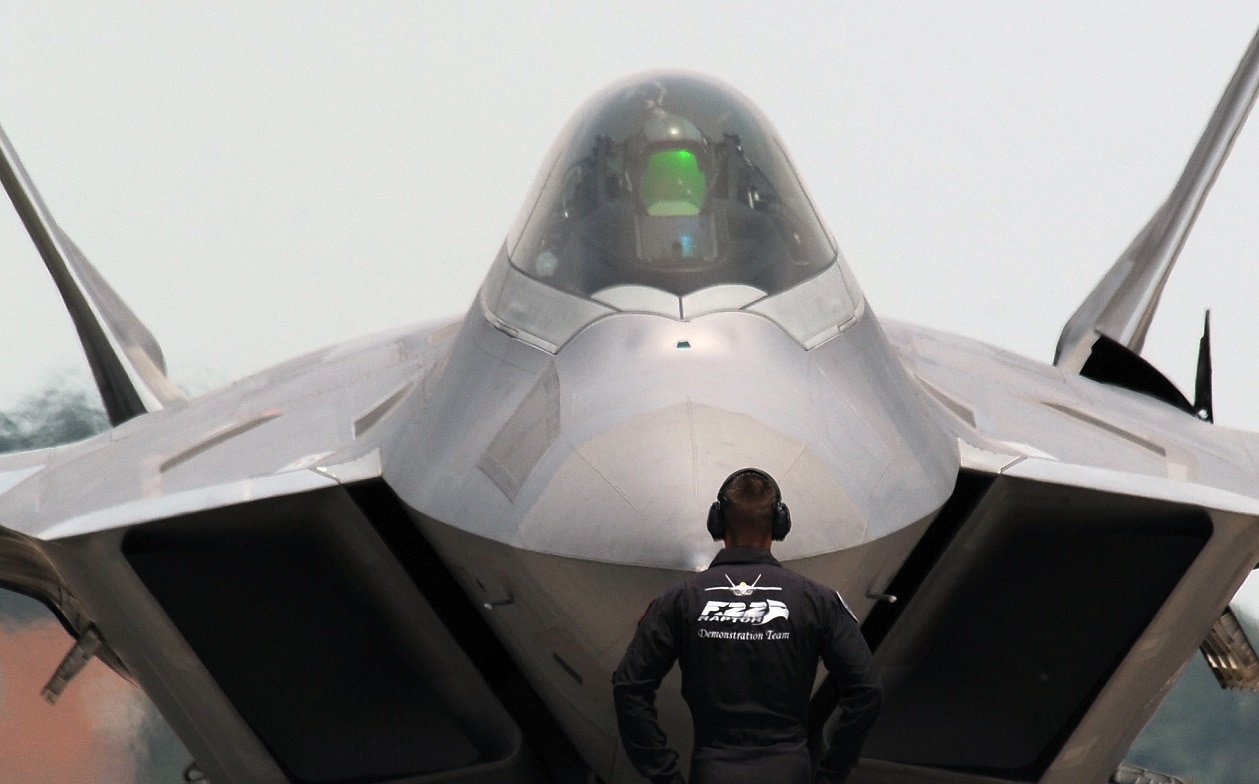 The US Air Force is getting new technology that will make it easier for its fighter pilots, especially female pilots, to urinate in flight, potentially alleviating a longstanding problem for pilots needing to answer nature’s call in a cramped cockpit.

The Air Force will be receiving the Omni Gen. 3 Skydrate in-flight bladder-relief device in the near future, Air Combat Command announced in a press statement Wednesday.

The new system has a larger bag, varied hose lengths, and improved flow rate, among other features. And pilots can turn it on and off using just one hand.

Last year, the Air Force began seeking out industry sources for its Sky High Relief Challenge, noting in its request that the service “needs an improved bladder relief system that allows female aviators to hydrate adequately and relieve themselves during flight without interfering with operations or compromising flight safety.”

Global demands and aerial refueling have increased the flight times for mission sorties over the years. In the vast Pacific theater, for instance, routine flights can easily be in excess of ten hours.

Existing bladder-relief technology was not cutting it for pilots making those flights though. “The Air Force recognized that current devices were not optimized for long-duration sorties, and as a result, aircrew were routinely dehydrating themselves to delay the need for bladder relief,” ACC explained.

This was a big problem for pilots, particularly female pilots, who the Air Force said previously would “resort to ‘tactical dehydration’ to avoid the difficulties and potential dangers of having to relieve themselves inflight.”

Dehydration can trigger a number of serious physical and mental health issues ranging from decreasing G-tolerance by up to 50% and increased risk of G-induced loss of consciousness to cognitive and visual impairment.

There is also a greater risk of developing things like kidney stones, urinary tract infections, and other health problems.

Beyond potentially harming pilots, problems with bladder-relief systems have also led to aircraft losses, as was the case in 1992, when a veteran F-16 pilot crashed his fighter jet into a hillside in Turkey while trying to relieve himself.

ACC said that 30 female airmen tested the Skydrate system, which male pilots can also use, in hours-long wear tests at the Omni facility with nine pilots carrying out flight testing at three different bases.

Sharon Rogers, the lead test engineer for the 46th Test Squadron at Eglin Air Force Base in Florida, explained that “this is a good example of using a ‘fly, fix, fly’ model to prioritize female aircrew feedback and speed up the testing process to field the device quicker.” The Skydrate system was developed and put through testing in a year.

Maj. Nikki Yogi, an F-35A pilot who participated in the testing and had a poor experience with the previous system as an A-10 pilot, said that pilots “should be focused on taking the fight to the enemy, not on whether their bladder relief device is going to work or be comfortable to use.”

The first shipments of the new Skydrate system will arrive early this month, and aircrews will have access to them by spring of next year.

The service is also looking into alternative designs, so that it can offer pilots a selection and they can choose the system that works best for them.

In this article:Bathroom, Go to the Bathroom, Urinate, Urination, US Air Force