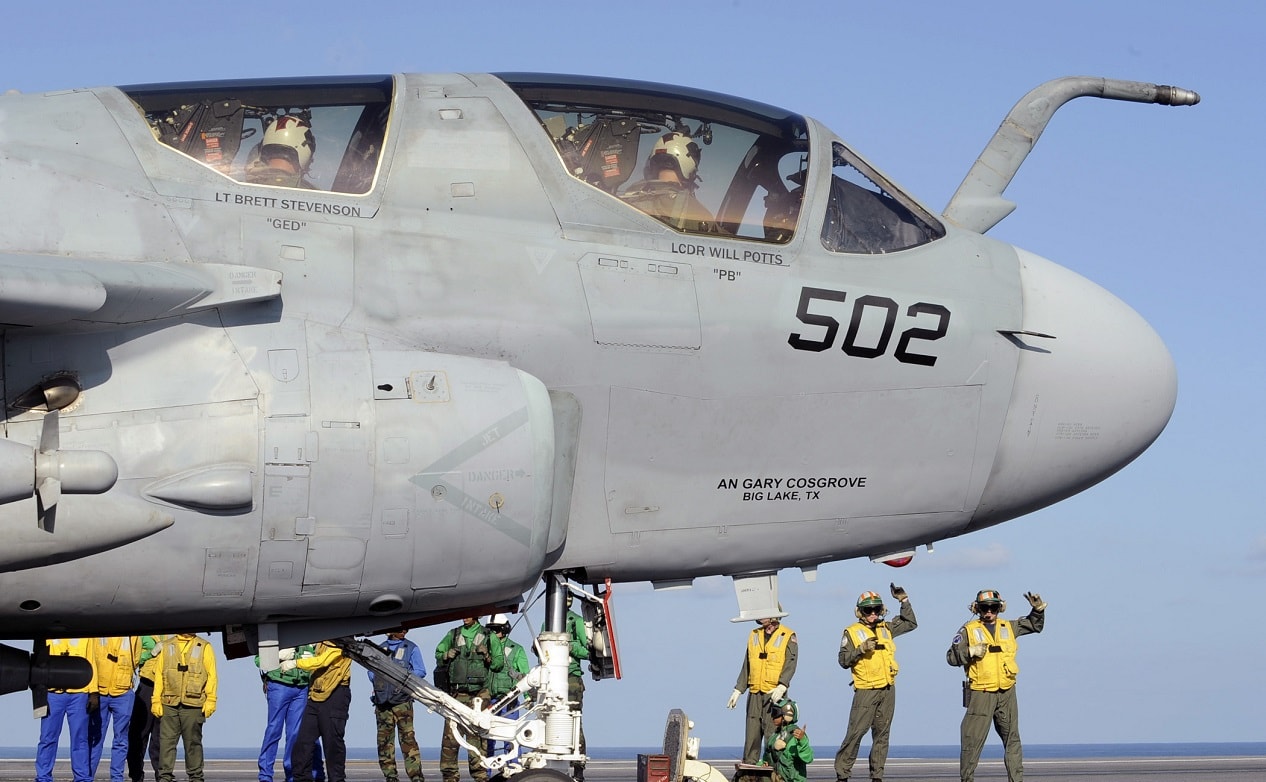 An EA-6B Prowler, assigned to the "Shadowhawks" of Electronic Attack Squadron 141 prepares to launch from a catapult during flight operations aboard the Nimitz-class aircraft carrier USS Theodore Roosevelt during carrier qualifications.

In the South China Sea, skirmishes amongst fishing fleets and coast guards near a contested shoal are commonplace. But there is a bigger fight coming. China is undermining and challenging U.S. interests and alliances in the region setting the stage for a major showdown with the U.S.

To deter a larger conflict, the U.S. must stand up to this now. Doing so will require more naval exercises and deployments – placing a premium on forward naval presence in the South China Sea.

That won’t be easy. The Navy is already maxing out budgets and crews just to keep a third of its ships deployed to check escalating menaces to Taiwan, the Persian Gulf, and Ukraine. Many more sailors and ships are needed, but also necessary is a framework for getting naval presence where it is needed and sustaining it for strategic impact.

In the past, the US Navy has established numbered fleets, like Seventh Fleet based in Japan, in order to focus attention on a hot spot. The South China Sea needs one now.

A year ago the Secretary of the Navy proposed reconstituting First Fleet at the crossroads of the Indian and Pacific Oceans. Aside from a few short-lived surges to this maritime crossroad the last coming in the summer of 2020), the Navy has been able to sustain only a couple of warships there. While Seventh Fleet routinely has 50-70 ships assigned to it, those forces are stretched thin covering vast distances from the Indian Ocean to the Pacific. Sadly, while the Biden administration’s 2021 Global Posture Review affirms the priority for presence in the Indo-Pacific, it offers little indication much will change.

Events of the last year prove again the value of forward presence in securing the maritime rules-based order, gaining diplomatic support from regional partners, and deterring Chinese provocations.  Months of Chinese intimidation of Malaysian maritime survey operations quickly abated once the U.S. Navy arrived in the summer of 2020. More recently, Chinese harassment of Philippine vessels at Second Thomas Shoal relented only after the Secretary of State made clear last month that any escalation would trigger the U.S.-Philippine defense treaty – a warning that carried weight because a carrier strike group was in Yokosuka, Japan, and a second nearby Guam at the time.

Despite these measured successes, there is an urgent need to beef up the U.S. naval presence. Since March, Chinese harassment has ratcheted up markedly. Chinese maritime militia have massed in Philippine waters, while the Chinese military has conducted record levels of military air incursions into Taiwan’s airspace. Meanwhile, our regional partners are harassed almost daily in their own waters.

On top of this comes an even greater concern: the need to deter a war in Asia. This March, Admiral Philip Davidson, the former Indo-Pacific Commander, testified that China is preparing to fight that war by 2027.

The First Fleet was originally established during World War II as a central Pacific force. If resurrected, it will return to those roots. And mark a reversal of the 1992 departure of naval forces from the Philippines, which has since afforded the Chinese Communist Party seaway to encroach and bully their neighbors in Southeast Asia.

Today’s numbered fleets cover vast and diverse areas with a mosaic of security dynamics at play. The Bahrain-based Fifth Fleet, for example, is focused on supporting the campaign against the Islamic State while ensuring unimpeded access to the Persian Gulf, Red Sea and Arabian Sea. It also keeps an eye on Iran, which has been waging an undeclared maritime conflict the past few years. 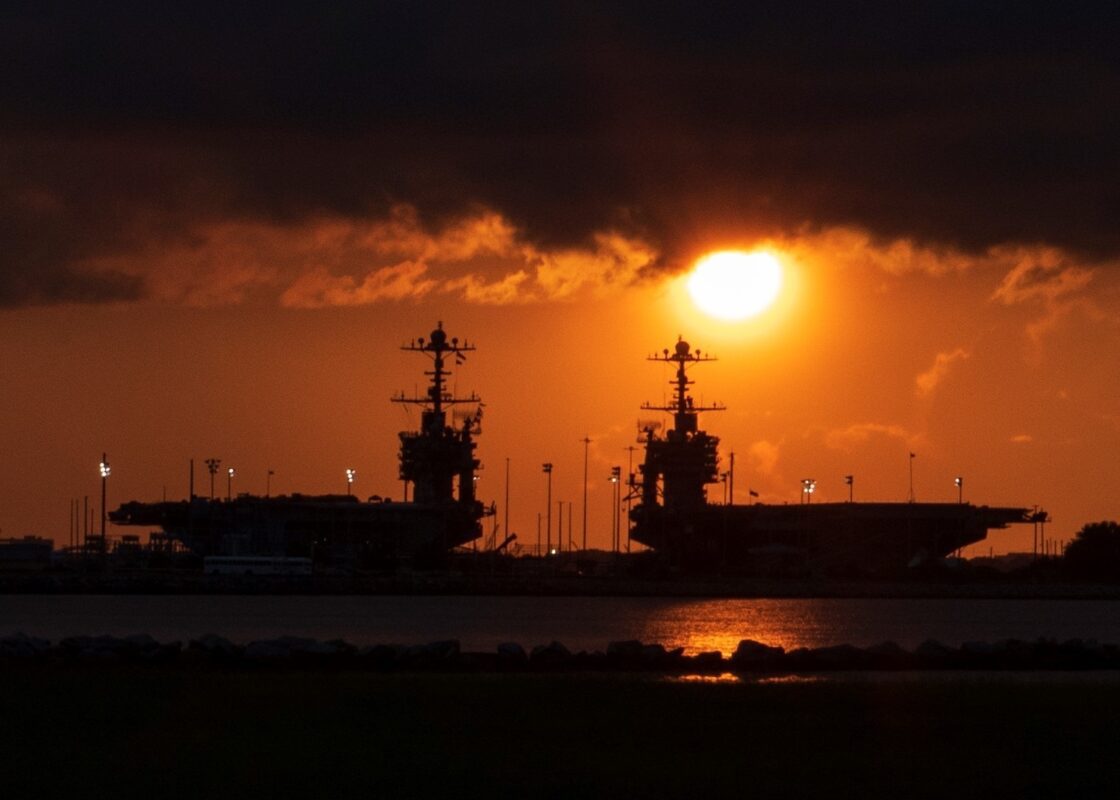 Unlike a naval group or task force, a reconstituted First Fleet led by a three-star admiral would send China a stark message: the Navy is back.  It would start as a small staff on one of the Navy’s rotationally deployed ships. Seventh Fleet did just this in 2018 when its flagship was undergoing extensive repairs.  More staff and ships would come in time.

Pushing back on China’s maritime encroachment is a prerequisite to attracting a consortium of maritime partners that will greatly bolster guarantees of peace in Asia.  First Fleet would do this and give added heft to regional diplomacy at the crossroads of Asia.  Then-Assistant Secretary of the Navy Theodore Roosevelt got it right when he observed, “Diplomacy is utterly useless when there is no force behind it; the diplomat is the servant, not the master of the soldier.”