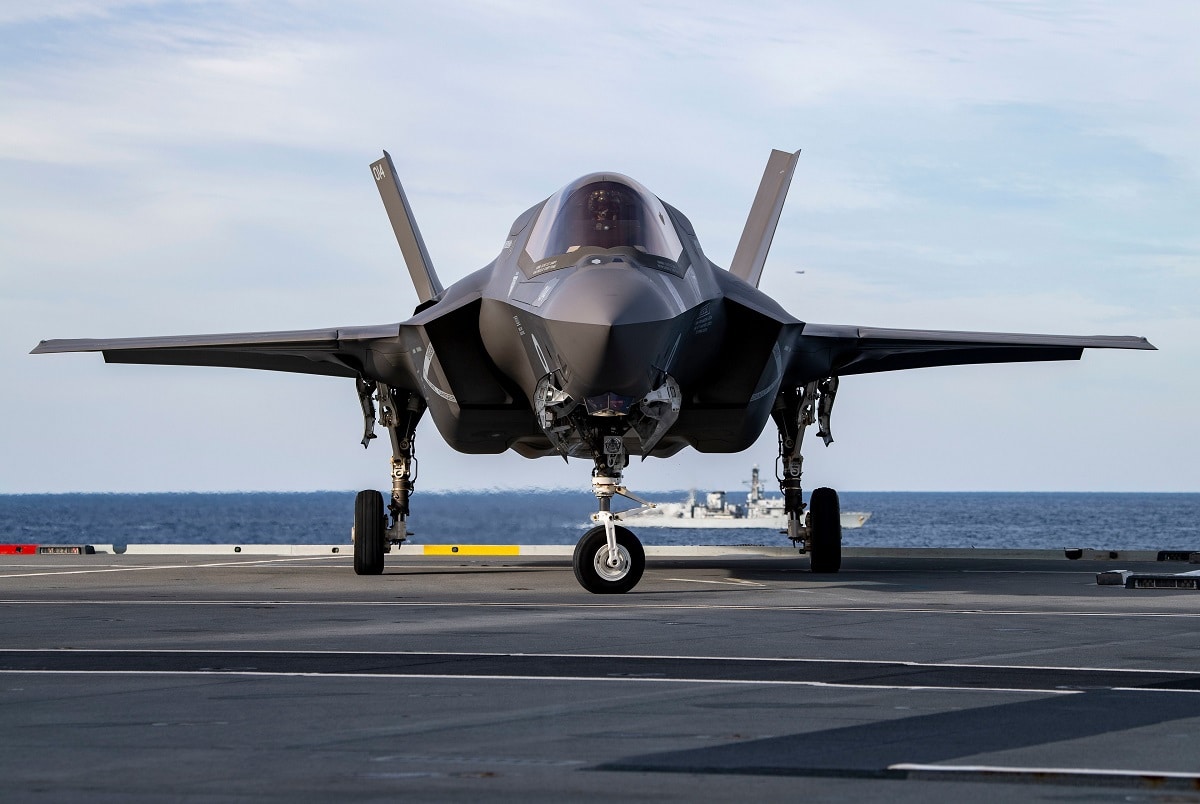 Beijing has warned the Royal Navy’s carrier strike group, led by its flagship aircraft carrier HMS Queen Elizabeth, not to carry out any “improper acts” in the South China Sea, the BBC reported on Friday. The warship had recently concluded exercises with the Singaporean Navy and Britain’s Defence Secretary Ben Wallace told the news outlet that it was no secret that the Royal Navy would conduct a Freedom of Navigation Operation (FONOP) through the contested waters that China has claimed as its own.

In defiance of a 2016 international court ruling in The Hague, China has maintained its claims on the region and has been building artificial islands that have included runways for its military fighters. Some of the islands are close to the territorial waters of neighboring states.

In a move akin to an old Hollywood western, the UK and China are squaring off to determine if the South China Sea is in fact “big enough” for two carriers. In addition to the arrival of the HMS Queen Elizabeth, the Chinese People’s Liberation Army Navy (PLAN) has deployed the flat top Shandong, China’s first domestically-built aircraft carrier.

According to satellite imagery provided by the European Space Agency and NASA/U.S. Geological Survey, the two warships appeared to be sailing on opposite sides of the disputed waters – at least some 580 nautical miles apart. The Royal Navy’s carrier strike group was sailing between the coast of Vietnam and the island of Borneo, while the PLAN’s carrier was reported to be underway just south of Hainan Island, which is its home port.

As The Drive reported, the appearance of the British flagship in the South China Sea had been anticipated and the Royal Navy announced the course the ship would be taking in advance of its now-ongoing maiden voyage. However, now that the warship has actually entered the region that Beijing sees as its own, it sends a strong message that the UK and its allies will challenge China’s expansive territorial claims.

While it is unlikely the PLAN is actually seeking a fight, it should be noted that the Shandong hasn’t sortied aircraft in actual combat, while Queen Elizabeth has done so. In June, F-35B aircraft from the Royal Air Force (RAF) 617 Squadron, “The Dambusters” and the “Wake Island Avengers” of U.S. Marine Fighter Attack Squadron (VMFA) 211, took part in the first combat operations from the Royal Navy flagship carrier –the first aerial combat operations from a British warship since 2010.

Earlier this month, the carrier conducted a transit of the Suez Canal. The deployment of HMS Queen Elizabeth and her carrier group marked a major milestone for the British Navy, and has been described as the single largest concentration of naval power to leave the country in a generation.