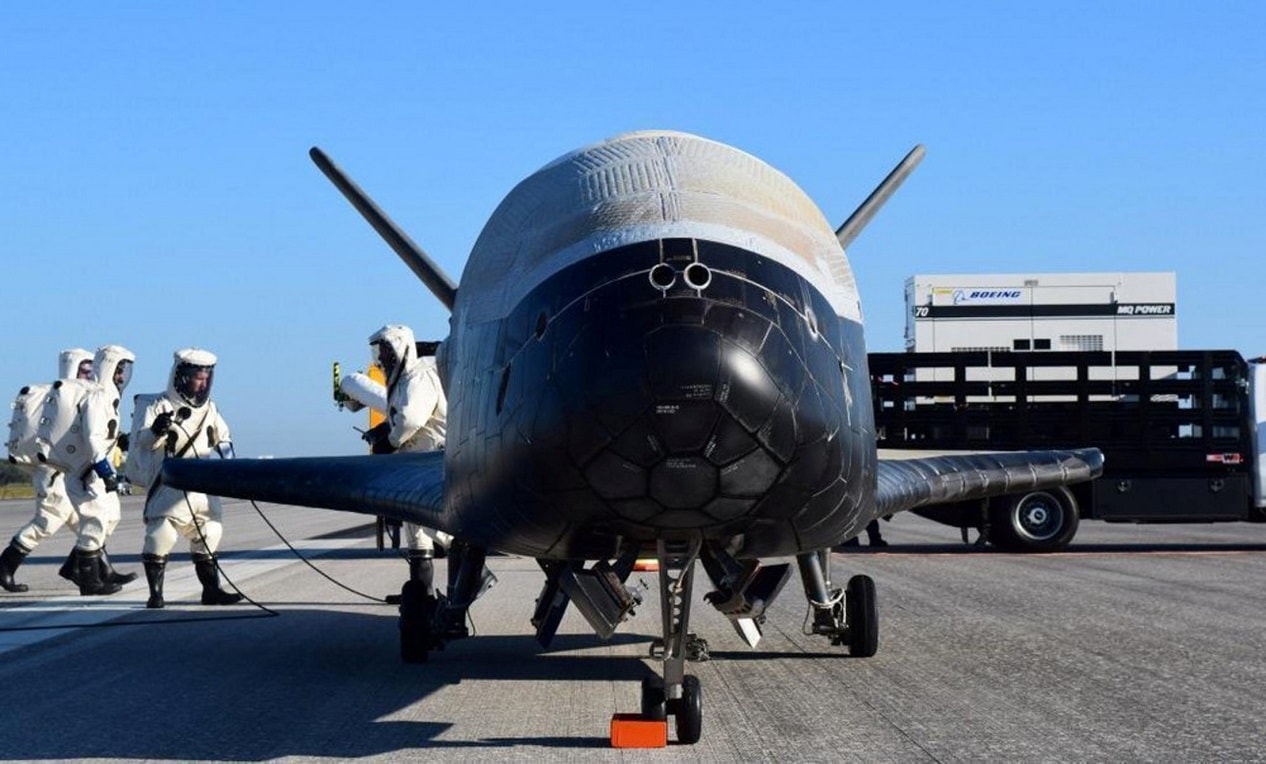 Coaxing the X-37B Space Plan Out of the Shadows: The first thing many observers notice about the X-37B unmanned and autonomous space plane is that it reminds you of a mini-space shuttle. The second characteristic of the spacecraft is its diminutive size, so small that two X-37Bs could fit in the retired space shuttle’s payload bay. It’s also re-usable – landing horizontally on a runway to end each mission. NASA, DARPA, and the Air Force has always kept details about the X-37B close to their chest. Let’s take a look at what we do know and whether the X-37B could be a target in a potential space war.

Timeline of the X-37B

Historically, NASA started the X-37B program in 1999. It was then sent to the U.S. military in 2004, headed by DARPA, the secretive agency for research and development on cutting edge projects.

Finally housed within the Air Force’s Rapid Capabilities Office, it became known as the Orbital Test Vehicle that is placed into space on the Atlas V or Falcon 9 rocket.

The first launch was in 2010 and four other missions commenced to give the X-37B 2,865 days in orbit. The sixth launch occurred in 2020 with the U.S. Space Force being tasked with different tasks during the mission.

Long Orbits for the Spacecraft

The idea behind the X-37B is to gather data on best practices for reusable vertical-launch spacecraft and conduct experiments while orbiting, spring the incredible capability that it can orbit up to 780 days. Then the craft brings the scientific results back to earth for further investigation.

The X-37B is also a technology demonstrator for the study of everything from navigation and control to high-temperature seals to autonomous orbital flight.

The X-37B is only 29-feet long with a payload bay that is about 8-feet long – so not a lot of room for cargo. In space, it’s powered by lithium-ion batteries. The solar cells extend out of the payload bay while orbiting.

China May Have Its Own Reusable Craft

China reportedly may have a reusable spaceplane too. It is believed to be a vertical launch and horizontal landing craft. In 2021, it took off from Jiuquan Satellite Launch Center and then landed at an airport around 500 miles away at Alxa League in Inner Mongolia. There was another launch and recovery in 2020.

Do These Spaceplanes Have Military Capabilities?

The potential for military use is probably mere speculation based on science fiction movies. We just don’t know much about the Chinese space vehicle. The X-37B is likely too small with a tiny payload to house any weapons. Plus, the American craft is easy to spot as it orbits more like a satellite.

But things are not exactly peaceful in space. China in 2007 used a ballistic missile with a kinetic warhead to destroy one of their own satellites. This created an estimated 3,000 pieces of space debris. In November of this year, Russia launched an anti-satellite missile to blow up one of their own satellites as well. This created 1,500 pieces of orbital debris and the International Space Station astronauts had to seek protection in capsules.

1945 recently conducted an analysis of what constitutes a space war. It concluded that the U.S. Space Force needs an underlying theory and strategy to devise its unique role in national security. Perhaps the X-37B could be re-assigned a new job in conducting experiments based on space debris and satellite survivability. If possible, an early warning capacity regarding the location of space debris would be a welcome capability for the X-37B.