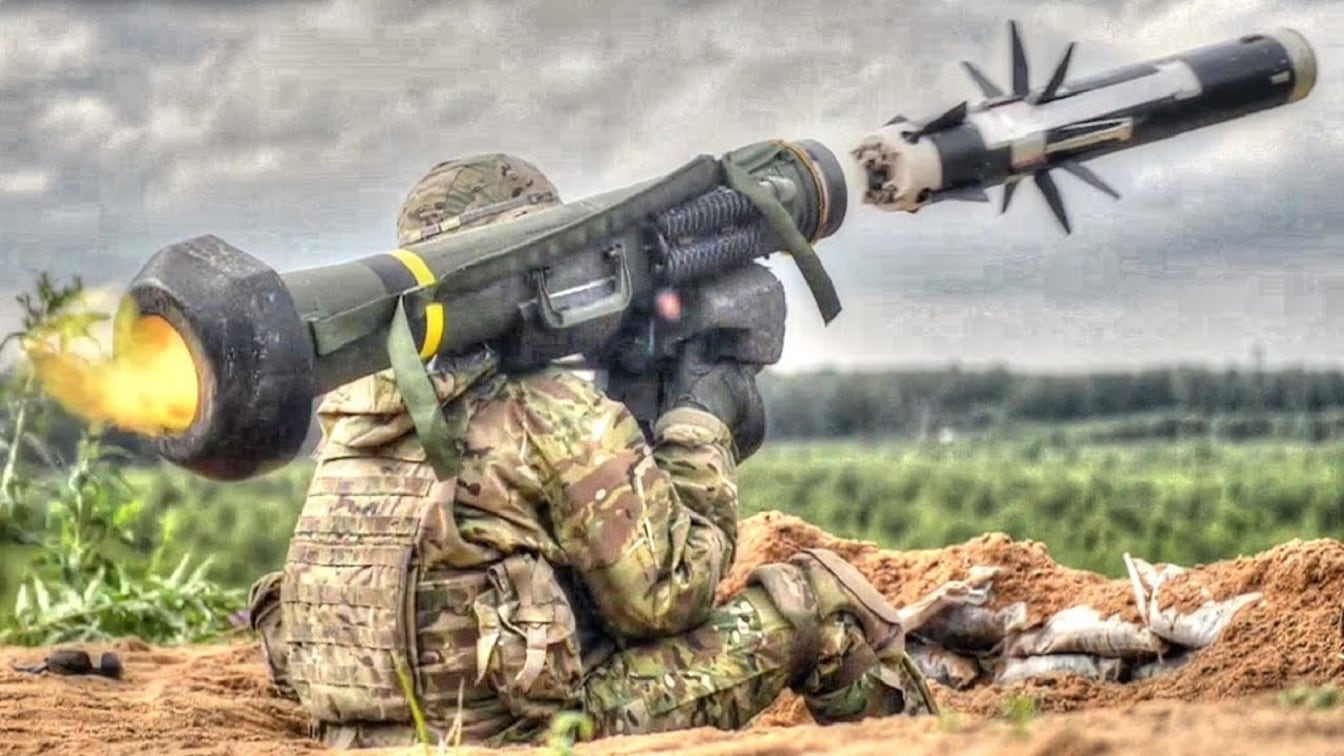 Javelin Is the One Anti-Tank Weapon Putin Truly Takes (And Ukraine Keeps Buying): Need to reach out and touch an enemy tank and send it to an early grave? Look no further than the Javelin anti-armor system. This is one of the best anti-tank missiles in the world. The U.S. transferred a large number of Javelin launchers and missiles to Kyiv over the last three years, but will that be enough to stop the Russians from a potential armored invasion of Ukraine?

How Does the Javelin System Work?

America’s Javelin FGM-148 is a force multiplier for mounted and dismounted infantry. The Javelin is portable, reusable, and shoulder-fired.

It works like this. The gunner finds a tank or armored vehicle in day or night with the Command Launch Unit. This sends an infrared picture to the seeker system. There are several imaging modes, including thermal viewing, for a lock on target. Then the missile is clear to launch.

Javelin is Deadly Against a Wide Array of Targets

From here it gets even more interesting. The first motor puts the munition five to ten yards away from the launcher. Then the main propellant kicks in. The missile flies upward at a steep angle and then can come down directly on the weak part of a tank – the top of the turret. This is what makes the anti-armor capability so great.

In direct attack mode, against walls, bunkers, and emplacements, the missile still goes up at first, but at a gentle angle, then it swoops down to destroy the target.

Javelin is a fire and forget system, meaning after launch there is no other aiming needed from the operator. This is a great advantage for soldiers and marines. The launcher team can eliminate a tank, then can take cover or scoot to another safe location while the missile is arcing toward its target and sight in yet another blast. This means the enemy has no idea where the missile is coming from. The Javelin can also be mounted on an infantry fighting vehicle.

A loaded Javelin launcher weighs only 49 pounds. It has a top range of 2.5 miles. The Javelin was used at least 5,000 times during the wars in Iraq and Afghanistan.

Do the Ukrainians Have Enough Javelins to Stop the Russians?

The Javelin is so effective that other countries want it badly, especially Ukraine, which is facing an estimated 94,000 Russian troops on its border. There are at least 1,100 Russian tanks in that massive force. Last month Moscow sent another battalion of T-80U tanks. The Ukrainians decided to load up on Javelins, but they don’t have enough of the anti-tank systems. They are expensive at $126,000 a launcher.

In 2018, the Ukrainians bought 210 missiles and 37 launchers. Then they purchased 150 missiles and 10 launchers in 2019. They have reportedly already used these a handful of times, according to a November 2021 report.

The U.S. Is Trying to Keep Up With Demand

The Russians are clearly aware of the Javelin, but will they be deterred?

The massive numbers of tanks and armored personnel carriers deployed to the north and east of Ukraine have worried Kyiv and military and intelligence leaders have called for more Javelins and other weapons systems. In September, the United States answered, announcing a $60 million military aid package with more Javelin systems included. But the current numbers of Javelins are just not enough to stop the Russians if they order a massive, armored incursion into Ukraine.