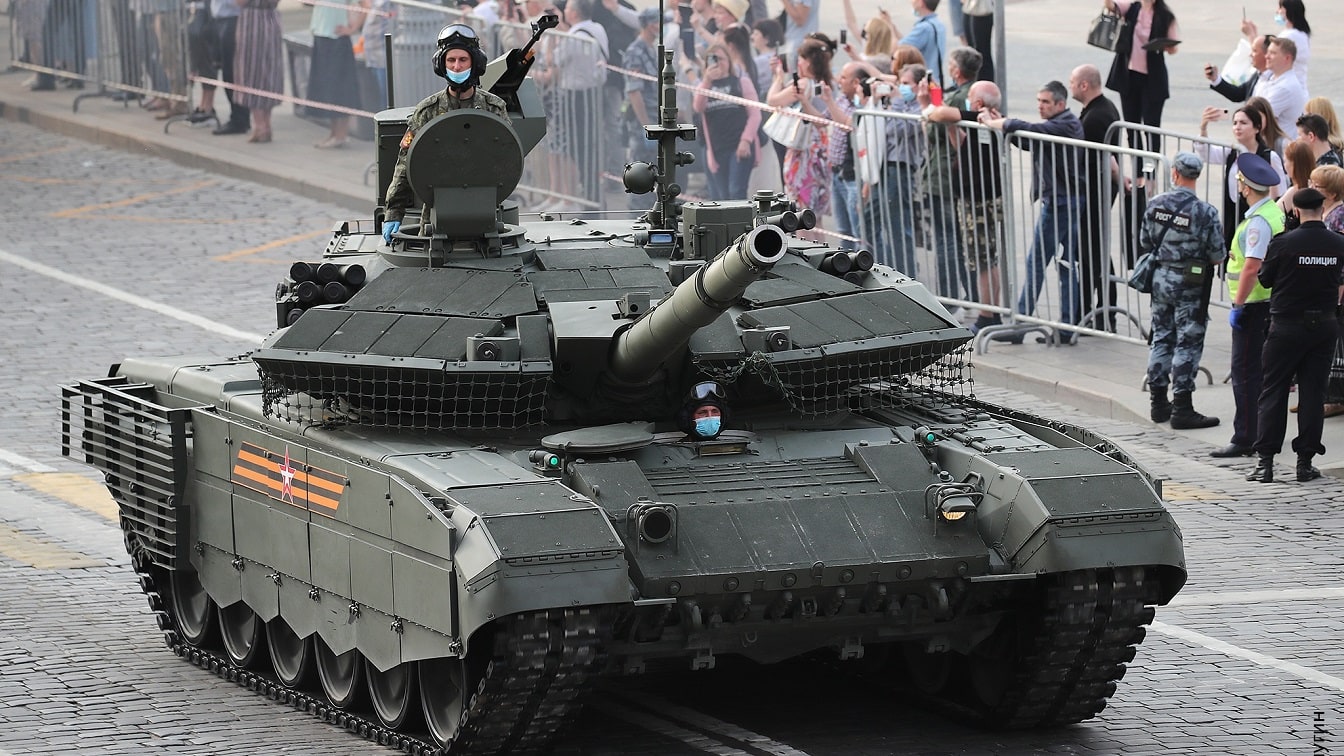 Give President Joe Biden credit for talking with Vladimir Putin over the latter’s demands for security guarantees. Yet the way forward appears blocked by Moscow’s insistence on assurances which Deputy Secretary of State Wendy Sherman declared to be “simply nonstarters.” Russian officials were equally blunt. “Our patience has run out,” said Russian Foreign Minister Sergei Lavrov: “Everyone understands that the situation is not improving. The potential for conflict is growing.”

Having invested so much, it will be difficult for Putin to back down, risking a violent conflagration in no one’s interest, including Russia’s. But progress might be possible if the US shifts its tone and perspective, and reclaims the original security purpose of NATO.

First, Washington should drop its moralistic tone. While US policies are no more hypocritical than those of other nations, Americans overdose on sanctimony. For instance, Putin and his coterie are malign actors. However, Washington has never hesitated to cooperate with and even profit from dealing with sordid autocracies. For instance, the Biden administration is shamefully solicitous of the House of Saud, which is less democratic at home and more aggressive abroad than Russia.

US policymakers also should acknowledge that they played Moscow false, offering assurances that NATO would not expand. And recognize that dismembering Serbia, supporting color revolutions in Tbilisi and Kyiv, backing a street putsch against Ukraine’s elected president in 2014, and promising to include Georgia and Ukraine in NATO could not help but disturb Moscow. That doesn’t mean Putin’s reactions were justified, but comparable activities by Russia in Canada and Mexico would generate near hysteria in Washington.

Further, the US should drop its faux outrage over the idea of spheres of interest, unless it plans to abandon the Monroe Doctrine. It should surprise no one that Putin wants what Washington imposed, sometimes brutally, in its neighborhood.

Finally, US interlocutors should drop their virtuous mien. Moscow’s forays into Georgian and Ukrainian territory were destructive, but the US did far more harm in Iraq. In just one war Washington caused the death, injury, and displacement of millions of people. That doesn’t justify Moscow’s behavior in Ukraine, of course, but America’s smug moral superiority highlights its almost complete lack of accountability.

Second is changing Washington’s perspective. Russia’s demands are about America, primarily, and the rest of NATO, secondarily, not Ukraine. Kyiv is a means, not an end. The transatlantic alliance was created by the US to safeguard American security. During the Cold War NATO did so by protecting war-ravaged Western Europe from being swallowed by the Soviet Union. The original vision was to shield European states so they could recover, not turn them into lifetime defense dependents. Observed Dwight D. Eisenhower, who opposed leaving a permanent US garrison: “We cannot be a modern Rome guarding the far frontiers with our legions if for no other reason than that these are not, politically, our frontiers. What we must do is to assist these people [to] regain their confidence and get on their own military feet.”

NATO is still supposed to be about protecting America, by ensuring Europe’s independence, even if there is no obvious reason the continent cannot look after itself. In contrast, Ukraine is irrelevant to US security. Accumulating military allies like Facebook friends has not made America safer.

No doubt, Europeans would feel more comfortable with Kyiv in the Western camp. However, incorporating a divided nation, beset by an insurgency and threatened by a nuclear-armed power, would endanger existing alliance members. Even today some Republican and Democratic policymakers advocate defending Ukraine, possibly with nuclear weapons. Adding Kyiv would turn future disputes into existential threats.

In short, Ukraine has every right to seek membership but no right to membership. This is why joining remains only talk. And why Kyiv, despite the misleading assurances it continues to receive, is unlikely to be invited to join the alliance in coming years, if not decades. Rather than proclaim irrelevant truths—e.g., that Russia cannot determine alliance membership—Washington should forthrightly explain that it expects new members to improve US security, making Ukrainian inclusion a nonstarter.

The end of the Cold War caused NATO to look for other tasks to justify its existence. Although the alliance dismissed ludicrous proposals to promote student exchanges and fight the drug war, it latched onto out-of-area activities and democracy promotion via expansion. Having rediscovered the importance of its traditional defense role after 2014, NATO should restrict membership to countries that advance that purpose.

Which yields a possible way forward with Russia. The US should tell Moscow that Washington does not intend to induct more members. Some analysts, who recognize that NATO membership for Kyiv is a distant possibility, if that, wonder why Putin is so focused on this issue. Perhaps because regular affirmations of US policy and reassurances for Ukraine raise obvious doubts. For instance, on Defense Secretary Lloyd Austin’s trip to Europe three months ago the Pentagon announced that he would “stress in both Georgia and Ukraine that there is an open door to NATO and encourage the nations to make the changes necessary for them to qualify for membership in the defensive alliance.”

Of course, Europeans contend that continental security policy should not be a unilateral US decision. However, since adding Kyiv would be threatening rather than stabilizing, Washington has an obligation to say no. Moreover, as the most capable alliance participant upon which other members resolutely cheap ride, and whose peoples declare they would prefer not to defend one another, the US must speak for itself.

Countries that contribute minimally to continental security should not expect to impose increased burdens on the US. Under these circumstances, it would be especially foolish for Washington to back admission of a state which would bring along an ongoing conflict with a nuclear power. There is no doubt who would bear the primary burden in any resulting war.

In any case, many if not most NATO members agree with Washington about Kyiv. Even at Bucharest in 2008 Berlin and Paris opposed adding Georgia and Ukraine. Existing members should join the US in stating the obvious: Kyiv is not being considered and will not be considered for membership.

Broader negotiations still would be necessary for a general settlement. For instance, both Russian and allied military deployments in the east could be limited. Restoration of the INF treaty would be ideal, though Moscow’s treaty violations must be addressed.

Of course, as a sovereign nation Kyiv would be free to say no or even refuse to negotiate. However, it would be aware that NATO membership was not in the offing. Moreover, the US and Europeans should indicate that if Ukraine refused to participate they would be prepared to strike a separate bargain with Russia and lift sanctions.

Seeking accommodation with Moscow is not just about keeping the peace with Ukraine. Economic ties with Russia matter, especially to the Europeans. More important for the US is reducing discord with Moscow elsewhere, such as in Syria, Iran, and North Korea. And no longer encouraging Russia to lean toward China. Although Moscow is never likely to join an anti-Beijing coalition, natural differences between the two states should keep them apart—but for today’s shared hostility toward America.

Crimea requires special handling. There is no circumstance, other than defeat in a general war, in which Moscow is likely to hand the territory back. Although the annexation was illegal, it almost certainly was supported by a large majority of Crimeans. In any case, they should not be bartered as if property. Regardless of how Crimea reentered Russia, its residents should determine where they end up. The allies should suggest an internationally monitored vote to decide the issue. If Moscow refused, Washington and Brussels would continue to view the annexation as illegitimate and maintain sanctions, but only on the territory.

Washington should focus on America’s, not Kyiv’s, interests in the ongoing Ukraine crisis. This policy would likely leave Ukrainians unhappy. However, President Biden’s overriding obligation is to the American people.

Now a 1945 Contributing Editor, Doug Bandow is a Senior Fellow at the Cato Institute. A former Special Assistant to President Ronald Reagan, he is author of Foreign Follies: America’s New Global Empire.