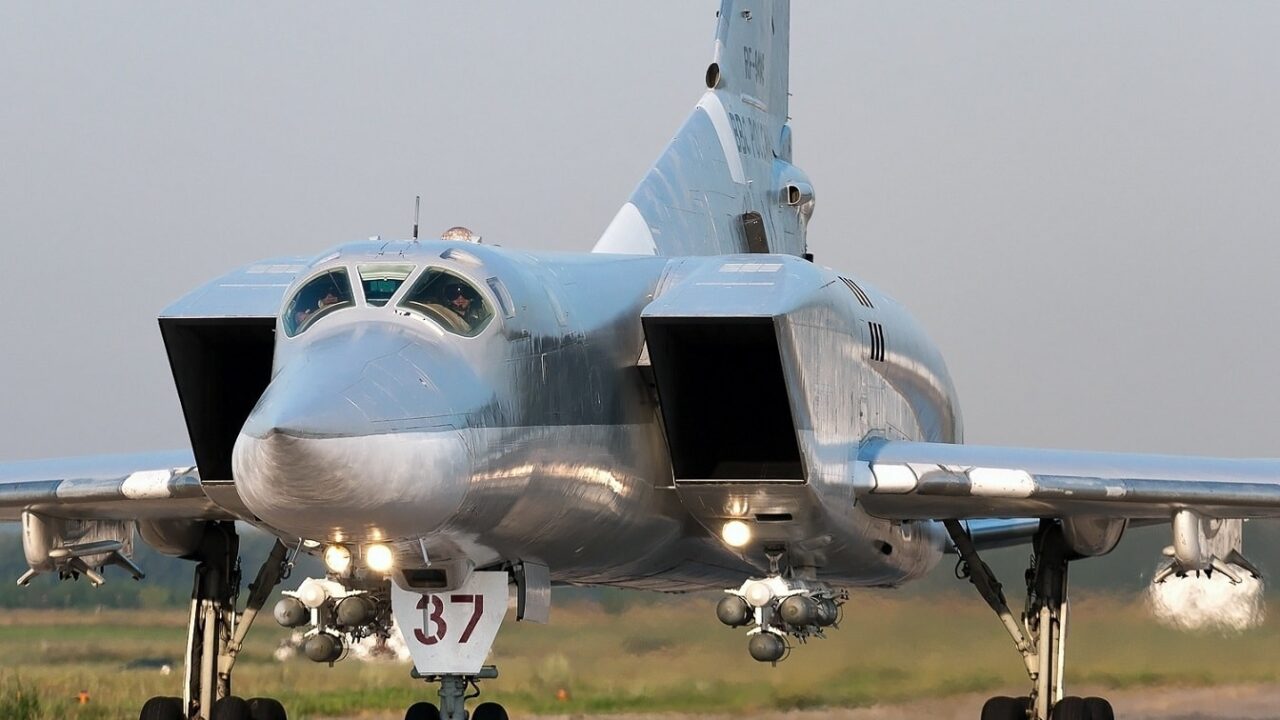 Ukraine’s Best, Last Hope to Avoid War with Russia: Stone Cold Realism in the White House: Roughly 127,000 Russian combat troops are deployed on three sides of Ukraine and poised to strike. Fleets of Russian warships, squadrons of warplanes, and its elite missile forces have been alerted and appear ready for action. At this eleventh hour, there is probably only one thing that can prevent a Russian attack into Ukraine: a sober, wise policy from the White House that recognizes the reality of the situation and that prioritizes American and NATO security.

The default position of virtually every U.S. Administration beginning with Bill Clinton in 1994 has been to “be tough” with Russia when it comes to NATO expansion. Any president that gave even the impression of hesitancy on supporting alliance expansion was accused of being weak and “kowtowing” to the Kremlin. From the collapse of the USSR in 1991 up through the middle of the 2000s, that worked, as Russia was too weak to do anything to stop the West from doing what it wanted.

Those days are gone. Russia has the world’s largest nuclear stockpile, but over the past 20 years, Moscow has rebuilt its conventional military capacity. And with the price of oil again soaring, Russia’s economic clout is rising as well.

Moreover, the more Washington has ignored Moscow’s complaints about NATO enlargement over the years, Russia and China have continually improved relations, economic ties, and military cooperation.  All of which gives Moscow considerably more leverage on its own borders than at any time since the collapse of the USSR. As Russian leaders have been telling Western leaders for many years, any further moves of the NATO alliance towards Russia’s border is a non-negotiable red line.

Just threatening more sanctions is not going to dissuade Putin from acting if he calculates that the greater threat to his country is a NATO invitation to Ukraine than economic pain. In fact, U.S. overuse of the sanctions tool has significantly weakened its use now, because Russia has experience successfully outlasting sanctions.  Its time to consider other policies, then, that still have a chance to accomplish U.S. objectives – but time is running short.

In just the last week, Russian combat forces arrayed within striking distance of the Ukrainian border have reportedly been increased to 127,000 troops, including their most accurate and lethal short range missile, the Iskander-M. Snap exercises were announced from Russia’s Eastern Military District, with troops deploying towards the Ukraine border and joint Russia-Belarus drills troops announced for February 10-20.

On Thursday, the Kremlin announced a new, large scale naval exercise that will include “more than 140 warships, 1,000 pieces of military equipment, 10,000 troops and 60 aircraft.” And on Saturday, Russia announced it was also sending two battalions of S-400 anti-aircraft missile batteries and fighter jets to Belarus for exercises. Nearly everything Russia would need to place itself on a national war footing is now in place.

This is far more combat power than is useful merely for posturing or “sending signals.” The threat of war is real and growing. How Biden responds, then, is of paramount importance. Previous generations of U.S. leaders, however, have helped contribute to today’s situation and are partially responsible for Biden’s limited options.

In January 1994, President Bill Clinton represented the United States at the NATO summit in which he, along with all the other participating heads of state, declared they “expect and would welcome NATO expansion that would reach to democratic states to our East.” Later that same year, Russian President Boris Yeltsin warned “Europe… is in the danger of plunging into a cold peace” if NATO expands east.

In June 2006, President Vladimir Putin warned President George W. Bush not to further expand NATO, cautioning that “when the military structure of NATO comes close to our borders, we react.” At the 2006 NATO Summit a few months later, Bush ignored Putin’s warning, telling the delegates that, “NATO is encouraging” former members of the Warsaw Pact and USSR to join the “path to freedom” and that all who do “will be welcomed into the institutions of the Euro-Atlantic community.”

Shortly after assuming office in early 2009, President Barack Obama said it was important to “send a clear signal throughout Europe that we are going to continue to abide by the central belief … that countries who seek and aspire to join NATO are able to join NATO.” Then-president Dmitry Medvedev countered that “before making decisions about expanding the bloc, one must think about the consequences.”

Those consequences were partially realized in 2008 when Russian troops made a limited incursion into Georgia, which effectively ended their drive for NATO membership. Putin went a step further in 2014 when Russia annexed Crimea. In case anyone is in doubt as to Putin’s motivation for the conquest, he dispelled them in a speech in March of that year, in which he said that if Ukraine had become a NATO member, it would have meant, “that NATO’s navy would be right there in this city [Sevastopol] of Russia’s military glory, and this would create not an illusory but a perfectly real threat to the whole of southern Russia.”

When Putin lamented two months ago that the West was not taking his “red lines” on NATO expansion into Ukraine seriously enough, history and current military deployments suggest its not wise to assume he’s bluffing.

Foreign Minister Sergey Lavrov said on Friday that Russia’s primary red line is the West “ignoring Russia’s legal concerns, first of all, those linked with the United States’ and its NATO allies’ advance in Ukraine,” and that the “large-scale deployment of the alliance’s forces and weapons near our border,” will have “the most serious consequences.” Numerous Washington officials have repeatedly said offering Russia any written guarantees that Ukraine won’t be invited into NATO are simply a “non-starter.” What, then, can Biden do to help prevent a Russian incursion into Ukraine while still preserving NATO and U.S. security?

First and foremost, Biden has to recognize that Russia has the military capacity to make good on its implicit threats to successfully invade Ukraine. Second, since the U.S. has no mutual defense treaty with Kyiv, America is under no obligation to risk war with Russia by fighting on behalf of Ukraine. Third, the threat of sanctions are unlikely to deter Putin from attacking.

Thus, ignoring Russia’s stated red line and hiding behind the fig leaf of threatening sanctions as a means of “looking tough,” is very likely to result in the outcome we most want to avoid: Ukraine being successfully attacked by Russia. That is not to say, however, that Biden doesn’t have some palatable options.

We are likely in the eleventh hour, but even now Biden and NATO have a legitimate chance to forestall a Russian attack by acknowledging reality: Ukraine is too weak to resist Russia and also too divided internally to qualify for NATO membership. Biden should therefore take Ukraine’s invite to NATO off the table. He should simultaneously suggest Kyiv consider declaring military neutrality. Those two steps would have a high chance of removing the threat of Russian invasion.

Ukraine could continue its engagement with the west, could continue working towards EU membership, and would be able to continue strengthening its military in any way it saw fit. In the meantime, Eastern European members of NATO should continue investing in their own national security, strengthening their military power, and increase their level of interoperability throughout the alliance.

Putin has the power to strike parts of Ukraine. He does not, however, have anywhere near the combat power to take on a 30-nation military alliance that is also equipped with nuclear weapons of its own. There is little chance, therefore, that Putin would ever go beyond Ukraine, and a good chance that he would not risk a military clash with Kyiv once the risk of having NATO on his border was removed.

Biden can either continue the line of hoping to forestall a Russian attack of Ukraine by clinging to the belief that sanctions alone will deter him, or he can acknowledge reality and take NATO membership off the table for Ukraine. Holding to the first option is increasingly likely to result in a militarily-gashed Ukraine. The second option could preserve their nation and save the lives of countless thousands. This may be Biden’s last chance to come out of this crisis with a win.