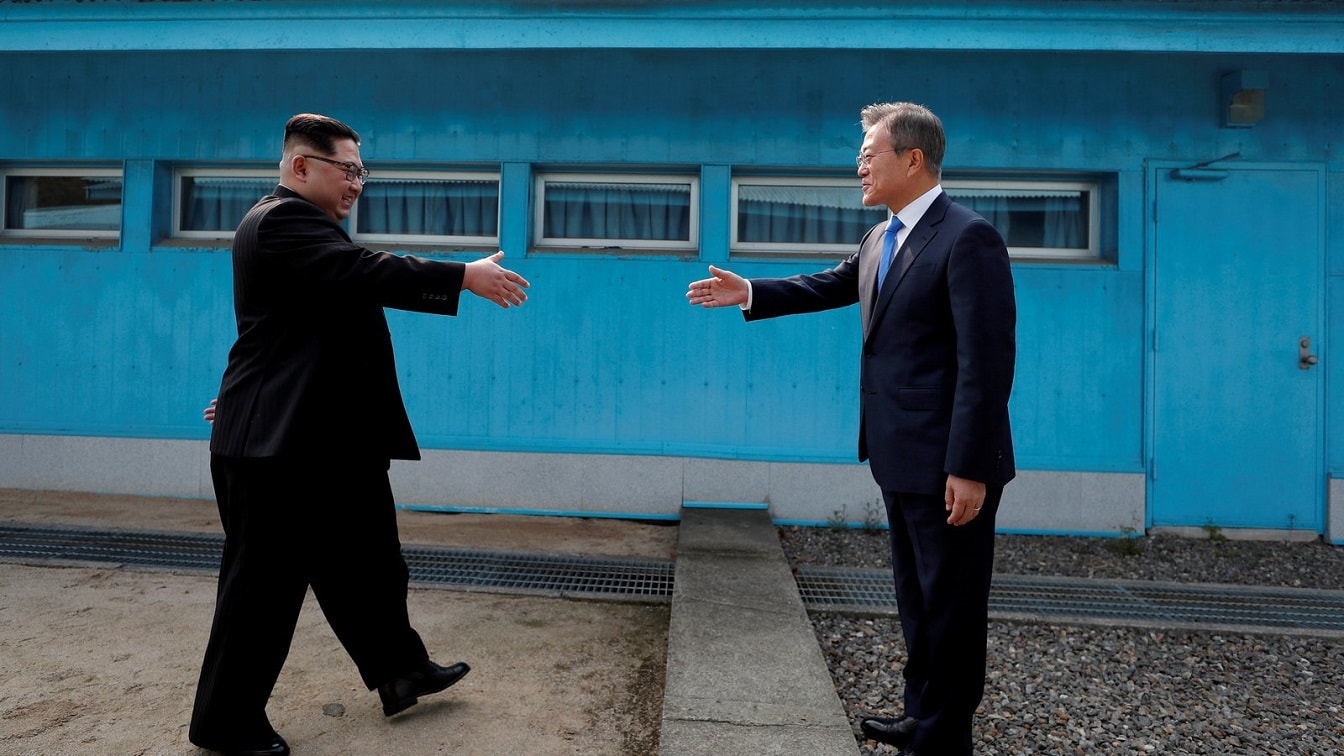 2021 in Review: The Search for a Legacy of Détente in Korea – As 2021 fades from view, so too does the possibility of a legacy for the détente efforts of South Korean President Moon Jae-In. Moon sought all year to put together a last-ditch achievement after four years of unsuccessful outreach to North Korea. First, he tried to push the new US president, Joseph Biden, to meet with North Korean leader Kim Jong Un, or at least re-open dialogue. Biden demurred. Then Moon spent the year’s final months seeking an ‘end of war declaration’ to the end the ongoing Korean War (although because it is not a treaty, no one knows if this declaration would have been binding or not). Neither panned out and now with a South Korean presidential election in two months, Moon is scrambling to find a legacy to leave behind.

It was not supposed to be this way. Moon came into office promising to revolutionize inter-Korean relations. He was the most dovish, pro-engagement president in South Korean history. He grew to political awareness at a time of deep suspicion of America’s role in South Korea and sympathy for North Korea as an unfairly isolated, brother Korean state. Unlike his hawkish predecessors, Moon sought to reach out to North Korea, to bring it in from the cold, and he was willing to clash, somewhat, with the Americans to do this.

For a short time, Moon appeared to have a wingman in former US President Donald Trump. Trump threatened war against North Korea in 2017 over its spiraling nuclear missile program. Briefly, Trump derided Moon an “appeaser.” But Trump’s interest in Korea was always instrumental and thin. He came into office promising to end America’s ‘forever wars,’ and it was never clear if he genuinely wanted to attack North Korea. Trump’s real desire was positive media coverage as a statesman.

Moon and his foreign minister Kang Kyung Wha sensed this and cleverly played to Trumps’ ego, telling him he could win a Nobel Peace Prize if he met with Kim and struck a deal. Fickle Trump did a rapid u-turn. In 2018, he pledged to meet with Kim Jong Un and did so three times through 2019. No US president had ever met a North Korean leader, and no US president had so aggressively solicited a minor, tin-pot dictator like this. Trump then pushed Japanese leader Abe Shinzo to nominate him for a Nobel Prize.

This never materialized of course, and Trump struck no bargain. North Korea offered absurdly balance-negative terms – sanctions relief for the decommissioning of one aging North Korean nuclear reactor – to the US at the Trump-Kim summit in Hanoi 2019. Trump, wisely, walked away. North Korea, curiously, missed a huge window of opportunity for a deal: the brief overlap of Moon the dove and Trump the desperate seeker of Nobel glory.

Trump’s interest in North Korea rapidly fell away. The North proved as prickly in negotiations as ever, and Trump had neither the interest nor focus to slog through a long process. By 2020, Moon’s détente, premised on the manipulation of Trump’s egotism, had failed. The incoming Biden administration signaled a return to stability and seriousness in US policy toward North Korea. Relief of sanctions on North Korea was re-tied to movement on North Korea’s weapons of mass destruction. This is actually US law, although Trump expressly downplayed it. The president is legally obliged by Congress not to change US support for North Korea sanctions at the United Nations until the North verifiably moves on denuclearization.

And here is where Moon’s effort ground to a halt, both in 2021 and throughout his presidency since 2017. He promised a breakthrough with North Korea without accepting the international constraints on his ability to deliver it. UN sanctions are international law. They flow from nine unanimous UN Security Council Resolutions on the North which dramatically restrict its commerce with the rest of the world. This binds South Korea too, which is a member of the UN. Moon has never admitted that South Korea is bound by the sanctions, and he has repeatedly suggested actions with North Korea, such as re-opening the Kaesong Industrial Zone or rail links to the North, which violate sanctions and are therefore illegal.

Moon Jae-in made détente with North Korea the focal point of his presidency, but he either rejected or willfully ignored that sanctions enforcement does not turn on South Korea’s own acceptance of the sanctions. North Korea’s nuclear weapons program is not just a Korean issue. Much of the world is frightened by the North’s nuclear weapons. The sanctions UNSCRs were supported unanimously nine times from 2006 to 2017. The UNSC has fifteen members, which means that 135 member-states voted in favor of sanctions and zero against, across a wide variety of states around the world. That is about as close to global consensus as possible in our world of diverse cultures and polities.

Moon may be right that sanctions are not the appropriate path to deal with North Korea, but that does not invalidate them or give South Korea an opt-out. Until he wins over global public opinion to roll them back, South Korea is as bound to enforce them as all other states are. There is no ‘ethnic exemption’ for South Korea as a brother Korean state to the North, and Moon should not have promised a breakthrough he could not deliver.

2021’s scramble for a face-saving ‘end of war declaration’ is recognition, at long last, of this reality. Hopefully, Moon’s successor will read the sanctions resolutions more closely, accept South Korea’s legal obligation, and try to sway global opinion rather than undercut the sanctions regime.