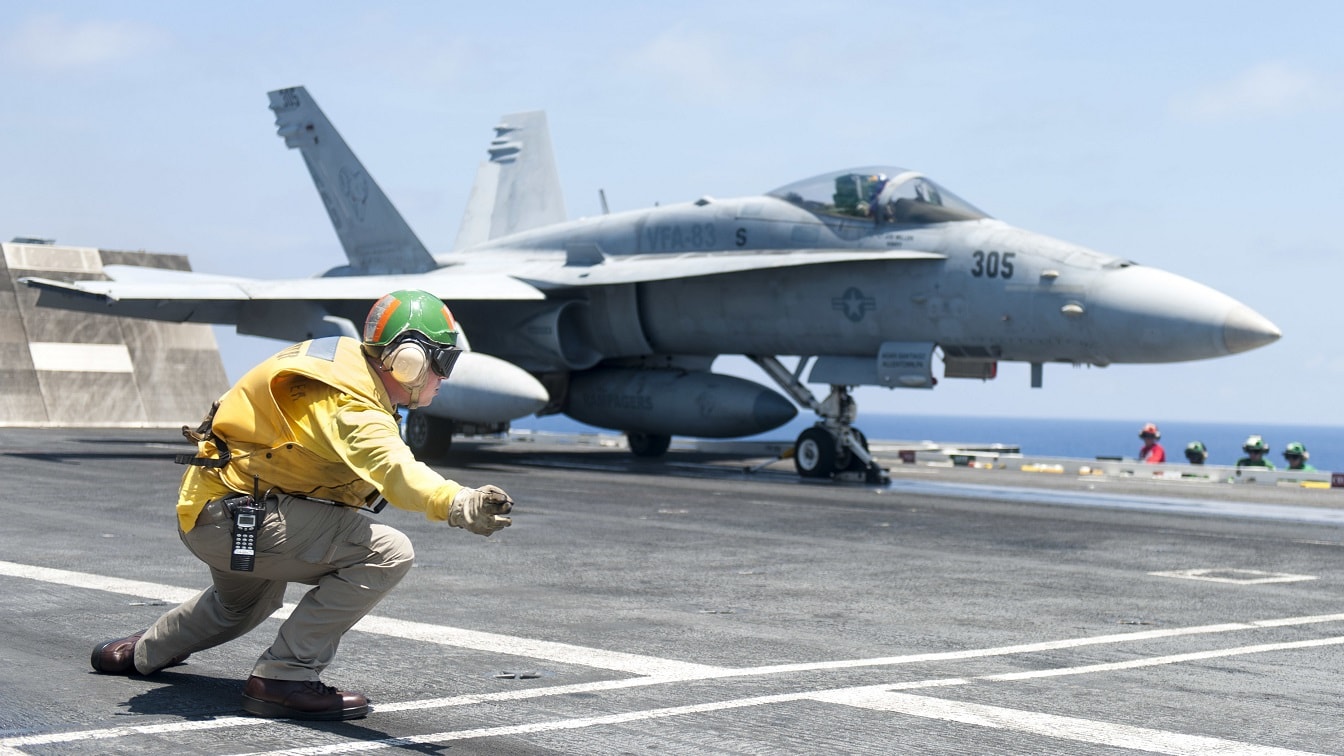 A U.S. Navy nuclear aircraft carrier strike group has altered its deployment schedule to be close to Ukraine in the event of a Russian invasion.

The Harry S. Truman Carrier Strike Group is currently in the Mediterranean Sea and could be within range of Ukraine in a short period of time.

An Aircraft Carrier In Europe, Watching Over Events Near Ukraine

Late in December, Secretary of Defense Lloyd Austin ordered the USS Harry S. Truman nuclear aircraft carrier and its escort ships to stay in the Mediterranean Sea instead of proceeding with their schedule that would have them going through the Suez Canal in the Arabian Sea and Persian Gulf.

“Our Sailors are always ready to provide flexible mission capabilities, ranging from supporting maritime security operations and provide crisis response capability, to increasing theater security cooperation and providing forward naval presence in fleet areas of operation. We are prepared to integrate seamlessly whether it with the other ships, in the skies, or across the seas,” Captain Gavin Duff, the commanding officer of the USS Truman, said in a press release after a joint exercise with the Moroccan Navy in December.

In reality, however, the lingering presence of the Truman Carrier Strike Group in the region is more of a show of support to NATO allies and Ukraine rather than a threat of force to Russia. In December, President Joe Biden said that the U.S. wouldn’t deploy troops to Ukraine if the Kremlin decided to invade.

According to the U.S. Navy, the Harry S. Truman Carrier Strike Group is on a scheduled deployment in the U.S. Sixth Fleet area of operations in support of naval operations to maintain maritime stability and security, and defend U.S., allied and partner interests in Europe and Africa

In addition, the Norwegian Navy has sent HNoMS Fridtjof Nansen, a Fridtjof-Nansen class frigate, to augment the U.S. warships. This is the first time a Norwegian warship has been part of an American carrier strike group.

But the Truman Carrier Strike Group isn’t the only major Navy reaction force that could respond to developments in Ukraine. The Essex Amphibious Ready Group is in the Arabian Sea and the Persian Gulf. Centered around the USS Essex, a landing helicopter dock, the Essex Amphibious Ready Group is comprised of the USS Portland, an amphibious transport dock, and USS Pearl Harbor, an amphibious dock landing ship.

But the task force’s main power lies in the 11th Marine Expeditionary Unit that is embarked in the amphibious ready group. This Marine Corps unit contains a ground and aviation element can conduct battalion-sized operations.

In this article:Harry S. Truman, Nimitz-Class, Russia, Ukraine, US Navy