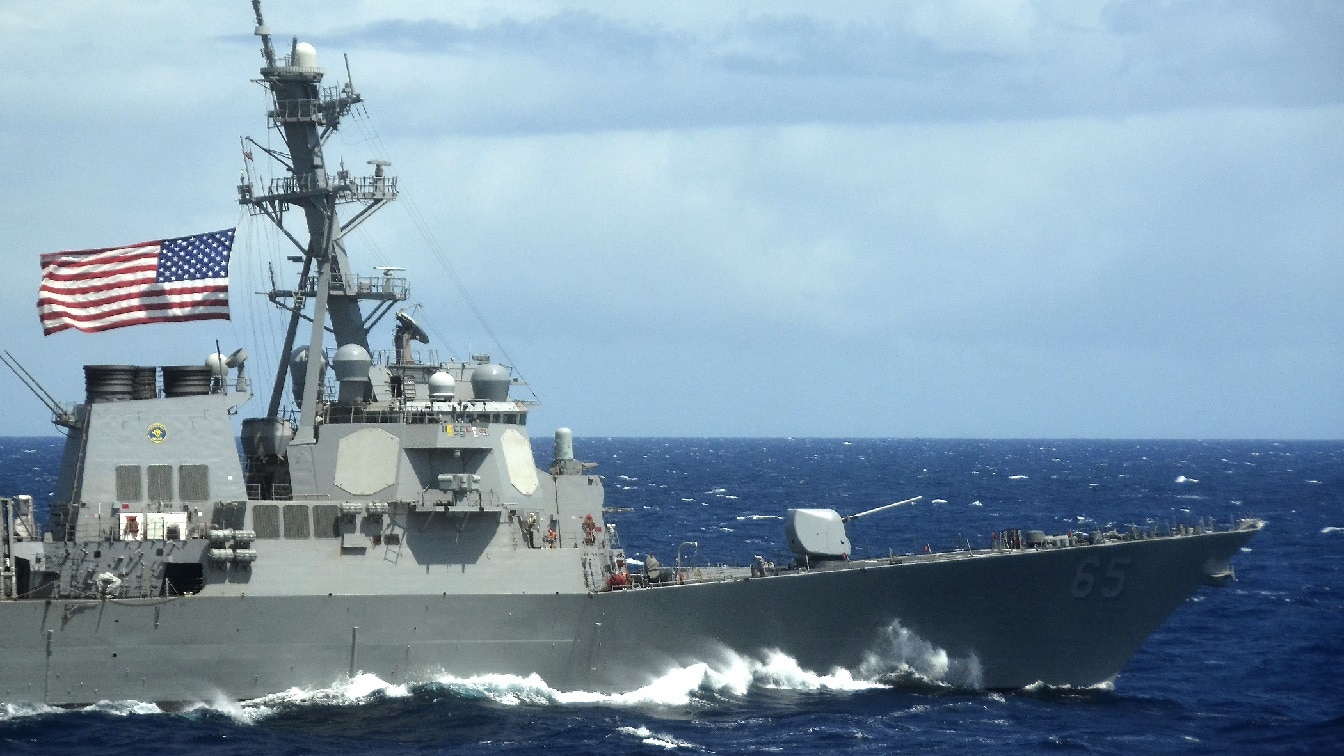 A U.S. Navy destroyer sailed through the South China Sea, challenging China’s territorial claims in the region and triggering an infuriating response by Beijing.

For over a decade, China has been advancing its claims over the South China Sea, one of the most important waterways for global trade, with whatever means necessary.

On Thursday, January 20, the USS Benfold, an Arleigh Burke-class missile-guided destroyer, conducted a freedom of navigation operation close to the Paracel Islands, a small patch of land that China claims as its sovereign territory.

Freedom of navigation operations are used to emphasize the free and lawful use of seaways by innocent shipping.

Following the freedom of navigation operation, Beijing came out with a statement, claiming the American ship violated international law and warning of serious consequences for the U.S. Navy. The 7th Fleet issued a statement rebutting the Chinese claims.

“The People’s Republic of China’s (PRC) statement about this mission is false. USS Benfold conducted this freedom of navigation operation (FONOP) in accordance with international law and then continued on to conduct normal operations in international waters. The operation reflects our commitment to uphold freedom of navigation and lawful uses of the sea as a principle. The United States is defending every nation’s right to fly, sail, and operate wherever international law allows, as USS Benfold did this week. Nothing PRC says otherwise will deter us,” the U.S. 7th Fleet, which is responsible for the Indo-Pacific area of operations, said in a statement.

“The PLA(N) [People’s Liberation Army Navy] Southern Theater’s statement is the latest in a long string of PRC actions to misrepresent lawful U.S. maritime operations and assert its excessive and illegitimate maritime claims at the expense of its Southeast Asian neighbors in the South China Sea. The PRC’s behavior stands in contrast to the United States’ adherence to international law and our vision for a free and open Indo-Pacific region. All nations, large and small, should be secure in their sovereignty, free from coercion, and able to pursue economic growth consistent with accepted international rules and norms. To this end, the United States works with a broad range of allies and partners across the region to promote and enable cooperative approaches to regional security challenges,” the 7th Fleet statement added.

Beijing has issued a “nine-dash line,” which uses bogus evidence to claim approximately 90 percent of the South China Sea. This line is disputed by several countries in the region, most notably the Philippines and Vietnam.

To enforce its claims, the Chinese Communist Party has followed a three-pronged strategy. First, it has been using its navy, coast guard, and maritime militia to harass the shipping of neighboring countries. Second, it has been surveying for and extracting natural resources from the disputed waters. Finally, it has been creating artificial islands in the area, garrisoning troops there and placing Anti-Access/Aerial-Denial (A2/AD) weapon systems, which have the potential of denying foreign warships, including U.S. aircraft carriers, from operating.

However, the Chinese claim is inconsistent with international law and has been invalided by the Permanent Court of Arbitration in The Hague in 2016. Then, the international court had arbitrated that China’s case in the South China Sea had no historic title over the disputed area and was inconsistent with the United Nations Convention on the Law of the Sea (UNCLOS), which China has signed.

1945’s New Defense and National Security Columnist, Stavros Atlamazoglou is a seasoned defense journalist specializing in special operations, a Hellenic Army veteran (national service with the 575th Marine Battalion and Army HQ), and a Johns Hopkins University graduate. His work has been featured in Business Insider, Sandboxx, and SoFrep.