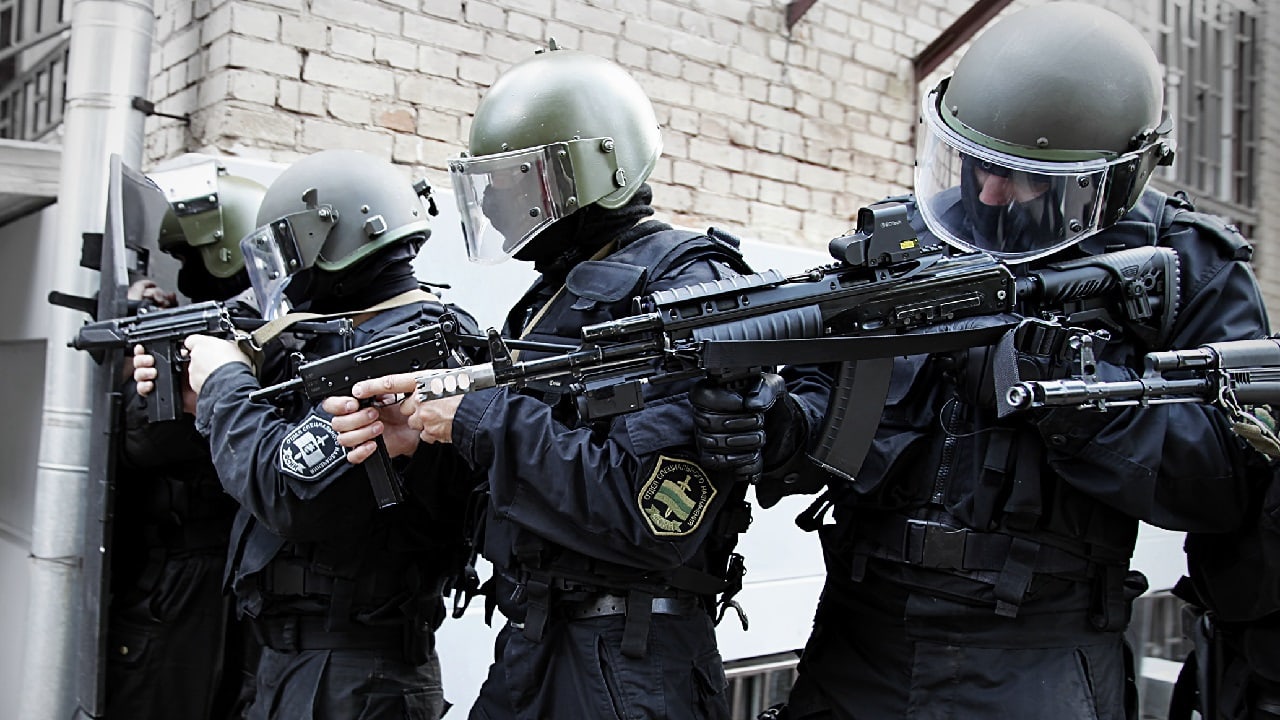 Spetsnaz is likely pairing up with Russian airborne forces trying to take over the airport near Kyiv known as the Hostomel or Antonov airport. This is a strategic international airfield located northwest of Kyiv.

U.S. Senator Marco Rubio (R-Florida) said on Twitter on February 23 that “Russia’s airborne forces are attempting to take control of the airport in #Kyiv to they can fly in forces to occupy the capitol city.” Rubio is the vice chair of the Select Committee on Intelligence, so he is well informed on what the Russians are trying to achieve.

Losing Airport Would Be Major Blow to Ukraine

Airfield seizures are classic airborne and special forces warfare. If the Russians take Hostomel they can fly reinforcements plus ammunition and supplies into Kyiv. Spetsnaz in this scenario would pull security around the airport and use the facility as a jumping-off point for a further occupation of Kyiv that could end up in street-to-street fighting.

Elite Spetsnaz shock troops could also help round up Ukrainian political leaders and take them prisoner – or even worse assassinate them. U.S. defense leadership said on February 18 that Russia has a list of policy makers that it would “target for removal.”

They Have Many Organizational Attributes

Spetsnaz isn’t one elite unit but contains several diverse operating teams in both military and police forces. Some of Russia’s best-trained troops come from Spetsnaz, or Special Purpose Units. Spetsnaz teams and mission parameters are similar to the U.S. Army’s 75th Ranger Regiment. Some even are seen as qualified as Tier One special operators akin to the U.S. Army Delta Force.

Spetsnaz personnel played a major role in taking over Crimea in 2014. They became the infamous “little green men” who seized the Crimean Parliament and raised a Russian flag over the building.

Spetsnaz can handle reconnaissance missions in which they would send targeting data to attack helicopters and fighter-bombers.

You can see Russian attack helicopters in this video on February 24 launching rockets at targets in Kyiv and at the Hostomel airport. Spetsnaz may be helping coordinate air strikes and offering damage assessments for these attacks from the ground.

One question is how the Spetsnaz are being infiltrated into Ukraine. They may have jumped in or have been airlifted in with helicopters alongside the airborne units near Kyiv, but their deployment in other areas of Ukraine may be as simple as them riding in trucks through checkpoints along the Ukrainian border. This would likely be the special forces acting as deep recon vanguard units that have plowed into Ukraine before Russian tanks and armored vehicles attack.

Photos and video from Germany’s Bild media outlet from Twitter on February 24 show what is believed to be an entire brigade of Spetsnaz proceeding into Ukraine from Rostov, about 15 miles from the border of the Donbas. It’s estimated that the special ops brigade is traveling in 220 vehicles including trucks and mine-resistant vehicles.

If these reports are true, it shows that Spetsnaz operators are playing a major role in this invasion. We’ll keep you updated on how Russian special forces are conducting their critical mission sets in order for the Russians to topple Kyiv quickly and institute regime change.