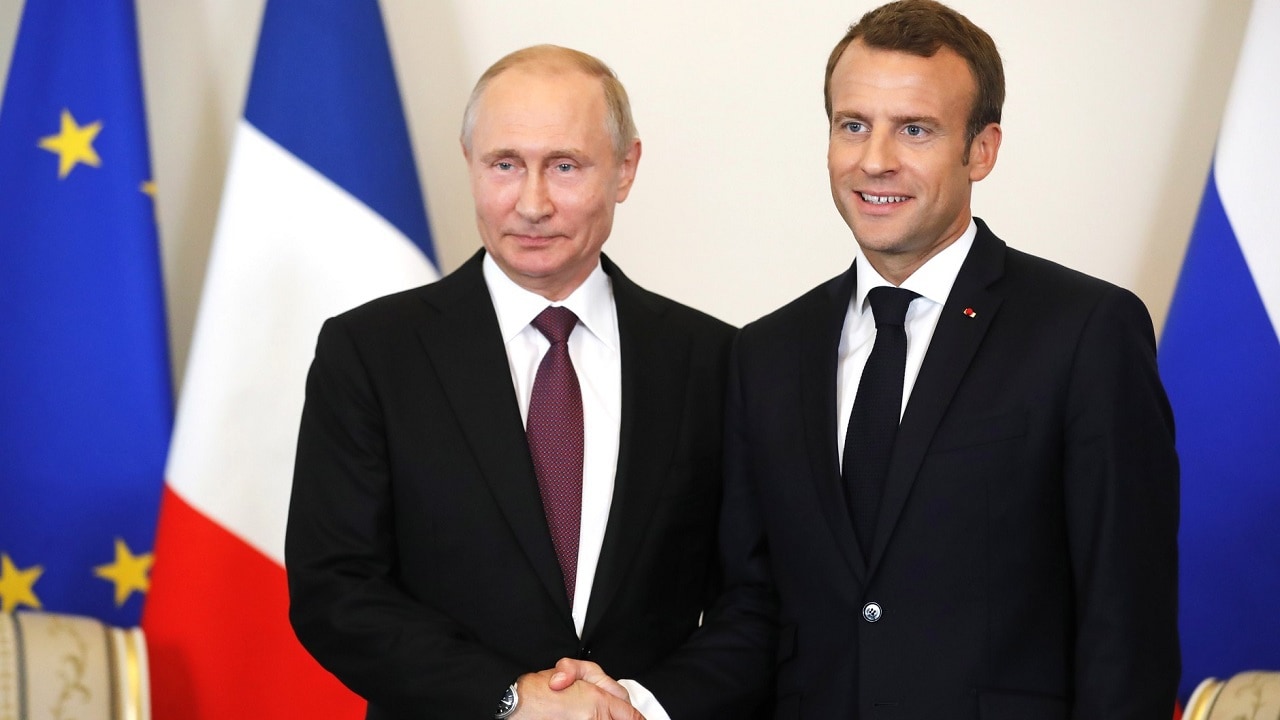 Will Russia invade Ukraine or can war be averted? With the prospects for a peaceful solution to the Ukrainian crisis still far from becoming a reality, French President Emmanuel Macron has been conducting shuttle diplomacy, meeting with Russian President Vladimir Putin on Monday, followed by jetting to Kyiv to meet with Ukrainian President Volodymyr Zelensky.

And while the two leaders announced no breakthroughs in political discussions on Monday evening, Putin said that further talks were on the table.

“A number of his ideas or proposals — which it is probably too early to speak about — I see as rather feasible for creating a foundation for our further steps,” Putin said while reiterating the alleged abuse and violation of human rights of Russian speakers by the Ukrainian government.

However, despite their public pronouncement of little new progress, one French official, speaking to the news media on the condition of anonymity said that Putin promised Macron that Russia agreed to hold no further maneuvers close to the Ukrainian border. He added that Russia promised to withdraw troops from Belarus at the conclusion of the planned exercises there planned for later this month.

Russia and Belarus are preparing for military exercises that have been dubbed “Allied Resolve” along Ukraine’s northern border with advanced missile systems and fighter jets in two phases. The active phase is set to begin on Thursday and run through February 20.

But the Putin regime quickly shot down those rumors. Kremlin spokesman Dmitry  Peskov said reports of any promise not to hold maneuvers near Ukraine were “not right”. Peskov added that President Putin had given no timetable of when Russian troops would leave Belarus, stating that the troops would return to bases in Russia at some point after the drills, but “no one had ever said they would stay” in Belarus.

The French president’s office tried to clarify the official’s comments by releasing a statement saying that those were points that the two leaders discussed but had not agreed upon.

“Where is Germany?” has been the oft-repeated phrase during the Russian buildup around Ukraine. While President Joe Biden has preached unity among NATO and Western leaders, Germany has been seen as waffling.

The new government of German Chancellor Olaf Scholz has been under criticism from other NATO leaders for being soft on the Russians, refusing to send arms to Ukraine, and being reluctant to state what sanctions they would impose if Russia does invade.

Monday’s meeting in Washington was supposed to allay the perception that NATO wasn’t acting in concert in this matter. In perhaps his strongest statement yet on the Ukrainian crisis, President Biden threatened to stop the Nord Stream 2 gas pipeline that will provide Germany with about a third of its energy requirements.

“If Russia invades — that means tanks or troops crossing the border of Ukraine, again, then there will be no longer a Nord Stream 2,” Biden said

Scholz however, gave a very different answer when asked, not even naming the pipeline by name.

“We have intensively prepared everything to be ready with the necessary sanctions if there is a military aggression against Ukraine,” he said. “It is part of the process that we do not spell out everything in public, because Russia should understand that there might be even more to come.” 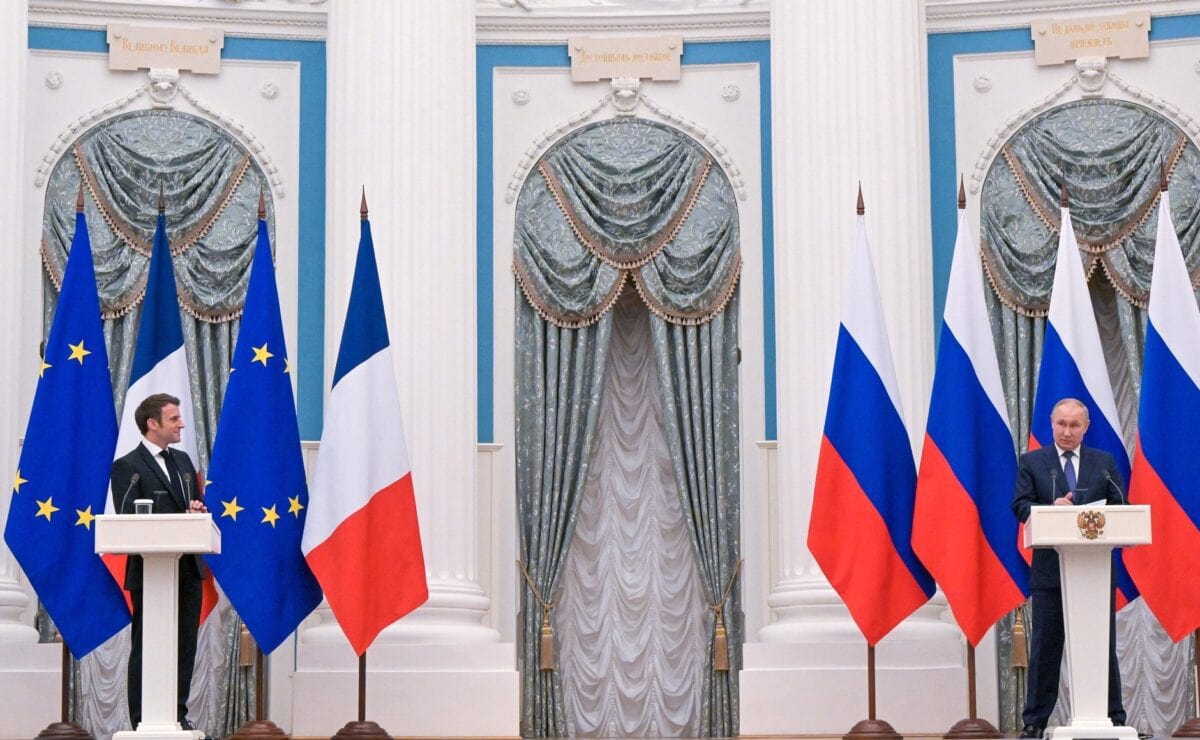 “As I already said, we are acting together. We are absolutely united and we will not be taking different steps,” he added.

Nord Stream 2 is an $11 billion-dollar natural gas pipeline that is being built between Russia and Germany. Many analysts believe that Russia can use the pipeline as a coercive economic tool to gain concessions from the West, especially Germany.