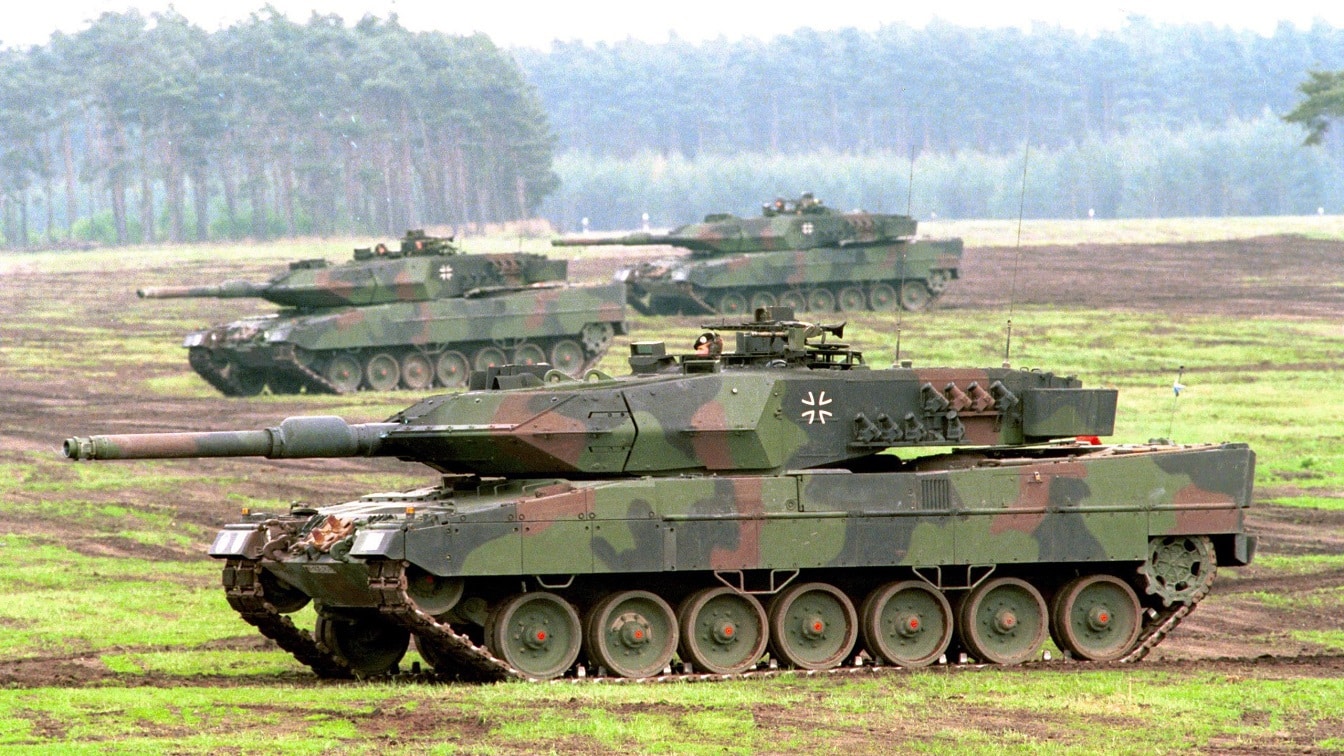 Is the Gas Pipeline Behind Germany’s Refusal To Send Defensive Arms to Ukraine?: On Monday President Joe Biden said that NATO and Western leaders were linked in unity against further Russian aggression in Ukraine. But despite other Western nations sending defensive arms to bulk up Eastern Europe and the Balkans, the German government of Chancellor Olaf Scholz’s refusal to do so stands in stark contrast to the rest of NATO.

What Is Germany Up To?

While Western leaders wondered why Germany would break with the consensus of their alliance, the answer may rest with the gas pipeline that Russia will supply Germany with the majority of its energy needs.

This refusal by the Germans even went so far from blocking Estonia from selling Ukraine the old Soviet-designed 122-mm D-30 howitzers. This action left other Western and NATO wondering what costs Germany would be willing to bear to deter further Russian aggression in Ukraine and also, and more worrying for NATO, they are left to ponder how reliable a partner Germany, the richest and largest democracy in Western Europe will be in the future.

Scholz however, denied that his government had made a decision on selling the howitzers from Estonia and insisted that his country stands with its NATO and European Union allies in opposing any Russian incursion into Ukraine.

“Should this situation occur, we will jointly act,” he said to the media. “There would be a high price.”

But his government believes that by supplying weapons to Ukraine, rather than diffuse the situation, it will be making it worse, mirroring the same stance taken by Moscow, which has surrounded Ukraine on three sides with more than 127,000 troops.

Germany, instead, according to Defense Minister Christine Lambrecht, a complete medical hospital will be sent to Ukraine in February.

She spoke to the newspaper Die Welt for their Sunday edition and said, “a complete field hospital will be handed over, including the necessary training, all co-financed by Germany to the tune of 5.3 million euros.”

“Weapons deliveries would not be helpful at the moment – that is the consensus in the federal government,” she added.

Germany has been sending mixed signals to its NATO and Western neighbors, While stating that they are clearly standing in unity with NATO over any Russian invasion into Ukraine, a German military chief spoke with apparent empathy for Russia and President Vladimir Putin.

While on a visit to India on January 21, the head of the German Navy Vice Admiral Kay-Achim Schonbach said that what Putin “really wants is respect,” adding that it would be “easy to give him the respect he really demands and probably also deserves.”

Schonbach also said that “the Crimean Peninsula is gone. It will never come back” meaning that Ukraine would never get it back.

Schonbach then took to Twitter and apologized for his remarks, calling them a “clear mistake.” He resigned the next day on January 22. The German Defense Ministry then attempted damage control, stating that Schonbach’s comments, saying they “in no way correspond to the position of the Defense Ministry.”

Ukraine called the German refusal to help them in supplying arms “unacceptable”. Ukrainian Ambassador to Germany Andrij Melnyk spoke with the newspaper Handelsblatt on Sunday spelling the need for aid.

“The seriousness of the situation demands an immediate rethink and change of course from the (German coalition) government on the issue of arms deliveries to Ukraine,” Melnyk said.

“This patronizing attitude subconsciously also reminds Ukrainians of the horrors of the Nazi occupation, when Ukrainians were treated as subhuman,” he added.

Germany has two factors that are making it reluctant to send arms to Ukraine. One is their own checkered history. The Nazi Germany government invaded most of Europe during World War II and took Ukraine and a large area of the Soviet Union. The Germans are reluctant to take proactive steps in security matters. As a result, Germany appears more appeasing to Moscow rather than confronting it.

And the Nord Stream 2 natural gas pipeline may have a large factor in this. Germany is becoming more and more dependent on natural gas as they move towards renewable and alternative energy. They plan on shutting down their last three nuclear power plants and also have plans to completely phase out coal by 2030. That leaves them dependent on Russia and their natural gas Nord Stream 2 pipeline.

The Germans believe that Russia won’t shut off the pipeline for fears that it will show the rest of Europe and elsewhere that Moscow isn’t a reliable trade partner and that this gives them leverage in negotiations.

But many Europeans and even German opposition lawmakers feel that this tack that the government is taking is a big mistake. Norbert Röttgen, a senior conservative lawmaker said Germany is crucial to the West’s unity.

“Putin’s goal is to split the Europeans, and then split Europe and the U.S.,” he said.

“If the impression prevails that Germany is not fully committed to a strong NATO response, he will have succeeded in paralyzing Europe and dividing the alliance.”

While President Joe Biden was widely criticized over the weekend for implying that NATO was split, it now appears that despite the claims of unity, Europe’s biggest partner in NATO is waffling on the situation.