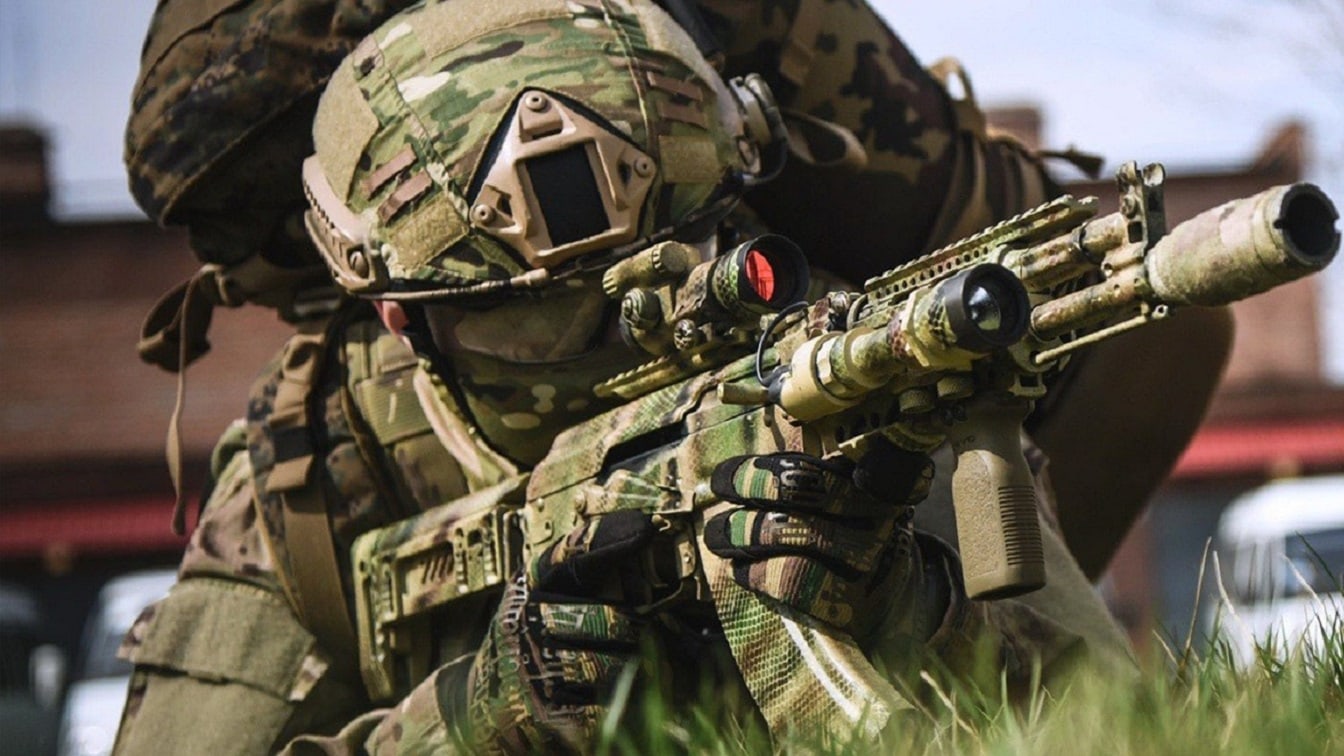 The vaunted Russian special forces ops group Spetsnaz have disrupted Ukraine once during Moscow’s operation in Crimea in 2014. Now the Spetsnaz are reportedly inside Ukrainian territory again working with Russian intelligence operatives to destabilize the Ukrainian opposition, according to British Defence Secretary Ben Wallace.

The Spetsnaz are expected to conduct rearguard operations to disrupt Ukrainian forces if war breaks out. They could blow up bridges, perform deep reconnaissance missions, lead attacks on airfields, perpetuate electronic warfare, snipe important officers, plus attack radar and command and control centers.

The Spetsnaz have a reputation for being the elite cream of the crop of the Russian military.

Spetsnaz means spetsialnoe naznachenie or (“special assignment”). The Spetsnaz concept goes back to World War One. Elite troops comprised a recon unit that operated behind enemy lines to create confusion and havoc. Many were Cossacks and they numbered only about 300 men. The force spoke several languages to interrogate prisoners and held German rifles to better blend in and commandeer enemy ammunition.

In 1952, Stalin, at the end of his life, wanted Spetsnaz answerable to him to commit sabotage on enemy nuclear forces. By 1962, there were at least five battalions of Spetsnaz. The Spetsnaz mission expanded in 1979 to include “reconnaissance operations and special tasks which included sabotage, assaults on vital military bases, power stations, military and civilian airfields and the elimination of foreign leaders and commanders,” according to GlobalSecurity.org.

Spetsnaz were deployed to Afghanistan when they numbered about 30,000 in the 1980s, and in Chechnya for the first and second Chechen campaigns, in the Russo-German war, and during the intervention in Syria. Spetsnaz operated in various counter-terrorism missions such as the Moscow theater hostage situation and the Beslan school murders.

How Do Russian Military Members Join?

To be selected as a Spetsnaz member, trainees must graduate from a wide-ranging program that you would expect in the world of special operations – to include airborne training, mountain climbing, counter-terrorism, and explosives. Only about five to ten percent of the candidates make it through.

Not Just One Unit

Spetsnaz can be attached to the GRU, the Russian military’s main intelligence directorate, or the FSB, the federal security service, or the SVR, the foreign intelligence service. There is also a contingent of Spetsnaz assigned to the special operations command and to a special forces airborne unit.

The most well-known special operations force is Spetsnaz GRU – similar to the U.S. Army Rangers. There are seven brigades of Spetsnaz GRU, with about 1,500 operatives in each brigade. There are also naval Spetsnaz. Spetsnaz assigned to Special Operations Command (SOC) operates in a similar fashion as U.S. Delta Force or U.K. Special Air Service.

It was Spetsnaz SOC that played a role in the seizure of Crimea with covert actions. Spetsnaz SOC had a part in taking over the local parliament, in electing a new prime minister, and infiltrating military headquarters. They wore no insignia on their uniforms and hid behind black masks. They were quickly referred to as “polite people,” “green men,” or “little green men.” This initially gave Vladimir Putin plausible deniability that the personnel was Russian.

What Are They Doing In Ukraine Today?

The most frightening operation the Spetsnaz could conduct in Ukraine would be the targeted assassination of civilian political leadership. This kind of political war could drain Ukrainian morale and resolve. They could also train pro-Russian separatist guerrillas to better fight behind the lines. Obviously, Ukrainian military leadership would also be in the Spetsnaz crosshairs for elimination.

But the main mission for the Spetsnaz in Ukraine will likely be long-range reconnaissance and surveillance to give location and targeting data back to Russian artillery, armored units, and the air force. They would probably link up with regular Russian military personnel, be debriefed by intelligence, and then prepare to be dropped in airborne operations behind enemy lines to repeat the process.

Infiltration is one thing, but exfiltration is another. It may be difficult for the Russians to remove Spetsnaz units and get them back to the friendly side. This would mean helicopters would have to airlift the Spetsnaz in a contested environment. But if Russian airborne troops can take Ukrainian airfields, these landing strips could be used for the insertion and extraction of Spetsnaz units.

The Russians are likely to depend on Spetsnaz greatly in the coming months, whether they invade or decide not to. They have one of the best special operations forces in Europe and Eurasia and will become a force multiplier for successful operations in Ukraine – whether by conventional or unconventional means.