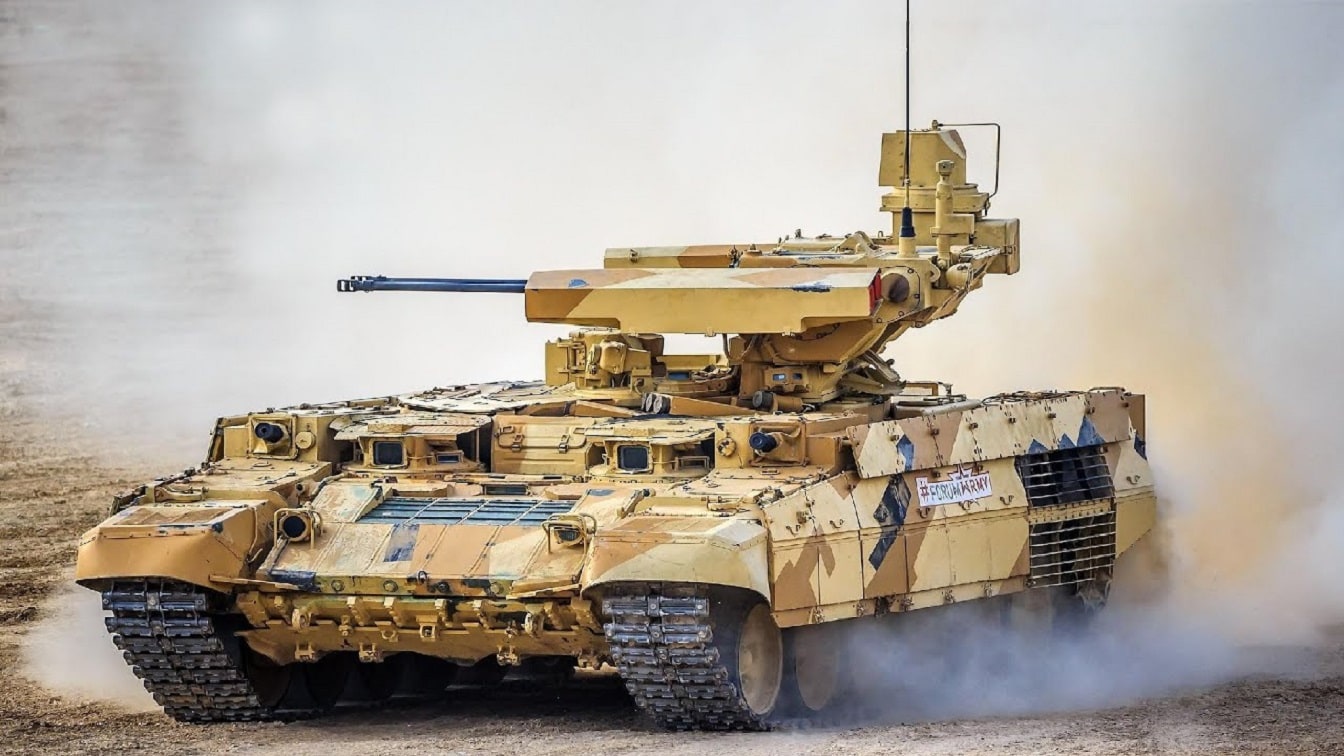 Don’t look now, but we may be about to see a Russian version of Desert Storm in Ukraine. Allow me to explain Russia’s potential plan of action.

Desert Storm was perhaps one of the most decisive and influential military operations of the twentieth century. Executed during of the 1991 Gulf War, the operation’s objectives were far-reaching; the campaign entailed a forty-two-day US-led coalition air campaign supported by space and cyber capabilities, followed by an overwhelming ground operation. The principle idea entailed the deployment of precision air, missile, space, and cyberspace strikes to degrade and destroy national command and control, thereby empowering decisive ground operations.

No one else up to that point had carried out such an operation; it was a game-changer and a resounding success. Desert Storm effectively shattered the war-hardened Iraqi military by eliminating its ability to command and control its fielded forces and maintain situational awareness of battlefield conditions. The Iraqi war machine was subjected to a decapitating cyber, air, and missile strikes and left its army to be annihilated in the deserts of Kuwait and Iraq.

The principle idea of Desert Storm has dominated modern warfare ever since. Importantly, Desert Storm exposed the military inferiority of the Soviet Union, especially its air defenses and military doctrine, and also military hardware, as much of Iraq’s arms were Soviet purchases. As Graham E. Fuller, former Vice Chairman of the National Intelligence Council at the Central Intelligence Agency wrote in summer 1991, “Even in the best light…the Soviet military did not look good in the encounter.”

The Gulf war ended in February 1991, and the Soviet Union collapsed in December the same year–but the Soviet military and security apparatus took to heart the lessons of Desert Storm. They studied and debated these lessons intensely. And after December 1991, many also could not forgive the Soviet Union’s loss in the Cold war.

Russia’s military, for its part, remained plagued by a multitude of problems in the 1990s and early 2000s. But after an especially embarrassing performance in the Russia—Georgia war of August 2008 (Russia finally prevailed but with great difficulties, over a much smaller opponent), the Russian military undertook a series of comprehensive reforms. Earlier reform efforts failed, but the latest attempt began over time to yield real results. As Dmitry (Dima) Adamsky wrote, the reforms addressed the problems revealed in the Georgia war by the use of IT-RMA [Information Technology Revolution in Military Affairs]. Adamsky added, “The aim of the Russian reforms since then has been to rebuild the conventional military and to advance it toward the ideal type of RSC [reconnaissance-fire complexes or contours].”

Vladimir Putin, for his part, who once famously lamented the breakup of the Soviet Union was the greatest tragedy of the twentieth century, along with those in his circle, also studied the fall of the Soviet Union carefully and extracted many lessons. Over the years, Russian military analysts extensively studied US-led military operations, especially in the Middle East and in Kosovo. They understood that they lost in the greatest geopolitical battle of the twentieth century to a technologically superior adversary that operationally employed cyber, air and space operations to achieve decisive strategic effects. To return as a great power, Russia had to address its inferiorities and disadvantages. Moreover, Russia, a country “doomed” to be a great power, as former Russian Minister of Foreign Affairs Andrei Kozyrev once famously remarked, was going to come back one way or the other.

And come back it did—at first slowly and then all at once, to paraphrase Ernest Hemingway. In the backdrop of continuous military improvements whose foundations had been laid in the mid 1980’s under USSR Marshal Nikolai Ogarkov’s information-technological revolution, Moscow grew resurgent. Lessons from Desert Storm helped inform the development of Russia’s current reconnaissance strike complex. Russia’s military procurements and burgeoning large scale national exercise program over the years reflected a shift towards greater interest in what was termed aerospace warfare which emphasized the development of a so-called C4ISR  (command, control, computers and communication, intelligence, surveillance and reconnaissance) systems that integrated precision long-range fires strike systems. Moscow’s experiences in Chechnya, where it learned it had to dominate information narratives, and its recognition that to defeat U.S air and space operations it required significant efforts to dominate the electromagnetic spectrum, all contributed to the evolution of the Russian way of war. 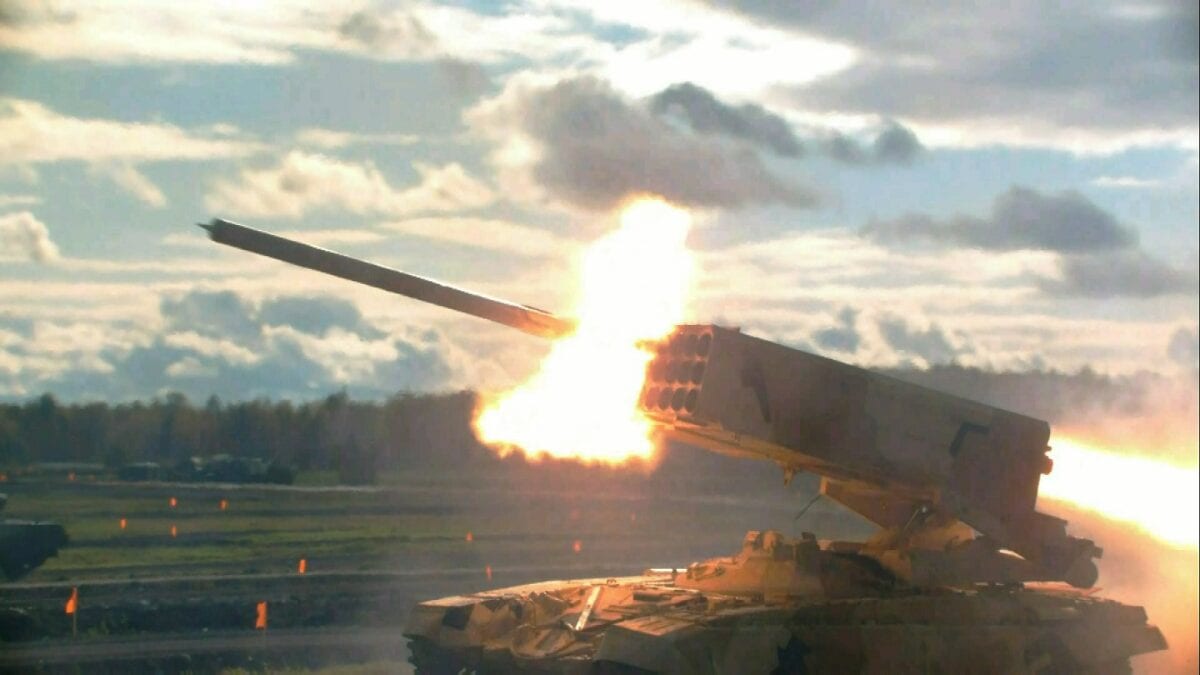 By 2015, when Russia intervened in Syria, for the first time, Moscow demonstrated elements of a Desert Storm-like campaign, with its emphasis on multi-domain (air, surface ship, submarine, and ground forces) precision strikes that were supported by information and electronic warfare operations. Its military campaign announced to the world that the Russian conventional military had evolved from its Soviet past and now possessed certain peer capabilities to the United States. Adamsky wrote, “The General Staff saw the operation in Syria as a testing ground for refining its ability to integrate the ISR [Intelligence, Surveillance and Reconnaissance], C2, and fire systems.”  In other words, Syria was a learning experience that aligned with Russia’s military reforms. Moreover, Valery Gerasimov, chief of staff of the Russian armed forces, said that lessons from Syria will serve to defend and promote Russia’s “national interests” outside Russia’s borders.

Veteran analyst of the Russian military Timothy Thomas best illustrates the above-described evolution. He wrote in July/August 2017 citing original Russian military sources, that initial period of war is crucial and “will include a targeted information operation, an electronic warfare operation, an aerospace operation, continuous air force harassment, the use of high-precision weapons launched from various platforms, long-range artillery, and weapons based on new physical principles.” Military experts will say that, in broad strokes, this is exactly what happened in Desert Storm. Thomas concluded by stating that the final period involves the employment of ground forces “to roll over or annihilate remaining units, primarily through use of ground troops.” Russian military procurement and doctrine have pursued the operational development and employment of a force capable of waging war in this manner over the past two decades.

How Could a Russian Desert Storm Unfold?

This brings us to Ukraine at present. No one has a crystal ball, but the pieces are set in place to allow Moscow to carry out a technology-driven aerospace power campaign, empowered by information and cyber warfare to empower a follow-on land campaign that could seize parts of Eastern Ukraine. Moscow has moved its air, missile, and electronic warfare forces from all of its Joint Operational Commands, including from the Far East, and coalesced them along the entire periphery of Ukraine. Thus, the first undertaking Thomas described— information and cyber warfare— has been in full swing. Its continuous diplomatic efforts to portray it as under threat and out of options, while the recent information and cyber operations, fit Thomas’s model of Russian modern warfare.

Although technically we do not have definitive proof, it is also difficult to believe, knowing Moscow’s playbook and history of cyber operations, that the Kremlin was not behind the latest cyberattacks in Ukraine. If it is, the logical conclusion is that electronic warfare operations and aerospace operations are next. Moscow’s activities along Ukraine’s border along with Belarus and the Black Sea more than provide for that. And most recently, on January 21, Russia’s Duma (Parliament) speaker Vyacheslav Volodin announced that “consultations” will be held next week on recognizing “the independence of the self-proclaimed Donetsk and Luhansk People’s Republics (DNR and LNR)” in eastern Ukraine.

What Does Russia Want?

The Syria operation was not really about Syria, something I go into in detail in my recent book. In the same vein, Ukraine is not really about Ukraine. Both are about the Kremlin revising the US-led post-Cold war order on Moscow’s terms. Now, with Ukraine, Moscow has come full circle from the end of the Cold war, the perceived humiliation that began perhaps with Desert Storm, in Moscow’s eyes, and then continued, with NATO operation in Kosovo and the US invasion of Iraq.

If Russia now carries out the military operation in Ukraine as I described, it will announce to the world that Russia is a dominant conventional power, not just a nuclear power. The strategic employment of this force can cut Ukraine off from the Black Sea, rendering it economically inviable. It will also send a message that force is the best way to achieve political objectives and convince select European leaders it is time to renegotiate European security architecture.

Analysts have said Putin likely does not want a full-blown conventional war with Ukraine, and they are likely correct. But Desert Storm averted such a scenario and resulted in far fewer coalition casualties than anyone ever could have predicted, due to the limitations placed in that campaign. The scenario I outlined is a limited campaign. Nor has Putin not necessarily backed himself into a corner, where has no choice but to go to war, as David J. Kramer recently wrote. The way of war Thomas highlights shows there are abundant options available before preceding to conventional methods. And, as Ukrainian President Volodymyr Zelensky wrote on Twitter, “there are no minor incursions.”

What Is Russia’s Next Move?

I hope I’m wrong. But military analysts point out Russia’s current build-up along Ukraine is different from previous ones, it is far more serious and comprehensive. Moscow is using all tools of coercion and compellence it has in its arsenal.

Years of lazy analysis have led Western policymakers to console themselves that Putin is a mere opportunist, as they failed to craft their own strategy to deter him. Indeed, Putin never paid a real price for his aggression, certainly sanctions alone did not do the trick in the absence of, for instance, strategic placement of aero-space forces in Europe and the Middle East. Western weakness over the years continuously emboldened Putin; those who saw being tough as too escalatory may soon behold what being too weak achieved instead.