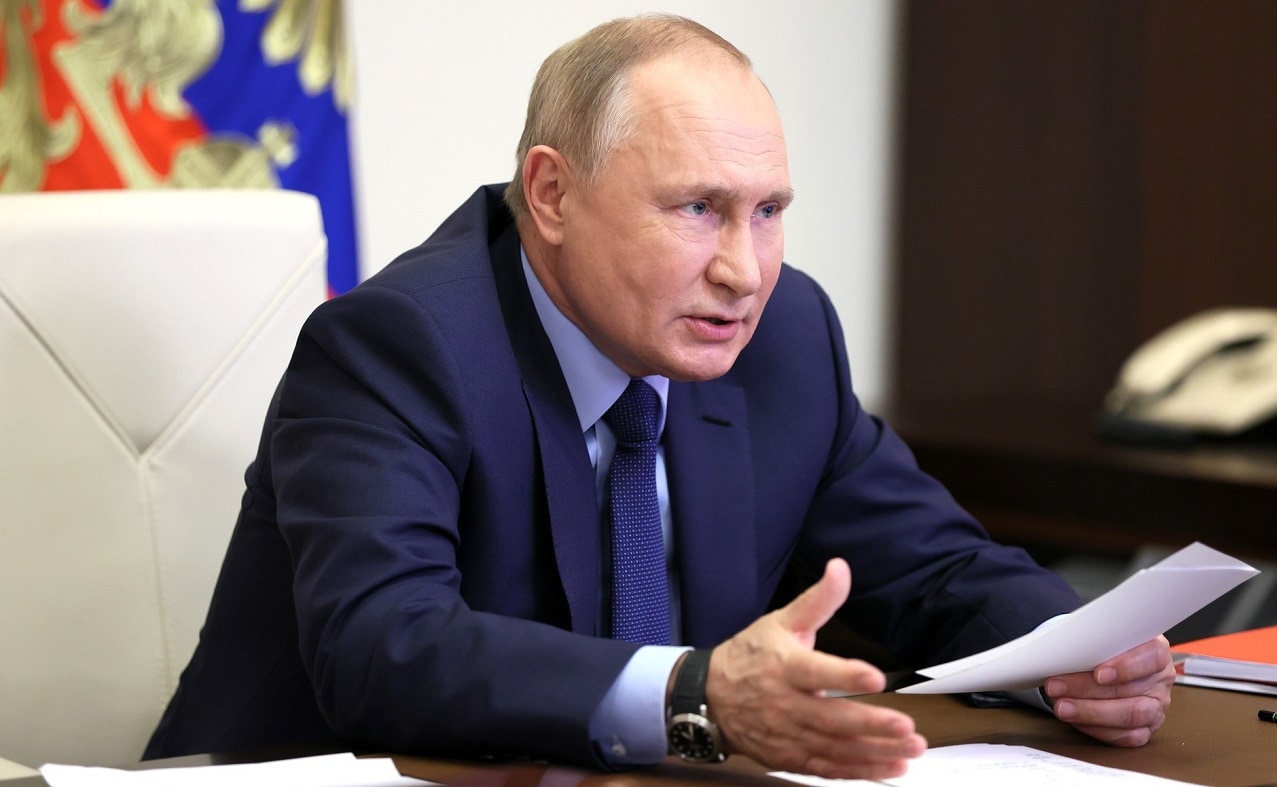 One of the first major US-USSR confrontations flared up not in Europe, but in the Middle East. In the spring of 1946, Josef Stalin briefly refused to withdraw the Red Army from Iran in violation of pre-existing agreements. The crisis presented a major test to the newly-emerging post World War II order and laid bare the aggressive and expansionist aims of the Soviet Union. Subsequently, the Middle East emerged as a critical arena of global superpower confrontation. The fall of the Soviet empire ushered in the end of totalitarian tyranny, and a promise of new world order, where sovereignty of small states mattered. This watershed moment was bound to affect the Middle East.

RIP, USSR: The Aftermath in the Middle East

Indeed, post-Soviet Russia briefly—and partially—retreated from the Middle East. This was an aberration from history, as Russia had multiple interests in the region, by and large, for most of its existence as an independent polity. Many of these interests survived the Soviet Union. Still, the impact on the Middle East after the fall of the USSR cannot be separated from Russia’s domestic situation and its relationship with the West. For although the USSR’s collapse was a single and historic event, it was also a process of imperial disintegration that continues today, as the Kremlin decries the “rules-based” global order and maintains that great powers require privileged spheres of influence.

Boris Yeltsin, Russia’s first democratically president, prioritized domestic considerations and closer ties with the West, especially in the early part of the 1990s, but overall, Russian foreign policy was incoherent. When it came to the Middle East, the Kremlin took a pragmatic though disjointed approach, focused primarily on trade and diplomacy. Relations with Turkey and Iran remained important. Moscow also retained contacts with traditional clients such as Iraq, Syria, and Hezbollah even as they substantially decreased, and Moscow could no longer provide patronage. Russia also began to improve relations with Israel, with whom the Kremlin re-established diplomatic relations only two months prior to the collapse of the Soviet Union. Meanwhile, Russia continued to assist Iran’s nuclear program and sell arms to the Islamic republic.

But the Middle East was a lower priority. In this decade, Russia’s chief concern lied arguably with itself—with its identity and defining a new national idea. Recently-declassified Bill Clinton presidential archives confirm acute awareness of Russia’s weak position vis-à-vis the West, and a focus on being treated as an equal by it. One way or the other, Russia was going to return to the global scene. As early as October 1992, Russia’s pro-Western foreign affairs minister Andrei Kozyrev wrote in Moskovskiye Novosti that Russia was “doomed” to be a great power, a point he reiterated approximately two years later as he argued in the pages of Foreign Affairs for a strategic US-Russia partnership in a context of a “multipolar” world.

A Shift in Approach

Liberal-leaning pro-Western voices ultimately grew discredited in favor of those that preferred a tougher stance towards the West and closer ties with the East. Thus, by 1996, Yevgeniy Primakov replaced Kozyrev. Primakov formally articulated a vision of a multipolar world. But where Kozyrev sought a closer partnership with the West, Primakov envisioned a Russia-India-China triangle to counterbalance it. Primakov, a skilled Arabist, was especially aware of Russia’s loss of influence in the Middle East and sought to bring Russia back, a message that resonated with many who lamented this loss. Moreover, Primakov’s broader vision gave Russia the focus it lacked in the first half of the 1990s, and Vladimir Putin embraced it.

Meanwhile, Russia’s relations with the West continued to deteriorate. In March 1999 Primakov boarded a plane in Moscow on his way to Washington but turned the flight around midway in protest of NATO bombing of Serbian military position in Kosovo in response to their ethnic cleansing against Kosovar Albanians.  Soon Moscow fiercely opposed the 2003 U.S.-led invasion of Iraq. “The American-Iraqi conflict seems to have brought to light a [Russian] public demand that we regain our great-power status,” as one Russian analyst put it in April that year.  After September 11, 2001, the US turned to counterterrorism as the chief priority. But for the Kremlin, geopolitics remained an eternal feature of global order.

Since coming to power, Putin worked slowly but consistently to return Russia to the Middle East. In line with Primakov’s vision, he pursued pragmatic ties with all major actors in the region, even as ultimately Putin leaned closer to anti-Western actors. It was a zero-sum anti-Western approach, where for Russia to win the US had to lose. It was also far more pragmatic and flexible than the rigid ideological blinkering of the Soviet Union—and it has shown itself more successful.  American allies and adversaries alike were more willing to work with Putin’s Russia; there perceived less of a contradiction between working with Moscow and Washington simultaneously.

In subsequent years, as the rift between the West and Russia grew larger. In a famous speech Putin gave after the 2004 terrorist siege of a school in Beslan, North Ossetia, he indirectly blamed the West for trying to weaken Russia.  “…Russia still remains one of the world’s major nuclear powers, and as such still represents a threat to them. And so the reason that this threat should be removed. Terrorism, of course, is just an instrument to achieve these aims,” he said. It was widely understood that “them” meant the US and West.  In the same vein, Russia foreign affairs minister Sergei Lavrov said years later, “We understand that not everyone likes a strong, confident Russia.”

And from color revolutions in the post-Soviet space that followed the same year, to the Arab Spring, to protest inside Russia several years later, the Kremlin continued to see the hand of the West on every corner. NATO’s Libya campaign was the last in this long line of grievances against perceived American diktat. Putin’s intervention in Syria was about many things but fundamentally it was about making a stand against the US-led global order and preventing the US from toppling another authoritarian. It was Russia coming back on the global stage and acting as it should. 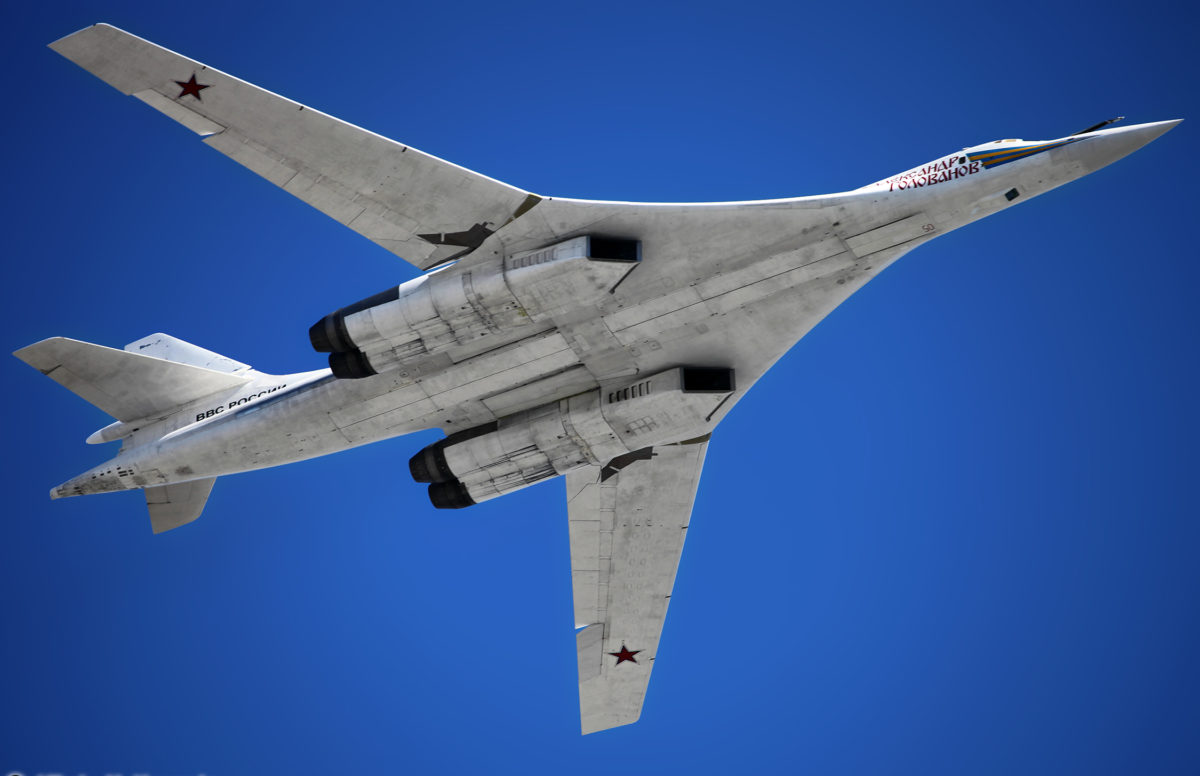 The intervention officially returned Russia to the Middle East. In that sense, it was certainly a game-changer, but also a logical conclusion of years of building influence in the region and the West failing to see the full significance of these developments. Indeed, for too long, the West thought Russia could be part of a solution in Syria and elsewhere in the region; Russia’s post-Cold war geopolitical competition in the Middle East was one-sided. The region itself over the years increasingly courted Russia, seeing its ascendance and Western ambivalence, along with shifting overall foreign policy priorities away from the region.

Russia is in the Middle East to Stay

Thirty years after the fall of the Soviet Union, Russia is in the Middle East to stay, preserve its gains, and work where it can to increase influence without over-commitment. As the US continues to shift its priorities, Russia will find more opportunities to gain a foothold and its presence will cement further. Western absence allowed Russia to fill the vacuum and prop up dictators who act with impunity, which can only invite further instability and violence down the road. History has not ended, great power competition waits for no one, and the Soviet Union is still crumbling.

Dr. Anna Borshchevskaya is a senior fellow at The Washington Institute, focusing on Russia’s policy toward the Middle East. In addition, she is a contributor to Oxford Analytica and a fellow at the European Foundation for Democracy. She was previously with the Atlantic Council and the Peterson Institute for International Economics. A former analyst for a U.S. military contractor in Afghanistan, she has also served as communications director at the American Islamic Congress. Her analysis is published widely in publications such as Foreign Affairs, The Hill, The New Criterion, and Middle East Quarterly. She is the author of the 2021 book, Putin’s War in Syria: Russian Foreign Policy and the Price of America’s Absence (I.B. Tauris, an imprint of Bloomsbury Publishing). Until recently, she conducted translation and analysis for the U.S. Army’s Foreign Military Studies Office and its flagship publication, Operational Environment Watch, and wrote a foreign affairs column for Forbes. She is the author of the February 2016 Institute monograph, Russia in the Middle East. She holds a doctorate from George Mason University.