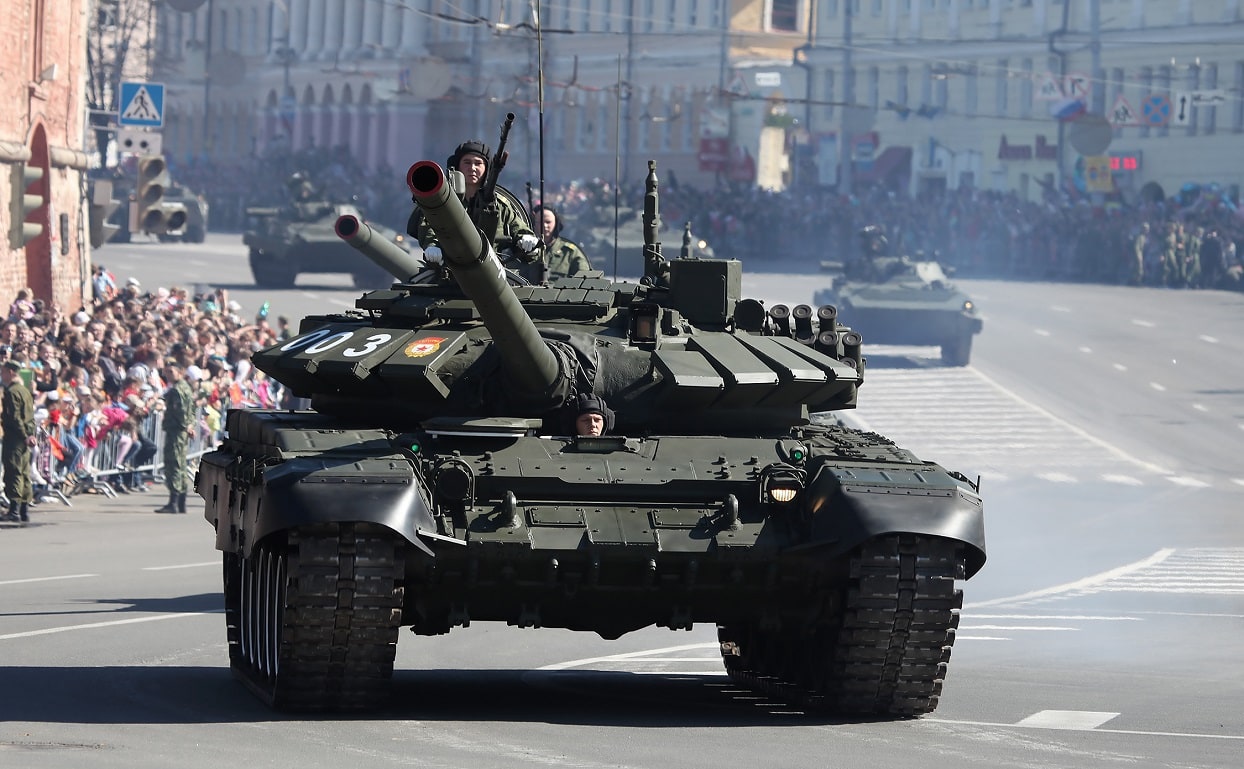 Russia’s T-72 Tank Refuses to Retire: Although the Russian T-72 tank is nearly 50 years old, it still has a role on the battlefield and might just be the backbone of the Russian Army. It was meant to overwhelm NATO and the United States by scooting through the strategic Fulda Gap in Germany to decisively strike friendly forces during the Cold War. Now around two thousand of the T-72 variants are still in service in Russia while many more are in storage. The tank has been distributed to around 30 countries and nearly 18,000 were made before the Soviet breakup. But the main strength of the T-72 is its upgrade package to the modern T-72B3 version.

Since its introduction in 1973, the T-72 has been updated over the years with dozens of variants up to the current T-72B3 and T-72B3M variants that are now considered a third-generation tank. The updated T-72B3M has been deployed by Russian forces since 2014 and some saw combat in Ukraine and Syria. The T-72S is meant for export and the biggest customer was the Iraqi military which purchased 2,000 of the T-72S in 2009.

The T-72B3 upgrades will be discussed for this article because they are the most popular model in the Russian military with over 1,300 in service.

The newer 2A46M5 125mm smoothbore main gun with autoloader makes it equal to many main battle tanks around the world.

The relatively new Kalina fire control system with an automatic tracker of enemy tanks and its ballistic computer is top-notch. It has a laser range finder with improved thermal sights. It can fire the latest munitions such as armor-piercing sabots and high-explosive rounds.

The T-72B3 can also launch the AT-11 or Sniper anti-tank missiles.

The Armor Is Modernized and Engines Are Improved

The protection of the T-72B3 is made up of modern Kontakt-5 explosive reactive armor that is also on the T-90A. This can protect against anti-tank missiles and rockets.

The low turret profile also offers some better protection due to a shorter silhouette.

There is also a new steering system that allows for better mobility than the base T-72.

Upgrades Make it a Hunter-Killer

Over 7,000 T-72s are in storage, but the Russians believe they can be upgraded to the T-72B3 variant package with little difficulty. This means that the modern T-72B3 variant will be a workhorse in the coming years.

The T-72 was originally made to accompany infantry and not necessarily to be a hunter-killer, but the T-72B3 upgrade has made it graduate to this status.

Like most Russian tanks, a weakness of the T-72B3 is the armor on the top of the turret which would make it susceptible to American Javelin anti-tank missiles. But overall, the T-72B3 has strength in numbers because of all the T-72s that are in reserve that can be updated to the more valuable model.