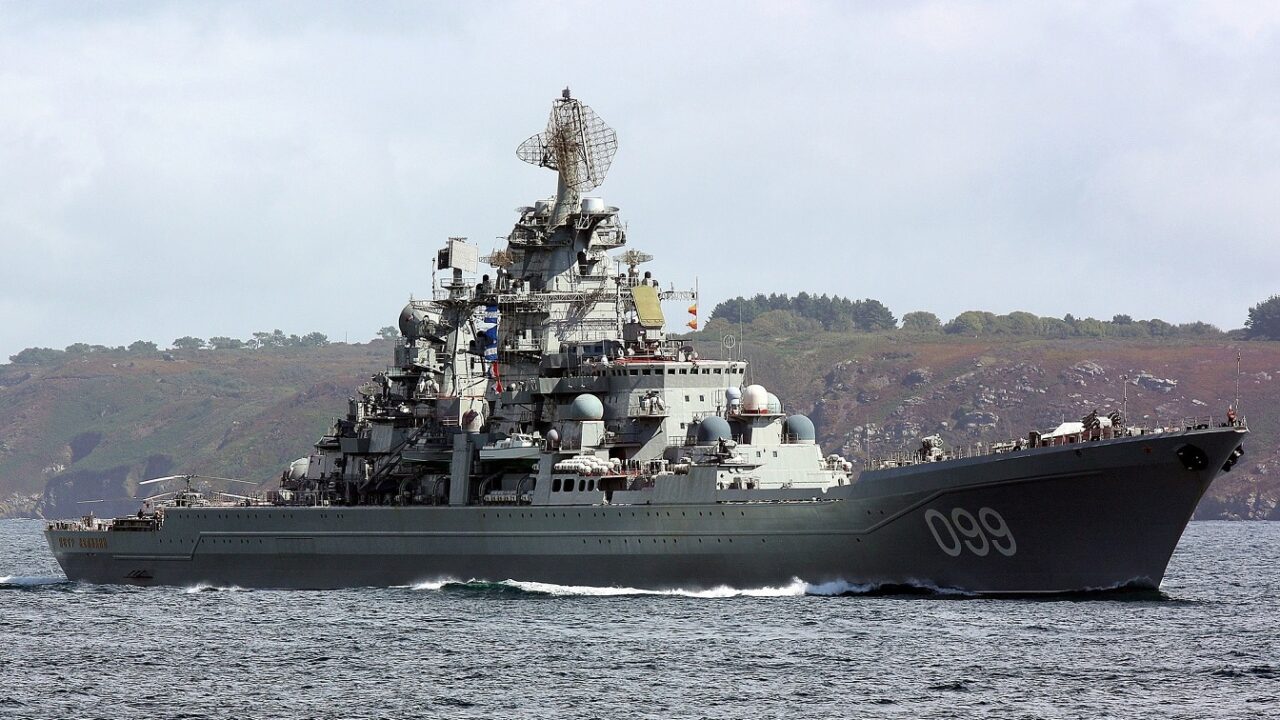 What Is the Russian Navy Doing? That Russia would want to send its navy and air force into Western European waters is not a surprise. As fears rise of a Russian invasion of Ukraine – and a possible military confrontation between Moscow and Ukraine’s NATO allies – it’s natural for the Kremlin to flex its muscles.

But the Russian Navy drilling off the coast of Ireland? That sends a message of a different kind: that Russia can project power deep into NATO’s backyard.

In January 2022, the Irish Aviation Authority announced that it had been informed that in early February, “a Russian military drill will take place in international waters 240 kilometers [149 miles] off the southwest coast, amid concerns that the drill will include a so-called ‘live fire’ exercise,” according to the Irish Times. The exercise, in the waters of the Porcupine Seabight 130 miles off the port of Cork, is part of a global Russian wargame involving 140 warships and 60 aircraft in the Atlantic, Mediterranean and Pacific. This will be a live-fire drill – including launching missiles such as the Kalibr anti-ship weapon – that requires notification for other ships and aircraft to stay out of the area.

While the Irish government has told the Kremlin that a live-fire exercise within its waters is “not welcome,” the fact remains exercises are legal under international law:  as Irish Minister for Foreign Affairs Simon Covoney pointed out, the exercises will take place “within Ireland’s exclusive economic zone [EEZ] but not in Ireland’s territorial waters.”

This means the Russian Navy can’t fish for cod and salmon within Ireland’s EEZ – though in inimitable Russian fashion, some Russian warships can both haul frozen fish and launch missiles. However, military operations and exercises are permissible in an EEZ, though coastal nations can establish Air Defense Identification Zones (ADIZ) that require foreign forces to identify themselves.

Dublin’s protests are unlikely to sway Moscow. Nor will the Irish fishermen that have vowed to disrupt the exercise, which might be a bit dangerous against a Russian navy that played chicken with U.S. Navy warships during the Cold War (resulting in the occasional collision at sea).

What Is the Russian Navy Up To? Sending a Message

But why is the Russian Navy is operating off the Irish coast in the first place?

Dublin is 2,200 miles from Moscow. True, Ireland belongs to the European Union, but it isn’t a member of NATO. The minuscule Irish Defense Forces – just 8,750-strong, plus a few patrol boats and two maritime patrol planes – is geared for internal security and international peacekeeping. Ireland can’t support Ukraine with more than a few kind words, nor deter Russian operations in the North Atlantic. Nor does Russia have anything to gain by intimidating Ireland.

So who is the Kremlin’s fleet really sending a message to? Certainly, one intended recipient is Britain, which has been leading the Western response to the Ukraine crisis, including airlifting anti-tank weapons to Ukraine. Ireland is located athwart the west coast of Britain, as well as North Atlantic shipping lanes and major ports such as Liverpool.

The exercise is also a reminder that Russia can project power deep into NATO’s maritime rear in the North Atlantic. While lack of air cover means any Russian surface ships operating off the Irish and British coasts would be quickly destroyed, submarines with cruise missiles could strike naval and land targets, as could long-range bombers flying from bases in northern Russia.

Nonetheless, it’s hard to believe that NATO will abandon Ukraine because Russia sailed some ships to Ireland. Ironically, Moscow’s heavy-handed move may induce Ireland to beef up its military, including a controversial idea to buy jet fighters. Last summer, the Irish Times bemoaned out the lack of air defense last summer, when British fighters intercepted Russian jets that had entered airspace controlled by Ireland – and which the Irish military had no capability to intercept.

Ireland “is unable to even detect, let alone police who or what is flying in the region unless the aircraft concerned actively alert authorities to their presence,” the Times noted. Or as a defense official told the newspaper, “we had essentially zero capacity to monitor or police our airspace.” Some analysts believe that’s why Russian aircraft have been flying near Ireland for years: it’s a lot safer than flying near NATO nations that have interceptors.

On the other hand, Ireland hasn’t really needed expensive weapons like jet fighters. While the love-hate relationship between Ireland and Britain has been rocky to say the least, the fact is that Ireland’s historical defense against invasion – or at least invaders other than Britain – has been Britain itself. Regardless of whether the Irish desired that protection, geography has dictated that any Continental European power – usually France, Spain, or Germany for the past 500 years – that tried to seize Ireland would first have to defeat the Royal Navy and later the Royal Air Force.

Jet fighters are expensive to buy and maintain. Even a handful of aircraft would strain the defense budget of Ireland, which carefully remained neutral during World War II and the Cold War. But as the New Cold War heats up, even neutral nations may feel compelled to tend to their defenses.