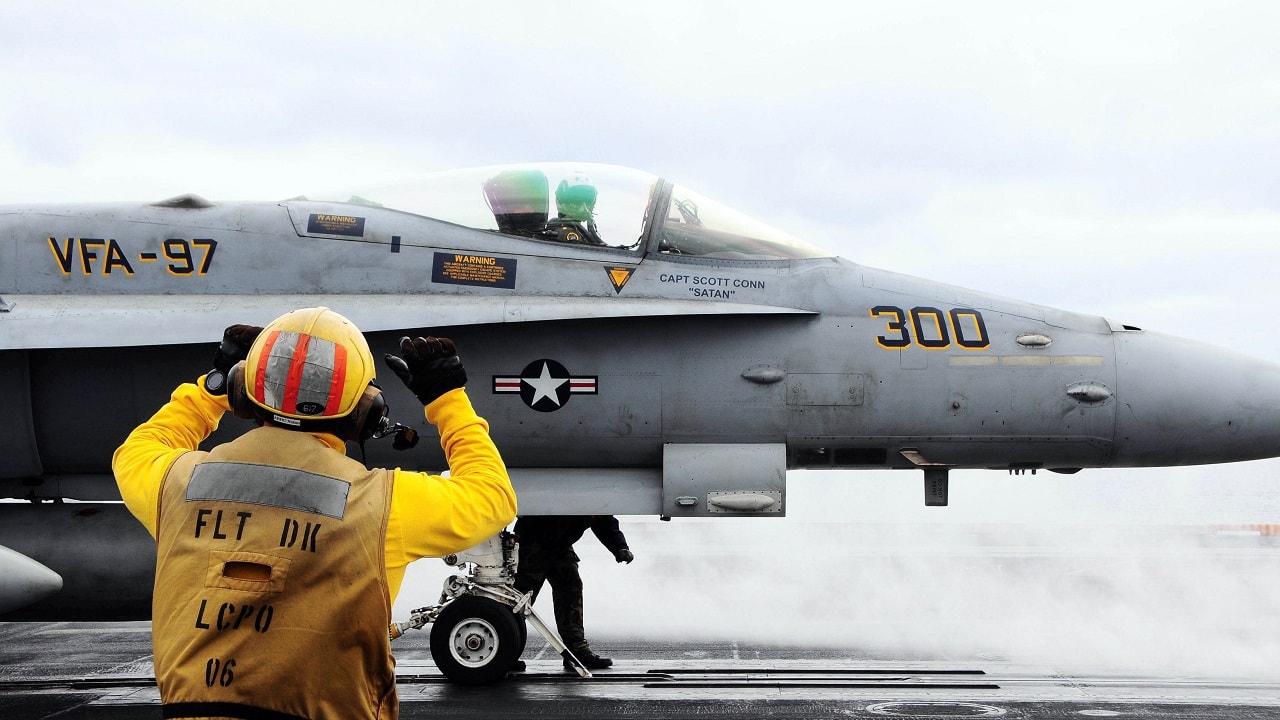 A Chief Aviation Boatswain's Mate guides an F/A-18C Hornet assigned to the "Warhawks" of Strike Fighter Squadron 97 into place on catapult three aboard the aircraft carrier USS Nimitz. Nimitz and Carrier Air Wing 11 are conducting a Composite Training Unit Exercise off the coast of Southern California in preparation of a scheduled deployment to the western Pacific Ocean.

F/A-XX: The US Navy’s plan for a new 6th generation stealth fighter – So far, the 6th generation fighter program known as the NGAD or Next Generation Air Dominance project has been associated with the U.S. Air Force. But the Navy has an NGAD program of its own. This received funding in President Joe Biden’s new defense budget proposal, and pending Congressional approval, the earmark will boost the Navy’s efforts for the new stealth warplane.

What Are the Plans for the F/A-XX?

The Navy wants to augment (not totally replace until the 2030s) the F/A-18E/F Super Hornet. The brass refers to their NGAD program as the F/A-XX Concept Design. The F/A-XX will likely be the aerial “head coach” in the aircraft carrier air wing. It will lead and integrate manned (Block III Super Hornets and F-35Cs) plus unmanned (X-47B Unmanned Combat Air System) aircraft.

The Navy is being more open with artist renderings and details about F/A-XX than the Air Force is with its NGAD program, although the Air Force has reportedly built an NGAD prototype and flown it already. The Naval Air Systems Command (NAVAIR) released a future blueprint for aviation called “The Navy Aviation Vision 2030-2035” to flesh out the new program.

Here Are More Details About the F/A-XX NGAD

A photo and description of F/A-XX NGAD are inside the document and can be found here. Aviation Week Editor Steve Trimble said on social media that “NAVAIR has released the new concept art of the F/A-XX, showing canards, a pseudo lambda/delta wing, and, I think, YF-23-style ruddervators (but they might be stabilizers.) The description also calls for more speed and range than F/A-18E/F Block III.”

NAVAIR also said the NGAD will “incorporate passive and active sensor technology and possess the capability to employ the longer-range weapons programmed for the future.”

This Is Just One Artist Rendering; Not the Final Design

Keep in mind though that the artist rendering described above may not be the design that the Navy finally chooses for the F/A-XX NGAD. Aviation Week even admitted late last year that the image described above is the same as a fighter for a role-playing game.

Nonetheless, this shows a willingness by the Navy to at least describe in words what we can expect from the 6th-generation fighter program. The service branch is, however, keeping the amount of funding under wraps. The current budget proposal for the naval NGAD is secret and has been undisclosed for the last three budget cycles.

The budget has a line item for research and development of which the F/A-XX NGAD is a part of, but no specific dollar amount. The Navy has released some more information on the funding, and it appears the NGAD will get more outlays due to the service branch’s five-year budget outlook.

Look for a Funding Ramp-up In Out Years

“Although NGAD is a classified line, investments do go up over the [Future Years Defense Program] somewhat dramatically for NGAD,” Rear Admiral John Gumbleton, the Navy’s deputy assistant secretary for budget, said to USNI news on March 28.

Keep Congress Informed and Happy About the Program

Thus, the Navy believes Congress will be on board for funding in future budget cycles even though the public is being kept in the dark. Lawmakers will likely hold classified non-public hearings on the F/A-XX NGAD for status updates for the program. The service admits it will be highly-classified indefinitely.

This program, despite the secrecy, appears to be going according to plan so far. Congress will monitor to make sure it is hitting milestones and staying under budget. It is also a positive development that the Navy has a road map toward new combat concepts for the 2030s. Naval aviators have to keep in mind though that the NGAD program foresees at least 50 percent of fighters will be unmanned in the future. They may have to get in line to fly the F/A-XX.