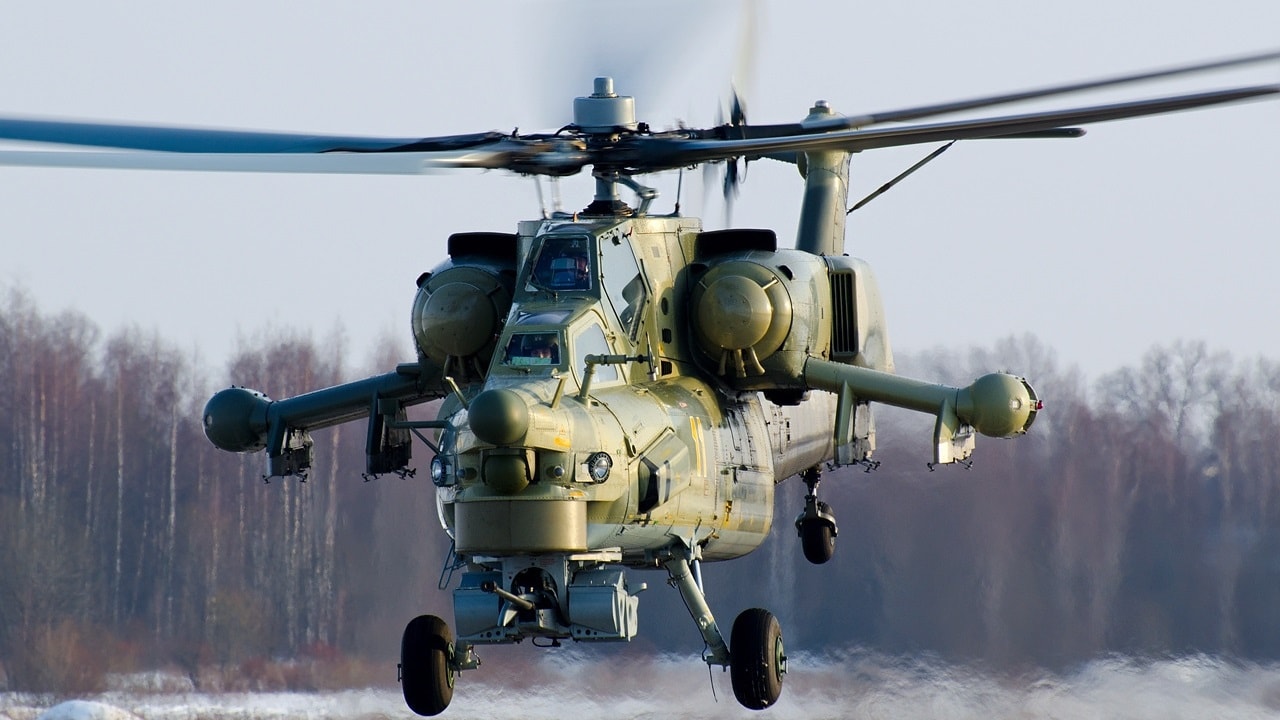 Another Russian Helicopter Gunship Is Having Difficulty in Ukraine – The Russian Mil Mi-28 Hind gunship was designed for eliminating enemy tanks and armored vehicles. It should be ideal for the fight in Ukraine, but like many Russian helicopters, it is regularly getting shot down by Stinger anti-aircraft missiles and other shoulder-fired MANPADs (Man-portable air-defense systems). Like the Russian Ka-52 Alligator, the Mi-28, known as the “Havoc,” was designed as a competitor to the American AH-64 Apache attack helicopter. But the Havoc and its variants are having trouble against ground-fired anti-aircraft missiles.

This video shows the aftermath of a Mi-28 Havoc that got shot down in a flaming wreck March 15 in rural area of Ukraine. This is not a good sign for the Russian Air Force. These gunships are the pride of the Russian fleet, and their demise is giving the Ukrainian defenders a cause for hope against long odds.

Havoc Goes Through a Series of Upgrades

The Havoc is made by the Mil Moscow Helicopter Plant. In 1996, the factory put out an updated night-flying capable version of the Mi-28 called the Mi-28N Night Havoc. This variant arrived in numbers in 2005 and the export version became known as the Mi-28NE Night Hunter. The latest model of the old Havoc line of attack helicopters is now the Mi-28NM Super Hunter.

Super Hunter Should Be Hard to Beat

The Super Hunter can go 186-miles per hour with a range of 280-miles. But in addition to this maneuverability and night-flying prowess, it’s known for its radar. This sensor can see 360-degree view of the terrain to keep the helicopter from getting ambushed by ground-fired missiles.

This gunship can be highly-armed with 5,100 pounds of ordnance comprised of 9M120 Ataka anti-tank guided missiles, rocket pods, and a 30mm cannon. New anti-tank guided munitions such as the Chrysanthemum-VM can also be added. Interestingly, the Super Hunter attack helicopter can be armed with air-to-air missiles such as the R-74. The R-74 “can target enemy aircraft, UAVs, and cruise missiles, and even fifth-generation aircraft,” according to Charles Bartles of OEW Online.

The Super Hunter got an upgraded engine to allow for better performance in the high-temperature, dusty environments of the Middle East during deployments to Syria.

This upgraded Havoc also can integrate communications with soldiers on the ground who can call in air strikes for close air support.

Since the Super Hunter operated so well in Syria against ISIS and rebel armored vehicles and tanks, the Russians thought it would automatically be successful against the Ukrainians. They may have mischaracterized the fight. The Ukrainians have Stingers and other types of MANPADs that can attach to the heat of the helicopter engines with their infrared seekers. Russian attack helicopters can fire flares to throw off the guidance system of these anti-aircraft systems, but the flares do not always work.

Fly At Night Only?

However, the Super Hunter should have an advantage over adversaries on the ground when flying at night. That’s why it’s not clear why the Super Hunter is getting shot down. It probably should not fly during the daytime, or when it does, it should fly at an altitude that is out of range of MANPADs.

The Super Hunter may not be the aircraft for deep strikes beyond enemy lines in this war. It may have to fire its own air-to-ground missiles from stand-off range and attempt to focus on what it was created for – destroying enemy tanks – and not flying too far behind enemy lines.