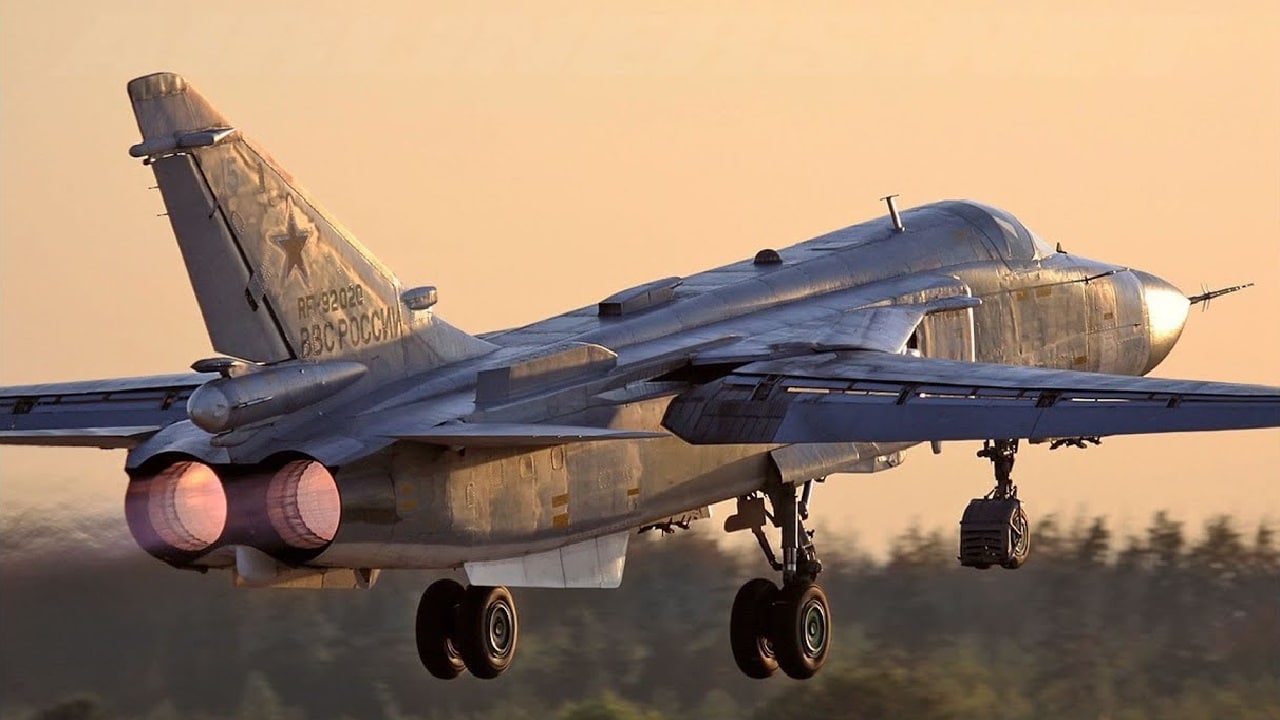 Russia may have engaged in a very extreme form of “scare tactics” earlier this month when a pair of Su-24 bombers and two Sukhoi Su-27 fighters briefly entered Swedish airspace. On March 2, the Russian aircraft, which took off from the Chernyakhovsk Air Base in Kaliningrad, flew over the Baltic towards the island of Gotland before they were intercepted by a pair of Swedish JAS 39 Gripen jet fighters.

Russia’s aircraft had reportedly strayed into the Swedish airspace for around one minute. Swedish media claims to have confirmed that the bombers were equipped with nuclear warheads. 1945 is not able to independently confirm the claim.

The timing of the flight was quickly noted, as it came just one day after Russia’s Vladimir Putin threatened military action against Sweden and Finland if they joined NATO. At the time of the incursion, the two Scandinavian nations were conducting joint military exercises. Both Finland and Sweden have a long history and complex relationship with Russia going back centuries.

While each maintained a policy of neutrality throughout the Cold War, both also maintained good relations with NATO. Since Russia launched its unwarranted and unprovoked attack against Ukraine last month, both Helsinki and Stockholm have moved closer to joining the international alliance. In addition, Finland recently inked a deal to purchase the Lockheed Martin F-35 Lightning II, the fifth-generation stealth fighter widely employed by many NATO members.

“‘This is a signal to Sweden that we have nuclear weapons and we could also consider using them,” military strategic expert Stefan Ring told Sweden’s TV4 Nyheter, The Daily Mail reported.

“We assess it as a conscious action. Which is very serious, especially as [Russia] is a warring country,” added Swedish Air Force Chief Carl-Johan Edström. “I cannot rule out incorrect navigation, but everything indicates that it was a deliberate act. That they violated Sweden’s borders.”

Sweden’s Defense Minister Peter Hultqvist also called the Russian violation of his nation’s airspace to be completely unacceptable. “It will lead to a firm diplomatic response from Sweden,” he told reporters this week. “Swedish sovereignty and territory must always be respected.”

Instead of driving Sweden away from NATO, the incident could be one that could have the opposite effect. On Monday during a joint conference with Swedish Prime Minister Magdalena Andersson in Berlin, German Chancellor Olaf Scholz said Sweden “can count on” other European countries to come to its defense in the event of a Russian attack – even though the Scandinavian nation isn’t a member of the NATO military alliance.

The flight on March 2 was meant to send a message.

“It is highly unlikely there was any mistake made,” explained Matthew J. Schmidt, Ph.D., associate professor of national security and political science at the University of New Haven.

“The pilots who carry nuclear weapons are the best trained and experienced pilots that Russia has, and there is little chance that an error was made,” Schmidt told 1945. “It was a direct and intentional violation of Swedish airspace. It was also over Gotland, the island that has been called Sweden’s unsinkable aircraft carrier in the Baltic Sea. This was meant to send a message: Russia intends to push hard against anyone that it deems as a threat.”

It was very much a dangerous game of brinksmanship on Russia’s part.

“The Su-24 and Su-27 are the best aircraft in the Russian system, which makes this an extremely provocative move by the Kremlin,” Schmidt added. “The chance of a mishap, as the bombers were carrying nuclear weapons, is so much higher than putting strategic rocket on alert.”

“This is Moscow’s flexing of its muscles, but it isn’t the first time it has done so,” Kochis told 1945. “Russia had over flown Finnish airspace in recent months, but the nuclear weapons on the bomber was really additional posturing.”

It likely won’t change the debate, and if anything could push Sweden and Finland closer to NATO membership.

“Russia has worked hard politically to keep those two nations out of NATO, but since the invasion of Ukraine, both have been sprinting towards joining NATO,” Kochis added. “If they are accepted, they’ll likely expect some kind of Russian response. That could be a cyber incursion in Sweden, or some kind of hybrid warfare, such as the use of migrants in Finland.”

Note: This piece was updated to include more expert analysis.