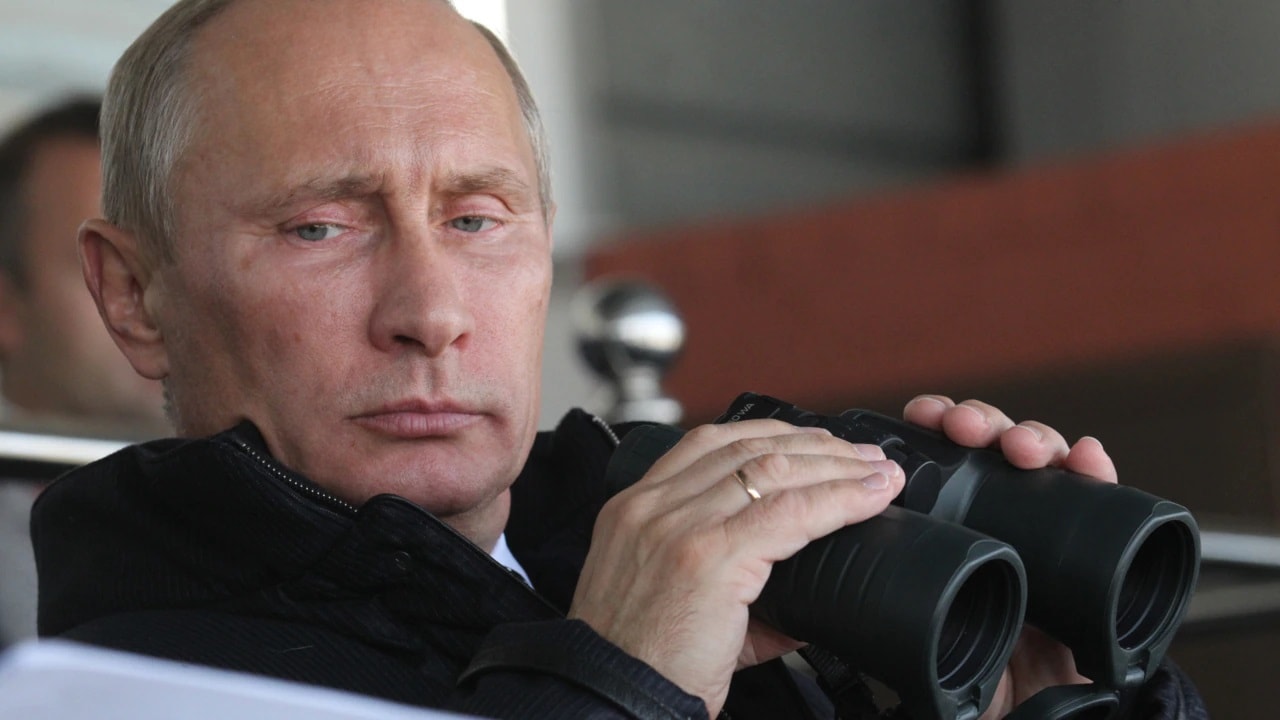 The Russian onslaught in Ukraine set loose an important—but ultimately subjective and insoluble—debate about the mental state of one of the belligerents. Namely the aggressor, President Vladimir Putin. “Is Putin Irrational?” asks a typical entry in the genre. Or as strategic theorists would put it, do calculations of cost, benefit, and risk govern Putin’s decision-making, or do passions such as humiliation, hatred, and spite predominate?

The answer matters. A rational opponent can be deterred, or perhaps compromised with. An irrational one would be given to brinksmanship—or worse. The stakes could scarcely be higher when an opponent oversees a nuclear arsenal.

Rational or irrational? There are powerful arguments for both schools of thought. The despot in Moscow clearly longs to avenge the Soviet defeat in the Cold War, and to resurrect a Russian empire in some form or another. In part his aims are defensive in outlook, and thus rational—even though they goaded him into an unjust war against a sovereign neighbor. No great power relishes having a rival great power adjoining its frontiers. Putin believes, with some cause, that NATO might someday accept Ukraine as a member state—bringing the U.S.-led alliance to Russia’s door. Restoring some semblance of the geopolitical buffer the Soviet Union enjoyed thus commands high priority at the Kremlin.

And then there are more offensive aims, also rational if also morally objectionable. If Russia were to seize all of Ukraine, it would occupy all of the strategic Black Sea coast, the Russian Navy’s gateway to the Eastern Mediterranean (via the Bosporus and Dardanelles, controlled by NATO member Turkey). Adding Ukraine to a Greater Russia would forever prevent the Atlantic alliance from ensconcing itself along Russia’s borders. It would also give Moscow a forward platform for applying pressure on Romania and Bulgaria, erstwhile Soviet satellite states that now belong to NATO.

These aims may amount to mistakes or even self-defeating behavior—I believe they do—but that doesn’t make them irrational. Putin places inordinate weight on them, warranting heavy outlays of manpower and military resources for a significant amount of time. From his perspective, moreover, it’s worth running the significant risk to clutch at a pearl of great price.

But then there are indicators that lend support to the Putin-is-irrational thesis. Long ago he proclaimed the downfall of the Soviet Union the twentieth century’s greatest geopolitical calamity. Just before launching the February 24 invasion, he delivered a speech denying Ukraine’s nationhood, seeming to declare it integral to Russia on historical, cultural, and religious grounds. He vowed to “denazify” the democratic regime in Kyiv while accusing Kyiv of genocide against ethnic Russians. Such claims are reminiscent of Beijing’s constant seething over China’s “century of humiliation,” a painful interlude of subjection to seaborne empires that nonetheless ended seventy-three years ago, not to mention its claims to sovereignty over Taiwan, the South China Sea, and the Senkaku Islands.

Dark passions impel revisionist leaders to try to turn back the clock to some golden age. But despite the tenor of Moscow’s pronouncements, it may be that upbeat passions are at work as well—however baleful their consequences might be. In fact, it may be that a variety of hope rules in Moscow. Decades ago, in his classic treatise The True Believer, the Bay Area longshoreman-philosopher Eric Hoffer explored the motives of those who embark on inexplicably risky, and thus arguably irrational, actions in the service of some grand-seeming cause.

Hoffer breaks down the motives that drive mass movements—including nationalist movements such as the one Putin has tried to kindle—almost into a formula. First, followers of such a movement, Hoffer’s true believers, must be radically disenchanted with the status quo, and bent on sweeping it away to replace it with something better. This is Revolutionary Warfare 101. Second, true believers must feel a sense of power to bring about fundamental change. Hoffer adds that far from being a detriment, inexperience is an asset to the movement; true believers don’t know that what they’re attempting is impossible, so they plunge ahead irrespective of likely obstacles. Once in a while a flaky-seeming movement actually does the impossible, as in the Russian Revolution and the Chinese Civil War.

And third, there’s the leadership factor. Someone has to impart purpose and direction to passions, which otherwise might sputter and die. The leader of a successful mass movement opines Hoffer, is adept at merging these factors into an overpowering appeal. A V. I. Lenin or Mao Zedong—or potentially a Vladimir Putin or Xi Jinping—ignites “extravagant hope” within the movement. Onrushing hope propels the faithful along to a bright destiny if successful. This is another way to appraise the leadership of contemporary authoritarian leaders: are they capable of inspiring extravagant hope among their citizens, or are they run-of-the-mill strongmen who impose their will with a kind—or not-so-kind—word and a gun?

Not-strictly-rational passions, then, animate Russia and China at least in part. Whether they overwhelm cost-benefit calculations is the crux of the debate. The answer is unknowable because no human being can finally know what takes place in another’s cranium. Even the occupant of that cranium may not know. Plus, strategic grandmaster Carl von Clausewitz hints at how a fully rational combatant could tote up costs, benefits, and risks and arrive at a course of action that seems foolhardy if not downright crazy. Writes Clausewitz, “since war is not an act of senseless passion”—it’s a rational act, or ought to be—“but is controlled by its political object, the value of this object must determine the sacrifices to be made for it in magnitude and also in duration. Once the expenditure of effort exceeds the value of the political object, the object must be renounced and peace must follow.”

What he means by this is that how much the leadership wants some goal governs how much the leadership is prepared to spend on it. It can estimate how the rate at which it must spend militarily relevant resources and how long it must keep up the expenditure. Magnitude and duration, then, are at least somewhat quantifiable. But what about the value placed on the political object of a martial endeavor—on the goal? What are the objective units of measurement for how much someone covets something? There are none. Passions are an accelerant. They can inflate the value a competitor attaches to its goals, potentially without bounds—justifying an effort disproportionate to the strictly measurable, and rational, value these goals merit.

Which, again, is why the debate over the mental faculties of a nuclear-armed antagonist is both imperative and unfathomable. Is Vladimir Putin irrational? I think not. But this is cold comfort. He might be rational in a way that produces policies and strategies that no dispassionate observer could countenance.

Just ask an American philosopher and a long-dead Prussian soldier.