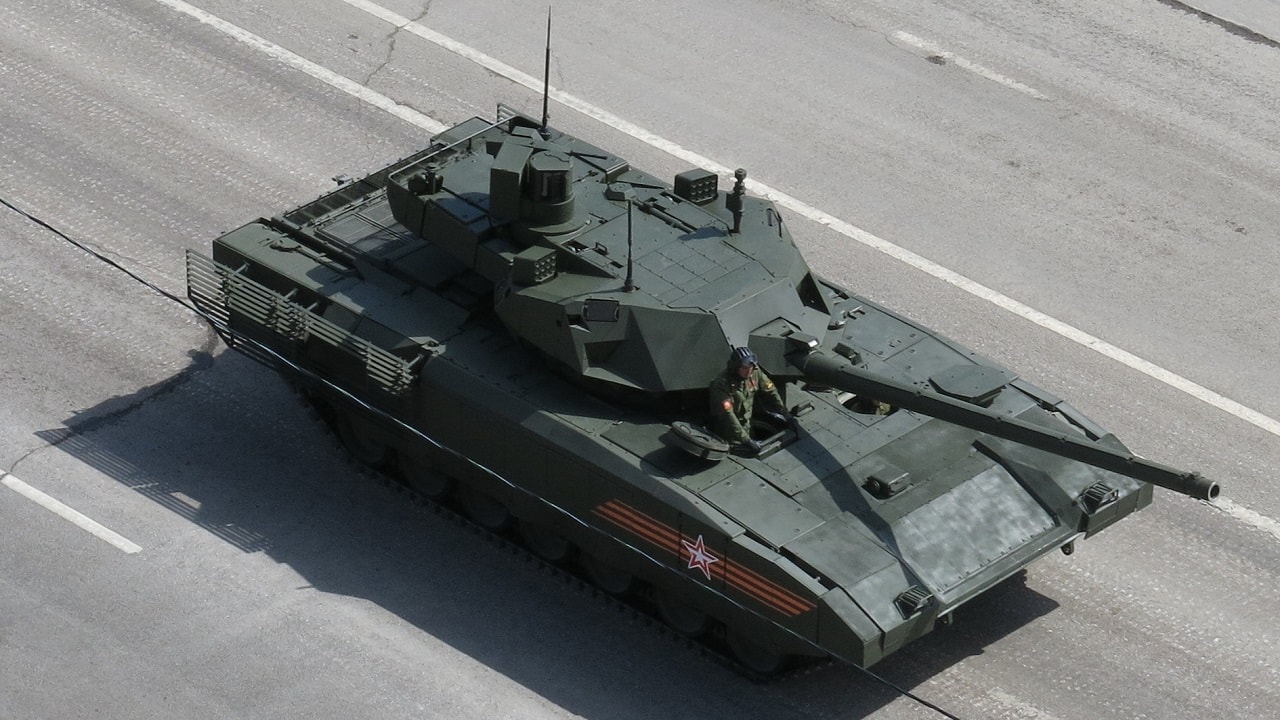 The war in Ukraine takes a strange turn: The satellite images of a 40-mile-long Russian military convoy on a Ukrainian highway are both awesome and bizarre.

The images are awesome because they capture the scale of a mechanized offensive that seems less like 21st Century limited warfare, and more like the Nazi and Soviet blitzkriegs that swept across the Ukrainian steppes in World War II. The photos are also bizarre because armies are usually careful to avoid creating big, juicy targets for airstrikes, artillery bombardment, and guerrilla raids.

All of which creates some puzzling questions. Why do the Russians have such a potentially vulnerable convoy? And have the Ukrainians been able to exploit that vulnerability?

While the U.S. Army had long road convoys during the 2003 drive on Baghdad, they were never as long as the Russian convoy, according to John Spencer, a retired U.S. Army major and head of urban warfare studies at the Madison Policy Forum.

“We would not invest that much of our combat power on a single road like that,” Spencer told 1945.

Nonetheless, satellite images from space imagery company Maxar show long lines of military vehicles on the major highway north of the Ukrainian capital of Kyiv, which appears to be the main objective of the Russian invasion. The column is now just 19 miles from Kyiv, with the head of the convoy near the Antonov airport northwest of Kyiv.

“The extent of the convoy stretches from near Antonov airport in the south to the northern end of the convoy near Prybirsk (distance along the road is approximately 40 miles),” said a February 28 Maxar bulletin. “Note that along parts of the route, some vehicles are spaced fairly far apart while in other sections military equipment and units are traveling two or three vehicles abreast on the road.”

The column consists of the typical gear of a modern mechanized army: tanks, armored personnel carriers and self-propelled artillery, as well as the requisite supply trucks and fuel tankers. It is the latter that are of particular interest. While armored vehicles can be targeted by air- and ground-launched anti-tank missiles, soft-skinned logistics vehicles are extremely vulnerable to air and artillery strikes. The German blitzkrieg that nearly defeated the Soviet Union in 1941, and the Allied invasion of Normandy in 1944, owed much of their success to aircraft interdicting supply lines.

The Russian convoy has been stalled for days, which has left Western observers puzzled. They attribute the pause to poor Russian planning for an invasion that Moscow expected to topple the Ukrainian government in a lightning shock-and-awe demonstration of mobility and firepower. Russian soldiers apparently ran out of fuel and food as they encountered unexpected resistance. Instead, the Russians seemed bogged down in so-far futile attempts to seize Ukrainian cities such as Kharkiv and Mariupol, with the ultimate prize of Kyiv so close and yet still untaken.

“The Russian effort around Kyiv remains poorly organized, with elements of many different battalions combined into what seem to be ad hoc groupings rather than operating under standing regiment or brigade headquarters,” according to a new analysis by the Institute for the Study of War. “The initial errors in the Russian force composition and organization in Belarus and western Russia…which contributed to Russian logistical and operational failures around Kyiv, will be difficult to remedy quickly and will likely continue to cause friction and reduce the effectiveness of Russian operations even as supply issues are addressed and reinforcements come into the fight.”

Will Ukraine Hit the Convoy?

The other big question is how – or if – Ukrainian forces are hitting a long convoy of stalled vehicles that are sitting ducks. Ukrainian commanders have told Western media that they have employed Su-24 and Su-25 strike aircraft, artillery and missiles against Russian columns. A video posted on Twitter by the Ukrainian military purportedly shows a drone strike against Russian vehicles.

Yet if there were frequent attacks on that big Russian convoy, one would expect to see satellite images or more videos of destroyed vehicles. So far, that evidence is lacking.

But perhaps there is a good reason for Ukraine not to attack the convoy, which is probably well-defended by anti-aircraft weapons and ground troops. Spencer believes the outnumbered and outgunned Ukrainian military would do better to fight in the cities rather than come out into open terrain where Russian firepower could destroy them.

Can Ukraine Attack from the Air?

“There are very few Ukrainian military forces near the highway, so it would have to be an aerial attack,” said Spencer. “It makes sense that the Ukrainians would not want to move forward and attempt to get in the open in any way. That’s just suicide. Their advantage, especially up there in the north, is to stay in the urban terrain and wait until that convoy gets in range of whatever weapons systems the Ukrainians have.”