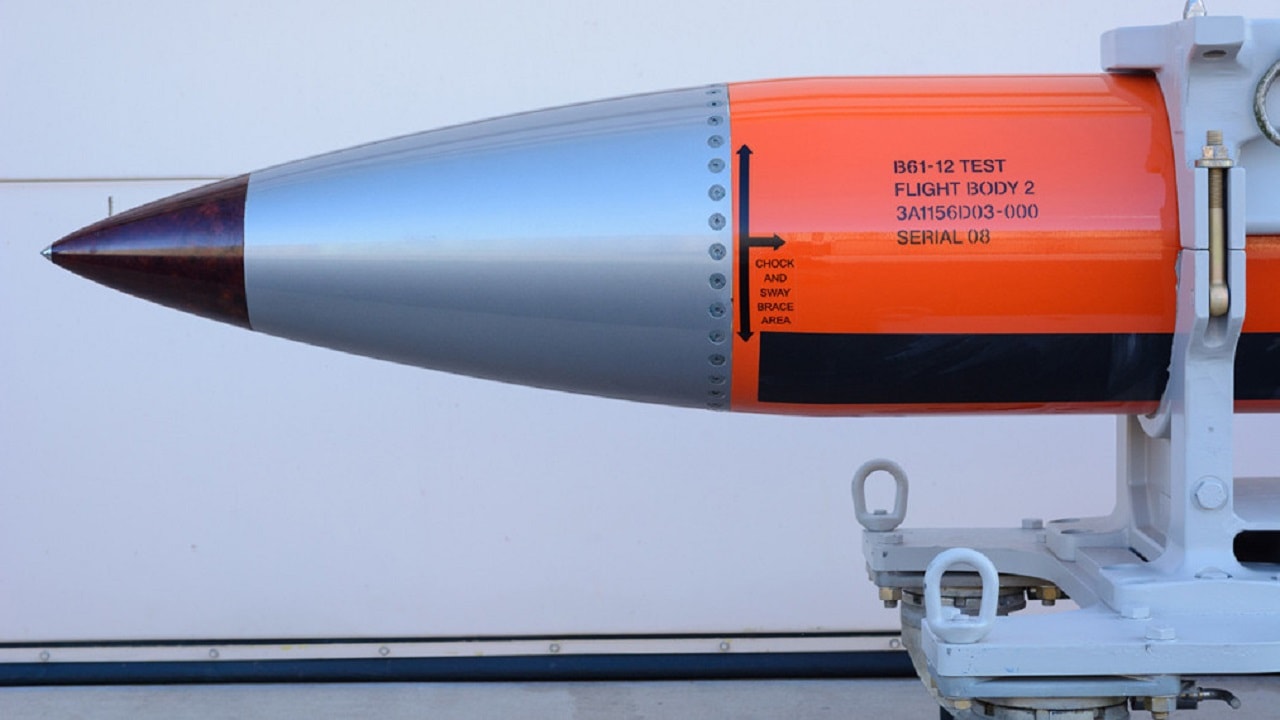 Can Deterrence be Restored if Russia Uses Tactical Nuclear Weapons in Ukraine? – It was eerily quiet in Lviv, the main city in western Ukraine. At 3 am, however, night turned to day as a brilliant flash arose first over the Yavoriv Military Base, 40 miles west of Lviv and just six miles from the Polish border. Three minutes later, residents of Lviv—awakened not only by the flash but by rattling windows and a strange wind—saw another flash on their southern horizon in the direction of Stryi, just under 50 miles away.

Frustrated with his stalemate and growing losses, Russian President Vladimir Putin had ordered his forces to use tactical nuclear weapons. To avoid escalation, Putin used 9K720 Iskander ballistic missiles with warheads of only five kilotons, less than half the yield of the “Little Boy” bomb that the United States dropped on Hiroshima and only one-quarter the yield of the “Fat Man” bomb dropped on Nagasaki at the close of World War II. While Putin at first denied his forces had used nuclear weapons, as evidence mounted, he justified his actions in the two airbases’ use as transit hubs for shipment of weaponry to Ukraine. Fearful of further use of nuclear weapons, both Germany and France criticized Putin but called for critical dialogue. Ukraine, they demanded, cease its fight.

This of course is just a scenario—a hypothetical—but one that is conceivable. While the White House projects uncertainty because they worry about Putin’s nuclear embrace, another problem looms: In the aftermath of any nuclear strike, how to stop the next one?

When the United States used nuclear weapons against Japan, Washington had little understanding of the horror of fallout and radiation. To the Truman administration, a nuclear bomb was just a quicker, more efficient way to achieve a city’s destruction without the need for all the aircraft (and risk) that a Dresden-style firebombing would cause. President Truman also justified the attack in the belief that ending the war quickly by shocking Imperial Japan with such magnitude of destruction would save lives by avoiding an amphibious assault on Japan.

When the world learned the truth about nuclear weapons, the stigma with their use grew immensely. During the Cold War, both the Soviet Union and the United States built nuclear arsenals capable of destroying the world several times over, but successive secretaries-general and presidents (despite some close calls) refrained from deploying nuclear weapons against each other or their proxies. When, in 1969, Soviet diplomats quietly sounded out their American counterparts about Washington’s reaction should Moscow launch a limited, preemptive nuclear strike on communist China’s nascent nuclear program, American officials forcefully shot down the idea even though, in theory, the strike might be both limited and resolve both Soviet and American concerns about Mao Zedong’s ambitions. To make an exception to the nuclear stigma was simply too dangerous.

Herein lies the problem: A stigma is strongest when the stigmatized activity has little precedent. It has been more than 75 years since the last wartime nuclear detonation. Should Russia use even a small yield tactical nuclear weapon, there is little likelihood that other powers would wait another 75 years.

Consider car bombings or beheading in Iraq, for example. When they initially occurred, they were front-page news around the globe. As they became more common, newspapers buried any mention if at all deep in the paper. The only exception would be when violence reached a new scale: Christians lined up on a beach in Libya for a mass beheading or a vehicle bombing that killed more than 100 children.

The reason why so many criticized President Barack Obama’s failure to uphold his redline after Syrian President Bashar al-Assad used chemical weapons was that it suggested that the cost for their repeated use would be minor. With every chemical weapons attack, the shock diminished. Some analysts even rationalized that it made no difference to the victims if killed by a bomb or a chlorine cloud.

Back to nuclear weapons: If Russia uses tactical nuclear weapons, expect other countries to do so within a decade. Iran already has precision missiles, enriched uranium, and it has experimented with warhead design. A Russian strike on Ukraine might be a green light for the Islamic Revolutionary Guard Corps to move on Yanbu, Tel Aviv, or the Fifth Fleet Headquarters in Bahrain. Should they do so, perhaps the new stigma would be proportionality: The international community might demand Israel or the United States respond with the same yields or below. Such constraints on yield, however, would erode slowly with each use.

Deterrence has always been more fragile than some political scientists expect. A world without effective deterrence would be a far more perilous place. My colleagues Hal Brands and Kori Schake are correct that a desperate Russia is increasingly dangerous. What is at stake now, however, is far more than Ukraine. It is time for the White House to convince Putin he cannot survive even a small-scale use of nuclear weapons rather than signal that there are shades of gray in the world’s aversion to crossing the nuclear threshold.