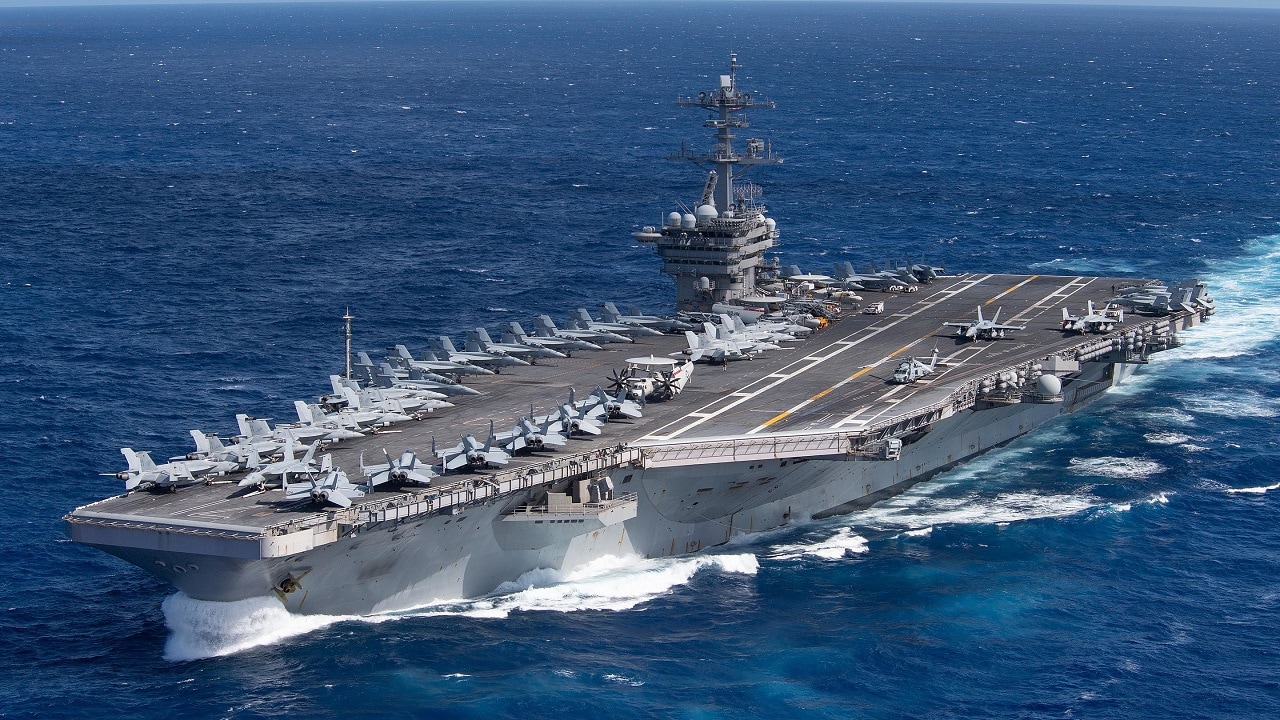 The Chinese Navy has big dreams to be just like the US Navy with a fleet of aircraft carriers: You know that China wants a sizable force of aircraft carriers and yearns to have a blue water navy that could easily steam into the Indian Ocean and the Persian Gulf. This capability could better establish protection of its sea lanes for trade and commerce outside the East and South China Seas, plus secure energy supplies for the coming decades.

What if it built and deployed a nuclear-powered carrier that could sail around the world, just like the US Navy? That is the goal of the People’s Liberation Army Navy (PLAN).

China is meeting its aircraft carrier program objectives and milestones. It currently has two working carriers – the indigenously rebuilt Liaoning and the home-built Shandong. The PLAN is also constructing a third carrier. None of them are nuclear-powered, but the PLAN is ever confident regarding its shipbuilding prowess and wants to build a fourth carrier with nuclear propulsion.

Chinese Carriers Are Getting Better

The Chinese are showing that they can assemble carrier strike groups led by the Liaoning and deploy into waters that could become flashpoints in a naval conflict with the United States. They are now able to launch and arrest airplanes day or night. A recent task force returned to China at the end of 2021 after operating in the Yellow Sea, East China Sea, and the Western Pacific. This shows the Chinese are serious about modern carrier operations.

Join the French and Americans

Nuclear-powered aircraft carriers are in service only with the Americans and French. So, the Chinese could be projecting power with the best of them someday. Nuclear-powered ships can be on the go for 20 years without a refit and re-fueling, while sometimes serving for 50 years.

This planned ship would likely be called the Type 004, at least in the beginning. The aircraft carrier would perhaps have a system that will enable electromagnetic launch catapults – a significant development – only the U.S. Navy’s Ford-class has this feature. The carrier could deploy up to 100 aircraft, including the J-15 or the J-20 fighters and airborne early warning and control aircraft, plus anti-submarine warfare planes.

As usual the Chinese are being cagey about announcing their plans for nuclear-powered flat-tops. The Chinese know that nuclear-powered warship aspirations will be a long and uncertain path. Last year, the South China Morning Post said the fourth carrier has already lived through two years of delays and it is unknown how long adding nuclear propulsion would take.

“Shipbuilders and ship propulsion engineers are keen on making a significant breakthrough with the construction of the fourth carrier,” a source in the Chinese defense ministry said. “It will be a technological leap for the shipbuilding industry … but construction may take longer than for its sister ship due to the different propulsion systems.”

What does a nuclear-powered carrier take to build? Exorbitant amounts of time and money.

Examine the journey of the USS Gerald R. Ford, America’s new supercarrier. The Ford has already endured a long path to success. It was authorized to be built in 2008. Construction took almost four years. Then it was commissioned in 2013. It needed testing dockside for 3.5-years, while the nuclear reactors were loaded, and sea trials were executed. This process cost the navy $13.3 billion. The Ford is still undergoing shock trials as of 2021.

Since the Chinese have no experience with nuclear-powered ships, they may not be ready for such a commitment. But keeping up with the U.S. Navy is a strategic concern. Just saying the words, “nuclear-powered aircraft carrier” is music to the ears of the PLAN.

Can They Really Build It Soon?

I don’t see the Chinese finishing a nuclear-powered carrier until the end of the decade. But until that time, they will have three aircraft carriers in action soon. It is conceivable that the Chinese could obtain nuclear plans from the U.S. Navy by surreptitious methods via traditional or cyber espionage, and might already have done so according to some reporting. This would hasten the construction of a nuclear-powered carrier.

The Chinese Navy Is Already a Threat

However, the Chinese have the world’s largest navy at 355 ships. They have ventured as far as the coast of Alaska. In September, four Chinese warships were spied executing what appeared to be military operations near Alaska’s Aleutian Islands. Thankfully, the U.S. Coast Guard kept an eye on them. This is what I mean by global reach.

Achieving nuclear propulsion would be a significant step forward for the PLAN’s ambitions for a strategic multi-hemisphere navy. The Chinese could execute their “string of pearls” strategy that allows them to have maintenance and support facilities along the sea routes in the Indian Ocean, around India to the Middle East, to ensure the Chinese have a clear path to getting energy exports from the region.

China’s Xi Jinping should be pleased with the growth and ambition of the PLAN. Aircraft carriers symbolize power and nuclear propulsion has even more prestige. Chinese ships are already getting close to the United States, and it will take more than the Coast Guard to ward them off next time they wander close to American shores.

Now serving as 1945’s Defense and National Security Editor, Brent M. Eastwood, PhD, is the author of Humans, Machines, and Data: Future Trends in Warfare. He is an Emerging Threats expert and former U.S. Army Infantry officer. You can follow him on Twitter @BMEastwood.
In this article:Aircraft Carriers, China, Chinese Military, NotHome, Nuclear-Powered Aircraft Carriers, PLAN, US Navy