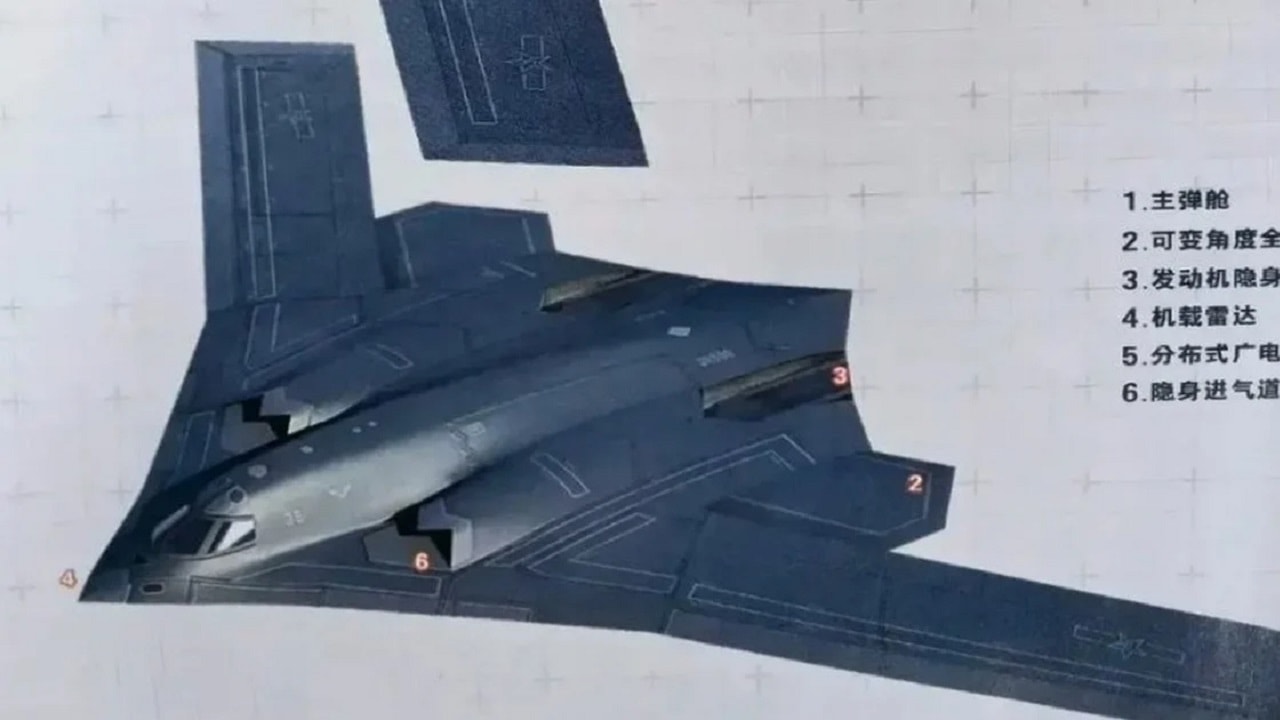 Sure, Russia and Ukraine are clearly the talk of the internet these days in defense circles. However, China is working on some serious weapons we need to pay attention to, like the H-20 stealth bomber: All eyes are on Ukraine these days, but the Chinese Air Force is moving ahead with next-generation bomber development.

With Western attention focused on Russia’s invasion of its neighbor, China is still flying missions to Taiwan’s air defense identification zone. In fact, during the first 24 hours of the Russia-Ukraine conflict, the Chinese flew nine airplanes to Taiwan’s ADIZ, including eight J-16 fighters and one Y-8 recon plane.

What would it mean if the People’s Liberation Army Air Force had a new stealth bomber to bully the Taiwanese with? That’s what PLAAF is planning with its new Xian H-20 radar-evading bomber. This flying wing design has some observers comparing it to the American B-2 Spirit and B-21 Raider bombers.

The Chinese H-20 is likely still in prototype mode. Not much is known about it except for some glimpses in Chinese airplane hype videos. A flying wing is believed to be stealthier than a conventional airplane with a traditional tail. And China is likely building on this type of airframe.

It could also use a so-called “ruddervator” which means it would have horizontal and vertical tail controls with its V-shaped tail. This design is less stealthy but more maneuverable. Computer-generated images show dual engines housed inside the airframe and two radar-evading air intakes on both sides. The H-20 could also have an active electronically scanned array (AESA) to spot threats.

Many Weapons Are Possible – Both Conventional and Nuclear

There are numerous types of weapons the H-20 could field with its predicted payload of 45 tons. Most serious would be nuclear-capable hypersonic weapons with infrared homing technology. Nuclear-equipped cruise missiles could also be launched from the H-20, plus land-attack conventional cruise missiles.

H-20 It Could Be a Strategic Bomber

It could obviously threaten Taiwan plus extend its range to the second island chain and beyond to target Guam, Japan, and the Philippines. It may not have the range of the B-2 and B-21 that can aerial refuel and take off in the continental United States for long-range missions around the world. However, the Defense Intelligence Agency wrote in a China military power report that the H-20 could have a 4 to 5,000-mile combat radius. That may be speculation, but if true, that kind of distance would indeed make it a strategic bomber and an important leg of China’s nuclear triad.

This is a huge technological jump for the Chinese who currently depend on the H-6 series of bombers based on the Soviet Tu-16 Badger. The H-20 could someday take out air defenses and U.S. naval vessels to clear a path for the older H-6 bombers to create more destruction. So, the PLAAF would not have to deal with producing large numbers of H-20s to make a difference in the Indo-Pacific region.

This also adds to the basic anti-access area denial practices of Chinese military doctrine. The United States and its allies would have to re-assess their own doctrine, techniques, and procedures in East Asia and upgrade the intelligence on capabilities and threats from China’s nuclear triad – especially if the H-20 has such a long-range.

H-20 – Changing the Balance In a Dangerous World

It may be premature to speculate too much about an airplane that has only been seen in videos and computer-generated still shots. But the United States is working in a new world of two emerging powers – Russia and China – that make it easy to take the eye off the ball in watching weapons programs from both countries. There are just too many capabilities and threats that are emerging.