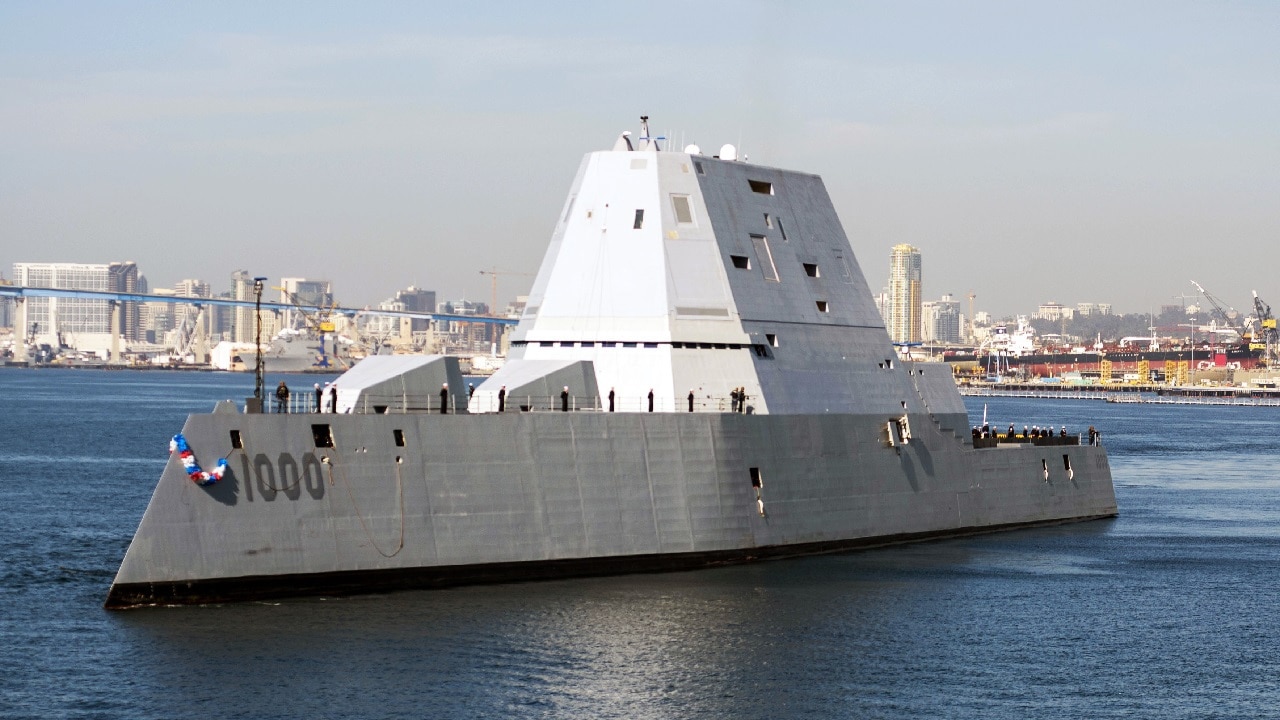 The Zumwalt-class seemed troubled from the start. Could hypersonic missiles save them? The Navy’s hulking, geometric Zumwalt-class destroyers have been without a clear mission or a main gun – a technological feat that dead-ended into a three-hull mini-class amid cost overruns and a muddled way forward. But in next year’s budget request, the service affirmed plans to mount hypersonic weapons on the ship in a move that could place the Zumwalt at the center of the Navy’s forward-looking strategy, and possibly breathe new life into other aging ship classes.

To accommodate the weapons, officials said, the Navy will need to remove the two 155mm Advanced Gun System Mounts on the ship. AGS was specially designed for the Zumwalt class and intended to fire Long Range Land Attack Projectile, or LRLAP, rounds. However, the purchase of the ammunition was canceled in 2016 after it was determined that each round would cost upwards of $800,000. No replacement weapon or round has been secured until now, leaving the ships unable to perform their originally planned mission of naval gunfire support.

In the retrofit, “the CPS capability will be installed in the space previously occupied by the forward [AGS] gun mount while the aft mount will remain open for future capabilities,” NAVSEA officials told Sandboxx via email. “The ship’s relatively large volume and timing of her scheduled dry docking availability are key enablers to rapidly field CPS capability in USS ZUMWALT.”

Budget documents show a target date of 2025 for completing the installation of CPS on Zumwalt. Officials said the retrofit work and integration of hypersonic weapons will be funded out of the $15 million appropriated by Congress in fiscal 2021 for the CPS program, and an additional $75.4 million designated for research, development, test and evaluation (RDT&E) in fiscal 2022.

From the promise of AGS to a proposal to install electromagnetic railguns, the Zumwalt class has taken its fair share of derision for ambitious plans that never came to fruition. But an analyst who spoke with Sandboxx suggested this new effort holds the promise of redemption for DDG-1000.

Jerry Hendrix, a retired Navy captain and former Pentagon staff member who is now a senior fellow at the Sagamore Institute, a think tank, called the Zumwalt “the answer to a question that no one knew we had.”

“The Zumwalt has all of this advanced communications capability. So it has the ability to sort of download all this information and get it plugged into the system fairly quickly, and probably get that shot off very, very soon,” Hendrix said. “Zumwalt also has space for additional staff, because of the size of that vessel. So you can really kind of put a planning cell on there… it really is a great platform for us to go to for the hypersonic weapon within the Navy.”

The Zumwalt class is designed to be operable with a crew of about 150, half that of the Arleigh Burke-class destroyers. But Zumwalt is a much larger ship, with 16,000 tons of displacement compared to the Burke’s 9,800, and 190 meters long to the Burke’s 154. With a sloping hull, small deckhouse, and sleek profile, DDG-1000 is designed to be difficult to detect on radar.

CPS, developed for the Navy by contractor Lockheed Martin Corp., employs the same Common Hypersonic Glide Body used in the Army’s Long Range Hypersonic Weapon program. Along with the Air Force, these services are racing Russia and China to develop capable, reliable hypersonic weapons, which will travel nearly 4,000 miles per hour, be maneuverable on the way to their target, and elude conventional missile defense systems through sheer speed. The Navy is also planning to equip its Virginia-class submarine with CPS missiles beginning in fiscal 2026.

The global interest in hypersonic weapons underscores the significance of speed and agility in response in future warfare, as well as the importance of accurate hits on target from a great range. The weapons being developed by the Army and Navy are projected to have a range of more than 1,700 miles, substantially less than intercontinental ballistic cruise missiles (ICBMs) but about three times the range of conventional cruise missiles.

“I refer to all the ships that get hypersonics as the Larry Bird ships of the Navy,” Hendrix said, referring to the legendary three-point shooter who played for the Boston Celtics. “These ships, because of the ranges associated with hypersonics, will be able to do that pinpoint accuracy from way outside the shooting range for the rest of the fleet.”

Because the Zumwalts are designed with a low-radar cross-section, they’ll be able to operate “much more comfortably” in regions where adversaries are practicing area-denial strategies that might keep other platforms at bay, Hendrix added.

The first of many

If mounting hypersonic weapons on DDG-1000 proves successful for the Navy, Hendrix said that other surface ships could gain new relevance as well. He pointed to a 2020 speech made by Robert C. O’Brien, President Donald Trump’s last National Security Advisor, at Portsmouth Naval Shipyard in Maine.

“The Navy’s Conventional Prompt Strike program will provide hypersonic missile capability to hold targets at risk from longer ranges,” O’Brien had said, as reported by Politico. “This capability will be deployed first on our newer Virginia-class submarines and the Zumwalt-class destroyers. Eventually, all three flights of the Arleigh Burke-class destroyers will field this capability.” 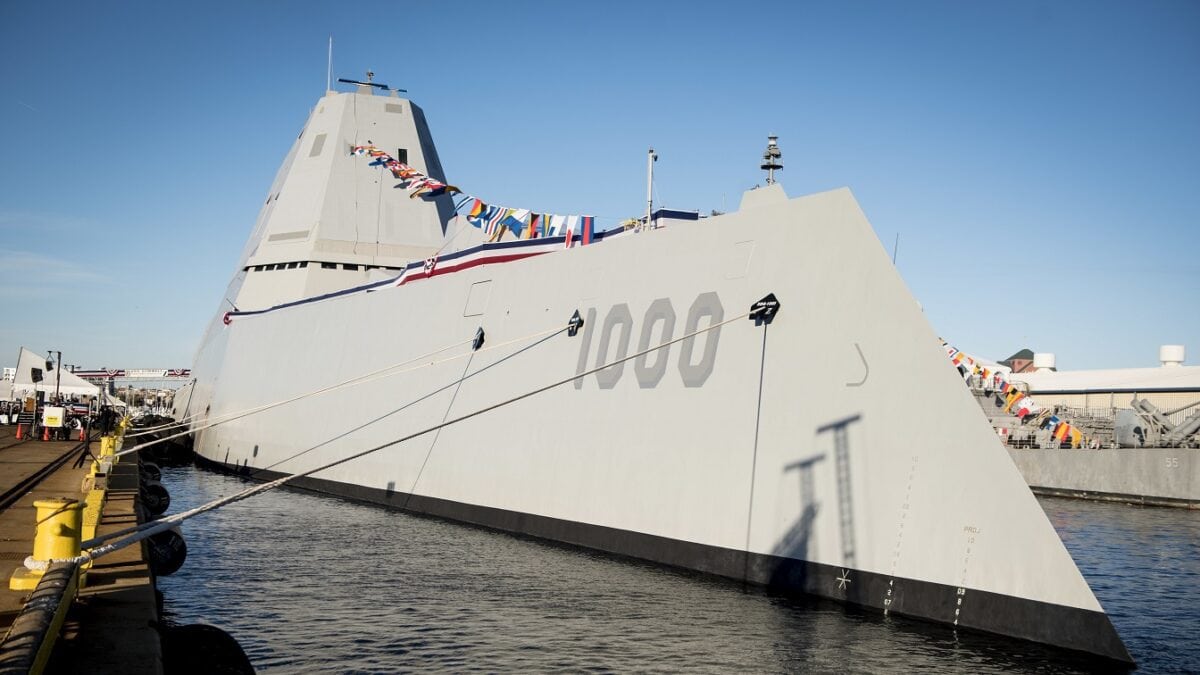 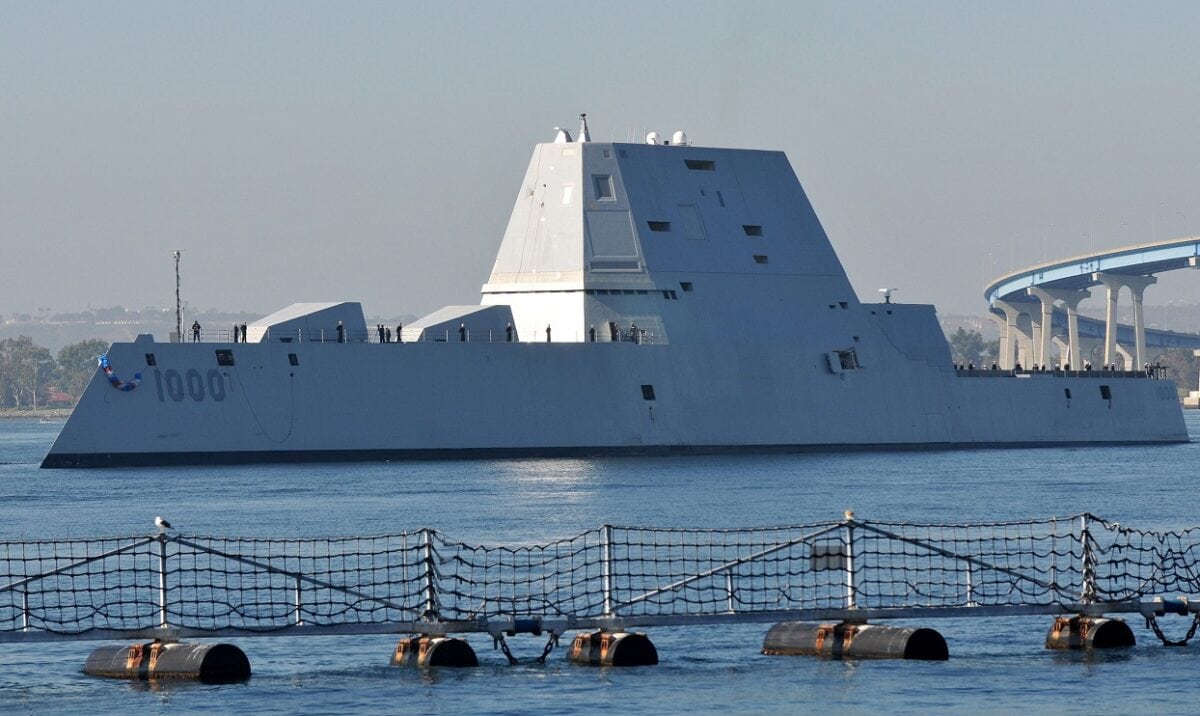 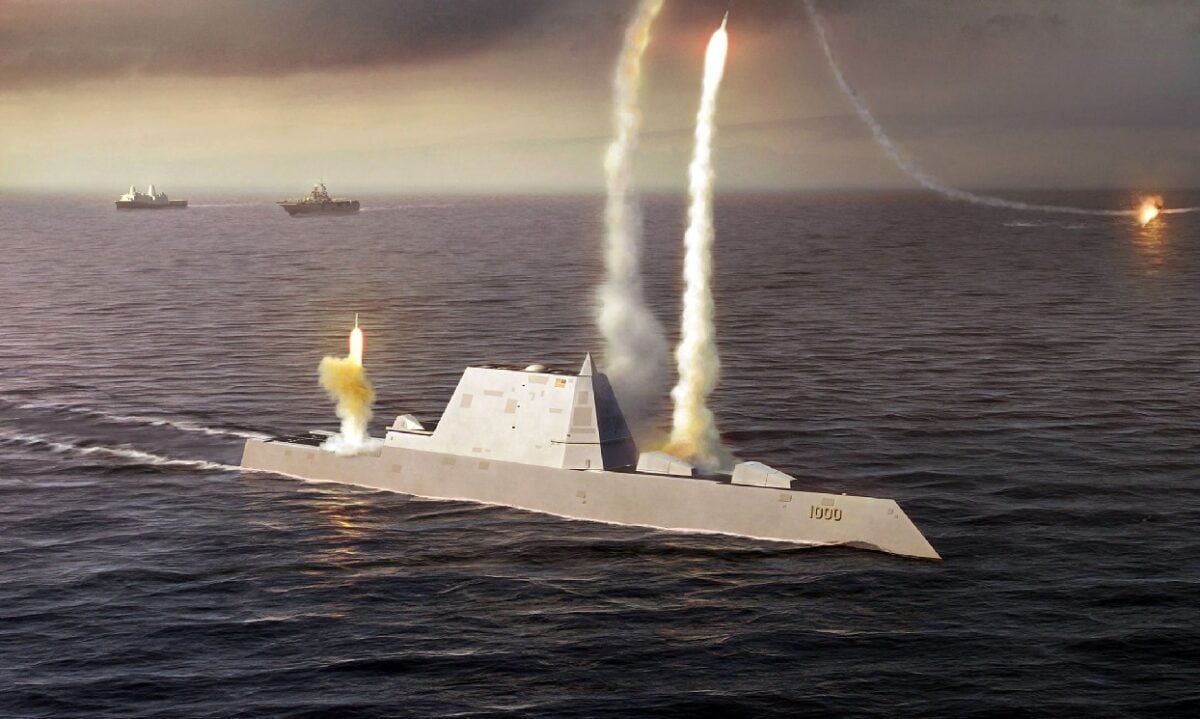 181207-N-IW125-1021
SAN DIEGO (Dec. 7, 2018) The Pre-Commissioning Unit (PCU) Michael Monsoor (DDG 1001) arrives in homeport of San Diego. The future USS Michael Monsoor is the second ship in the Zumwalt-class of guided- missile destroyers and will undergo a combat availability and test period. The ship is scheduled to be commissioned into the U.S. Navy Jan 26, 2019 in Coronado, Cailf. (U.S. Navy photo by Mass Communication Specialist Seaman Apprentice Nicholas Huynh/Released)

The first of the Burke-class destroyers was commissioned in 1991, and the Navy has dithered on whether to extend the ships’ service life past the planned 35 years. Adding hypersonic weapons to the Burke class would likely keep them in the fleet for longer while giving the Navy more options, he said.

“[The Zumwalts are] going to make great prototypes for us to look at operating and integrating these into fleet operations,” Hendrix said. “And I think that we’ve given the Zumwalts a new life, as it were.”

Plans for the first deployment of DDG-1000 have yet to be announced.

Navy officials told Sandboxx that the service “continues to explore employment opportunities for the DDG-1000 class and will announce further employment in the future.”

Hope Hodge Seck is an award-winning investigative and enterprise reporter who has been covering military issues since 2009. She is the former managing editor for Military.com. This first appeared in Sandboxx News.