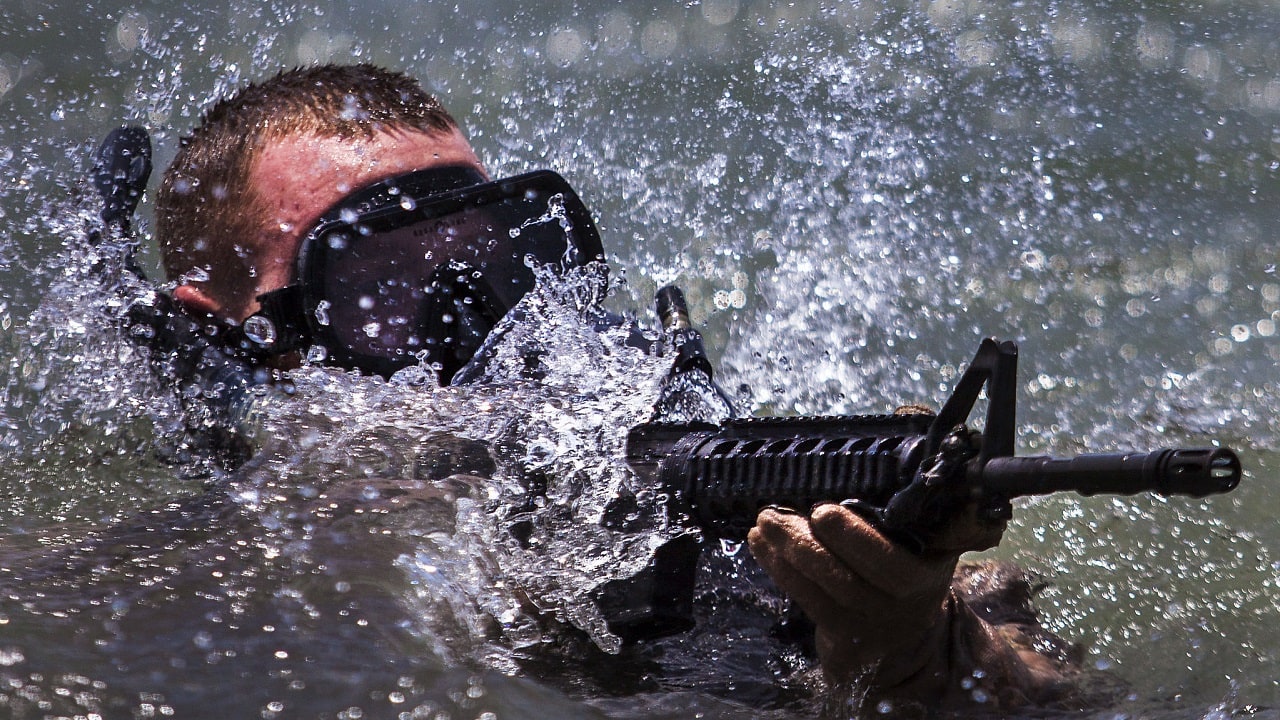 Amphibious Operations, RIP? It appears that Marine Corps Commandant General David Berger may have told the story of how his Service needed to transform itself too well. As part of his vision for a new Marine Corps, the Commandant called for reducing the size of the Navy’s fleet of large amphibious warships and acquiring a new class of smaller, lighter vessels.

Unfortunately, many observers, defense experts, and even some senior Pentagon officials concluded that General Berger’s modernization program required an either-or decision: either the Marines would be a force designed to operate in a high-end conflict, one reliant on light amphibious warships, or the Corps would maintain its role as a multifunctional force, the proverbial Swiss Army Knife, relying on large amphibs but in smaller numbers.

This either-or approach is already being reflected in the Navy’s FY2023 budget submission, which proposes truncating the planned procurements of the San Antonio-class LPD 17 Flight II amphibious warship, and retiring older ships, virtually guaranteeing that the residual amphib fleet will be too small and old to adequately support operations across the entire continuum of conflict. The proposed Navy budget also could seriously damage the nation’s shipbuilding industrial base.

In a series of memos, papers and speeches, General Berger made the case that the Marine Corps and the Navy’s fleet of amphibious warfare vessels had to be restructured and modernized in order to better support the Navy in a high-end fight with a near-peer adversary, particularly China. The Commandant argued that in an era of advanced ISR and long-range precision weapons, it was no longer possible to conduct amphibious maneuvers by massing large amphibious warships close to shore and within range of an adversary’s weapons. Hence, it made no sense to size the amphibious warfare fleet based on its ability to lift two Marine Expeditionary Brigades (MEBs). While he did argue that there was an ongoing need for large amphibious warships, the fleet could be reduced in size from 38 ships to just 31.

In addition, General Berger made a detailed case for the acquisition of a new class of small amphibious ships, dubbed the Light Amphibious Warship (LAW). Designed specifically to support smaller, lighter Marine Corps units operating as a stand-in force (SIF), the LAW will be relatively small, light, and cheap. In order to transport the required number of small units and resupply them, the Marine Corps proposed acquiring some 35 LAWs.

While the proposed future amphibious warfare force would be markedly different from the one that exists today, with half its number consisting of small, light vessels, the Marine Corps continued to argue that it required a robust modern fleet of large amphibs. The leadership of the Marine Corps has consistently made the case for at least 31 large amphibious warships in order to meet the requirement to deploy several Amphibious Ready Groups and Marine Expeditionary Units (ARG/MEUs) simultaneously, support flexible deterrent options and, in wartime, conduct operations up to a MEB-sized landing to seize critical terrain.

Moreover, the Marine Corps critique of large amphibious warships could not have come at a worse time. The Navy’s shipbuilding program is increasingly stressed by other demands, particularly for the Columbia-class ballistic missile submarine (SSBN). It is not entirely surprising, therefore, that the Navy’s FY2023 budget proposes it would buy one more LPD 17 for a total of just three and then shut down the line. This would also come at a time when the aging Whidbey Island class LSDs, which the LPD 17s were intended to replace, hit the end of their service lives, and are decommissioned. The Navy also wants to delay the start for the next large-deck landing helicopter assault (LHA) vessel, threatening the shipbuilding industrial base.

At the same time, there are signs that the LAW program may be in trouble. The program had already been delayed by more than a year. Concerns regarding the survivability of a small, light vessel have been raised. Efforts to make the LAW more survivable are likely to result in skyrocketing cost increases. This could make the program unaffordable.

This is why, as stated, many in the defense establishment, which seemingly includes some in the Navy, have adopted an either-or position on amphibs. The Marine Corps can have either small amphibs or large but not both. However, the absolutist notion that large ships are vulnerable while small ships are not is fundamentally flawed. It depends on the scenario, the capabilities of the adversary, defensive operations, and tactics.

In recent months, General Berger has sought to clarify his position, arguing that the LAW would not be a substitute for large amphibs. Rather, they were complementary capabilities. He asserted that “they are not a substitute for each other because a traditional amphibious ship has all the attributes that we know and love so much over the years that a Marine Expeditionary Unit and Amphibious Ready Group have been using.”

If the decision to truncate the LPD 17 Flight II program stands, this will do serious, possibly irreparable harm to both the amphibious warfare fleet and its supporting industrial base. It will seriously impact the shipbuilding supply chain, raising costs for all the other surface warfare programs. Moreover, reconstituting the fleet and restarting production of LPD 17s, should that be necessary, will be extremely time consuming and costly.

Even as the Sea Services move forward with the LAW, they must continue to build large amphibs. The LPD 17 Flight II procurement needs to proceed as originally planned. The next LHA must be acquired in time to prevent a break in production. Interpreting Commandant Berger’s arguments narrowly and rigidly may result in the Marine Corps being saddled with an aging and obsolescing fleet of large amphibs and a LAW that is too expensive to procure in quantity. As a consequence, the U.S. military could lose a unique and vital capability to conduct operations from the sea across the spectrum of conflict.

In this article:Amphibious, Amphibious Operations, featured, US Marines, US Navy