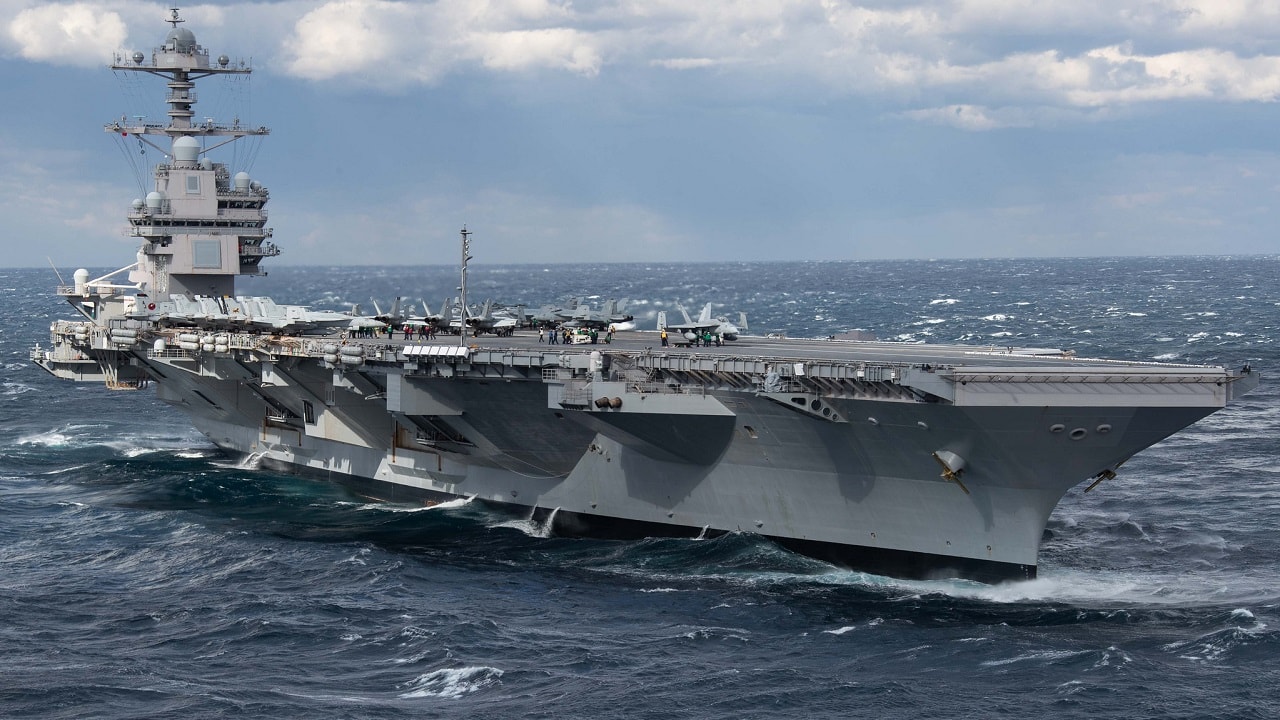 Navy’s New Budget Ignores Reality, Fails to Deliver Warfighting Capacity, and Is Probably Illegal – Bipartisan concern over China’s increasingly belligerent posture led Congress to require the Navy to achieve a fleet of 355 warships as soon as practicable. Past shipbuilding plans would hit that mark by 2034. But President Biden’s budget request trashes those plans. It not only ignores the urgent need to increase U.S. warfighting capacity, but it also appears to dismiss the legal requirement to make progress toward the 355-ship goal.

Like last year’s budget, the new request widens a yawning say-do gap between strategy and budgets. The need for a 355-ship Navy arose from the 2018 National Defense Strategy (NDS). While the Administration has yet to issue an unclassified NDS, a fact sheet accompanying the recently finalized classified 2022 NDS  indicates not much is changing.

Nor should it. On March 28, Deputy Defense Secretary Kathleen Hicks reiterated that Russia is a ‘concern’ and China the ‘pacing’ threat. Both characterizations require urgent action for sure, but you wouldn’t conclude that by looking at the budget.

The president’s Navy budget proposal continues a healthy focus on research and development for t challenges 10 or more years away, but dangerously underfunds here-and-now deterrence. Taking inflation into account, operations and procurement funding is cut back as well.  With 7.1 percent inflation, the funding request amounts to a real three percent cut to the Navy’s purchasing power.

Given the very real and pressing dangers facing our nation, serious investment in the Navy is imperative.  The nation has the money and resources needed for defense; it just needs to adjust priorities. During the Cold War, President Ronald Reagan’s 600-ship build-up (1980-1990) defense budgets averaged 6.72 percent of GDP while growing the economy on average 3.3 percent.

Then there is the question of reality. Russia’s invasion of Ukraine shocked Europe out its slumber, while the U.S. has barely stirred.  At the same time China continues a breakneck effort to modernize its military, while threatening to take Taiwan by force.  During the last 12 months, it has repeatedly exercised its air and naval forces around the island at the highest levels seen in decades.

Without an adequate deterrent or at least the semblance of an intent to deliver one, war with China becomes more likely.  Recall that, in March last year, Indo-Pacific Command’s Commander Admiral Philip Davidson warned that China was making every preparation for a showdown over Taiwan by 2027.  That assessment has been seconded by the current Indo-Pacific Commander Admiral John Aquilino, as well as the prior Secretary of State Mike Pompeo, who has also served as Director of CIA

As for the potential illegality of this budget request, in the Fiscal Year 2018 National Defense Authorization Act, Congress stipulated to have “…as soon as practicable, not fewer than 355 battle force ships….”  Yet this budget proposes retiring 24 ships (many still with years of life in them) while procuring only eight. It appears that the administration has no intention of meeting the 355-ship goal—ever.

Unsurprisingly, Congressional reaction to the proposed budget has been swift. Sen. Jim Inhofe (R-Okla.) called out the potential violation of the law. Navy vet and Rep. Elaine Luria (R-Va.) struggled to refrain from salty “sailor” language in expressing her disappointment. Bottom line: the Navy should expect the wrath of Congress on this – especially from outspoken supporters like Sens. Roger Wicker (R-Miss.) and Jack Reed (D-R.I.) and Reps. Joe Courtney (D-Conn.), Mike Gallagher (R-Wisc.) and Rob Wittman (R-Va.).

While an argument can be made that Congress’ language on the 355 number leaves wiggle room, what cannot be ignored is the fact that this budget accelerates a decades-long downward trend.  From 2000 to 2020 , the Navy shrunk from 318 ships to 297, while China’s fleet rocketed from 210 to 360. On the day of the budget’s announcement, the Navy was down to 298 ships. The proposed budget would leave us with 280 ships by 2027. And fewer ships mean lesser capacity to train sailors at sea and gain operational experience—further exacerbating the decline of the Navy.

That said, defense budgeting must be responsible. With this in mind, there are a few areas worth additional scrutiny, where funds could be cut and redirected to deliver actual improvements to warfighting. They include: a $110 million increase to combat sexual assault, $719 million for climate-cognizant solutions like hybrid cars, and a $56 million child development center at Point Loma, California. Some of this spending might be needed, but the return on investment at these levels measured against enhancing warfighting is suspect.

History proves we can fund the Navy the nation needs while growing the economy and taking care of our people. But it’s now up to Congress to reject the president’s unrealistic budget request and dedicate the resources necessary to the nation’s defense.

Brent Sadler joined Heritage Foundation after a 26 year Navy career with numerous operational tours on nuclear-powered submarines, personal staffs of senior Defense Department leaders, and as a military diplomat in Asia. As a senior research fellow, Brent’s focus is on maritime security and the technologies shaping our future maritime forces, especially the Navy.

In this article:China, featured, Joe Biden, Navy, Russia, US Navy, US Navy Budget