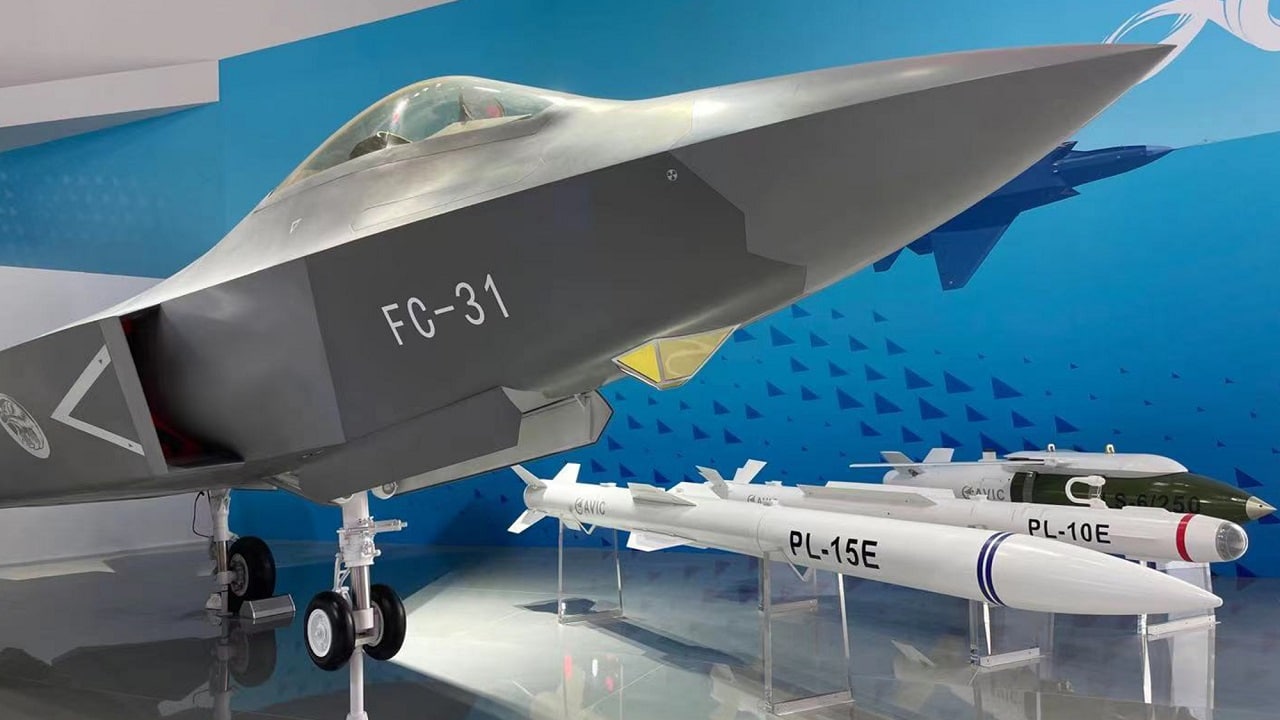 The FC-31 looks like the F-22 and F-35, but looks can be deceiving – At the Saudi Arabian World Defense Show, which was held in Riyadh in March, visitors could have been forgiven if they thought they saw a Lockheed Martin F-35 Lightning II on display. The American defense contractor wasn’t actually present at the show, of course, but the Chinese Shenyang FC-31 Gyrfalcon (also known as the J-31) was on display and it certainly has more than a passing resemblance to the Lightning II.

China has long copied – or reverse-engineered – all sorts of western products, so it isn’t surprising to believe that it copied an American design for its fifth-generation fighter. And it wouldn’t be the first time. It is hard not to see the influence of the Lockheed Martin F-22 in the Chinese Chengdu J-20, or the Russian Sukhoi Su-33 in the Chinese Shenyang J-15.

However, the single-seat, twin-engine, medium-sized, multi-role FC-31 has taken this even further – so much so that some military analysts have suggested that it is little more than an F-35 that is stamped “Made in China” on the airframe. It has even been reported that the plane’s similarities are evidence that the Chinese stole U.S. technology.

Chinese hackers were believed to have stolen multiple terabytes worth of data related to the F-35 program, including information on the Lightning II’s radar design – the number and types of modules used by the system – as well as its engine, including the method used for cooling gases, leading and trailing edge treatments, and aft deck heating contour maps.

It was soon after the hack had been discovered that the FC-31 was first unveiled to the world, as a one-quarter scale model, at the China International Aviation & Aerospace Exhibition in 2012. A full-size airframe was officially introduced at the Zhuhai Airshow in November 2014.

How Do They Compare?

Looks aside, it has been reported that the FC-31 has a stealth aerodynamic design as well as stealth coating – but there are other factors to consider including radar-absorbent coating materials and the use of internal weapons bays. That latter feature allows the F-35 to operate in so-called “stealth mode,” where it employs a “First Day of War” loadout that could consist of four AIM-120 AMRAAM missiles for air-to-air missions, or a mixture of four AIM-120s/GBU-31 JDAM “smart bombs,” for air-to-ground missions.

As the name implies, stealth loadouts are designed to minimize radar cross-section and to maintain low observability (LO) when the enemy’s anti-air systems are operating at full capacity. However, as an adversary’s hostile anti-air systems – including sensors, air defense missiles, gun systems, and even enemy aircraft – are eliminated, and the conflict enters into the “Third Day of War,” the loadout could change accordingly. When it is determined that the F-35 no longer needs to rely on its stealth and LO for survivability the “beast mode” comes into play as the F-35 then deploys externally-mounted weapons with a larger radar footprint.

The weapons loadout is significantly larger. In stealth mode, the F-35 can carry 5,700 lbs internally, while in “beast mode” it can carry a full 22,000 lbs, of both air-to-air and air-to-ground munitions. Clearly, beast mode can do a lot more damage though with more visibility.

At this point, it is simply too early to tell if the FC-31 can actually go toe-to-toe with the American and allied F-35s, but it has been reported that the Chinese fighter has received largely negative reviews when it has been seen at air shows. Yet, it could still likely challenge America’s fourth-generation non-stealth fighters, while the most important issue remains how it will perform against the F-35.