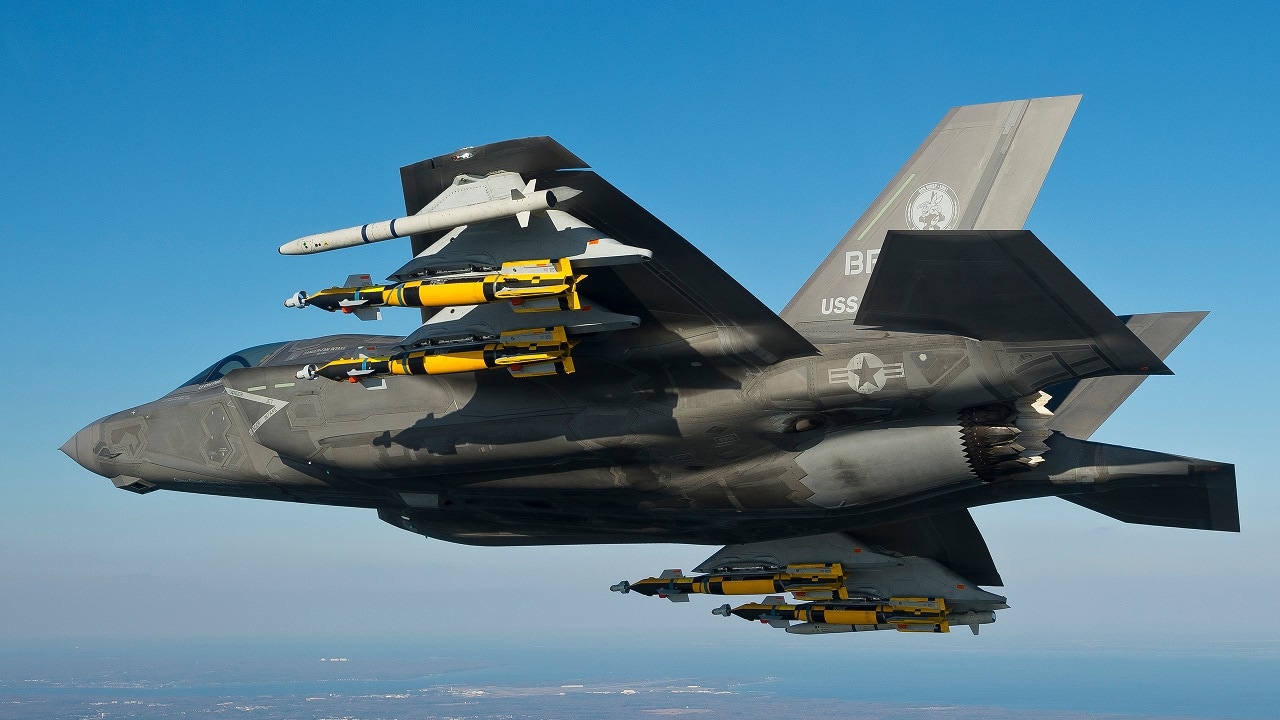 Lockheed Martin Looks to Have a Good Export Year for the F-35 – While the latest Pentagon budget proposal is asking for fewer F-35 Lightning II fighter planes, Lockheed Martin is forging ahead with foreign military sales of the stealth airplane that looks quite promising. The F-35 has proliferated around the world impressively with numerous international partners purchasing it, and rightly so considering its game-changing military capabilities, known in many aviation circles as the quarterback in the sky. This year Canada, Finland, Thailand, and the United Arab Emirates are in various stages of acquiring the F-35.

Here is a quick rundown of where the F-35 program stands right now and some of the impressive facts some of the critics seem to always forget:

The F-35: A Global Jobs Creator

Lockheed says the F-35 program includes eight international partners and six countries that have purchased the fighter. This has been a boost to economic development in the United States. The warplane, according to the defense behemoth, is “delivering more than just air dominance, it’s simultaneously delivering tens of thousands of high paying, high-quality jobs to American workers across the country, and around the world.”

The United States is requesting 61 F-35s for FY23. That is 33 fewer than what the Pentagon has previously planned to order.

Keep in mind this is just a starting point with Congress and could be amended much higher. Numerous lawmakers who have positive ties to the F-35 with production from suppliers that support jobs in their districts will look to increase that number. Lockheed can look to foreign military sales to pick up the slack until the National Defense Authorization Act from Congress passes later this year for the FY23 defense budget.

Also, with Russia and China now the clear dominant threat to U.S. national security, the F-35 is a vital component of America’s national defense strategy. There is a very strong possibility the buy this year of F-35s could go up, especially as the war in Ukraine continues to press ahead.

Canada May Become a Customer

Meanwhile, Canada is in the market for a new fighter to replace its aging CF-18 Hornets. Canada’s Royal Air Force announced on March 28 that Lockheed won the competition to supply its main warplane. The deal is not fully baked yet. Canada could order 88 new warplanes, perhaps F-35s, in a buy that is worth $15 billion for a 2025 delivery, but the Canadian government would have to approve it first.

The F-35 could enable Canada to not only defend the homeland and help NATO secure Europe, but it could also be a factor in protecting the Arctic region from Russian incursion. Canada is claiming sovereignty of 1.2 million square kilometers of land in the Arctic. Russia has territorial claims there as well.

Thailand Is Beginning the Process Toward F-35 Purchase

Thailand is another potential customer for the F-35, although there are numerous hurdles the country will have to jump through in order for a successful airplane transfer from Lockheed. The Royal Thai Air Force wants U.S. Air Force Pacific Command to help the Thais make a formal request for the F-35. This would be a modest buy of four fighter jets but would still make a difference with the U.S. ally in its rivalry with China. Thailand could use stealth fighters to protect its borders with the air superiority fighter.

Finland Is So Far Giving a Green Light

Finland announced on February 11 that it had formalized a significant buy of F-35s. 64 jets and maintenance assistance with a manufacturing and engineering partnership included in the deal. This will create assembly jobs in Finland. Beginning in 2025, the F-35 will begin replacing its F/A-18C/D Hornet fighters. Finland is closer in the process to join NATO and the F-35 will be an important part of its defense strategy if it becomes an active partner in the alliance.

All in all, the F-35 is popular with foreign air forces. The stealth fighter is making more inroads with those customers and the United States looks like a reliable ally when these “fighter diplomacy” deals are consummated. The agreements with Thailand and also the UAE have some work to do before they commence but the Canada and Finland will most likely have F-35s patrolling in their skies later this decade.