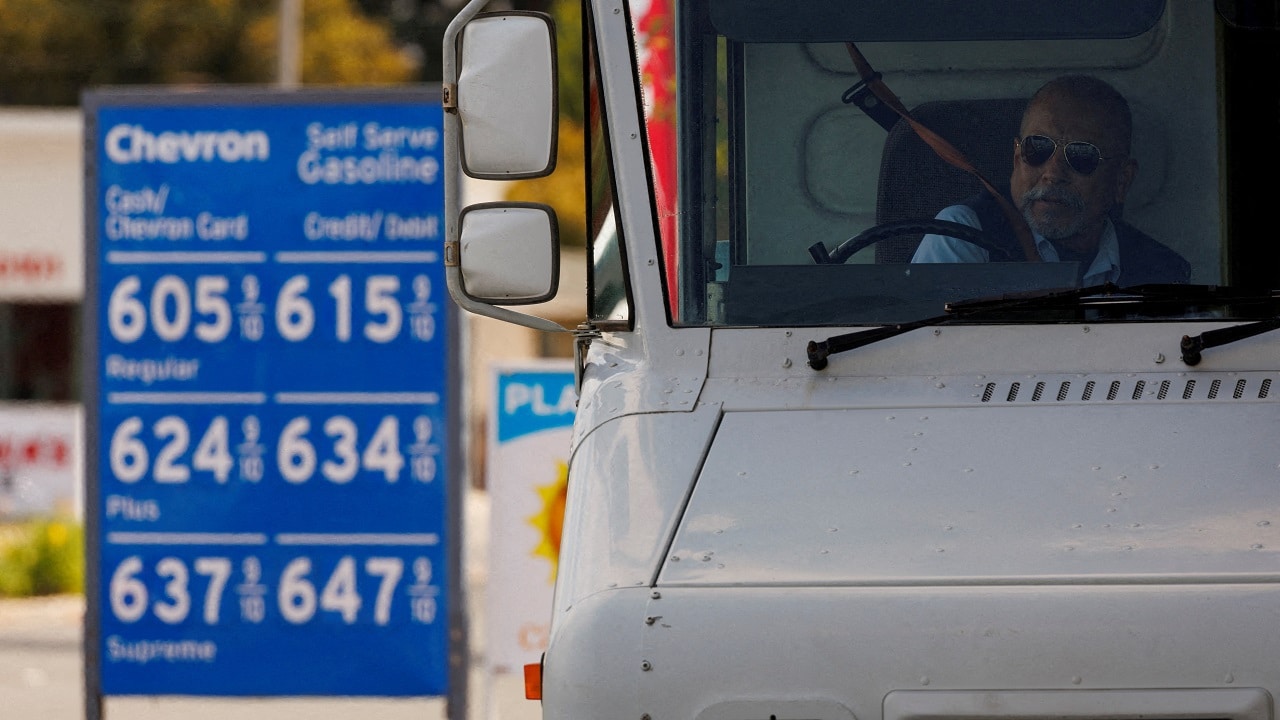 A U.S. postal worker puts his seatbelt on after filing up his vehicle at a gas station in Garden Grove, California, U.S., March 29, 2022. REUTERS/Mike Blake/File Photo/File Photo

Gas Prices Are Sky High – Why Isn’t the US Increasing Oil Output? While the price of oil settled below $100 per barrel on Tuesday – the lowest level in a fortnight – sanctions against Russia and turmoil in eastern Europe mean the oil market is still plagued with uncertainty.

With the rising cost of fuel at the gas pump in the United States and Europe, and the cost of many consumer goods and food increasing due to issues with the oil supply chain, many are left wondering why U.S. oil companies aren’t increasing domestic oil production.

After several failed attempts at encouraging OPEC countries to increase oil production, President Joe Biden could theoretically do more to increase the supply of domestic oil – but for one reason or another, it has yet to happen.

Oil and Gas Executives Say No

The price of oil surpassing $100 in March this year should, in theory, have been a good incentive for U.S. oil companies to buy new land, drill new wells, and increase production. However, a survey released by the Federal Reserve Bank of Dallas showed how many U.S. oil companies were not motivated by price. The survey found that 29% of oil executives didn’t consider the price of oil a motivating factor to enter growth mode.

40% of respondents to the survey also said that oil prices exceeding $120 per barrel would be sufficient for U.S. shale oil producers to enter growth mode. Prices did temporarily surge above $130 per barrel in March of this year but have remained around the $100 mark since.

Costs also increased for gas and oil companies in the United States, with the index for input costs increasing from 69.8 to 77.1 and hitting a new record high. Exploration and production firms also reported an increase in the index for input costs from 44.9 in the fourth quarter of last year to 56 in the first quarter of this year. The cost index for lease operating expenses also rose from 42 to 58.9, also a record high.

Costs have proven a barrier to entry for many U.S. oil producers. While shale oil producers in the United States have the functional capacity to increase oil production relatively quickly, the higher input costs, additional labor, and the equipment required to get the operations moving are a deterrent.

Clark Williams-Derry, an analyst from the Institute for Energy Economics and Financial Analysis, told Marketplace that there is “no switch that anyone can flip to suddenly turn on oil production overnight.”

“There is probably going to be six-to-nine months’ lag between today’s high prices and the time when the oil industry can bring significant amounts of new production online,” he said.

A combination of a lag between ramping up oil production and putting in place the logistics to transport the oil, as well as the uncertainty of sustained high prices, means that U.S. oil execs appear less interested than they otherwise would be in producing oil.

For U.S. oil production to increase, prices would likely need to be higher for longer.

In this article:Gas Prices, Oil, Oil Prices, US Economy, US Oil Production