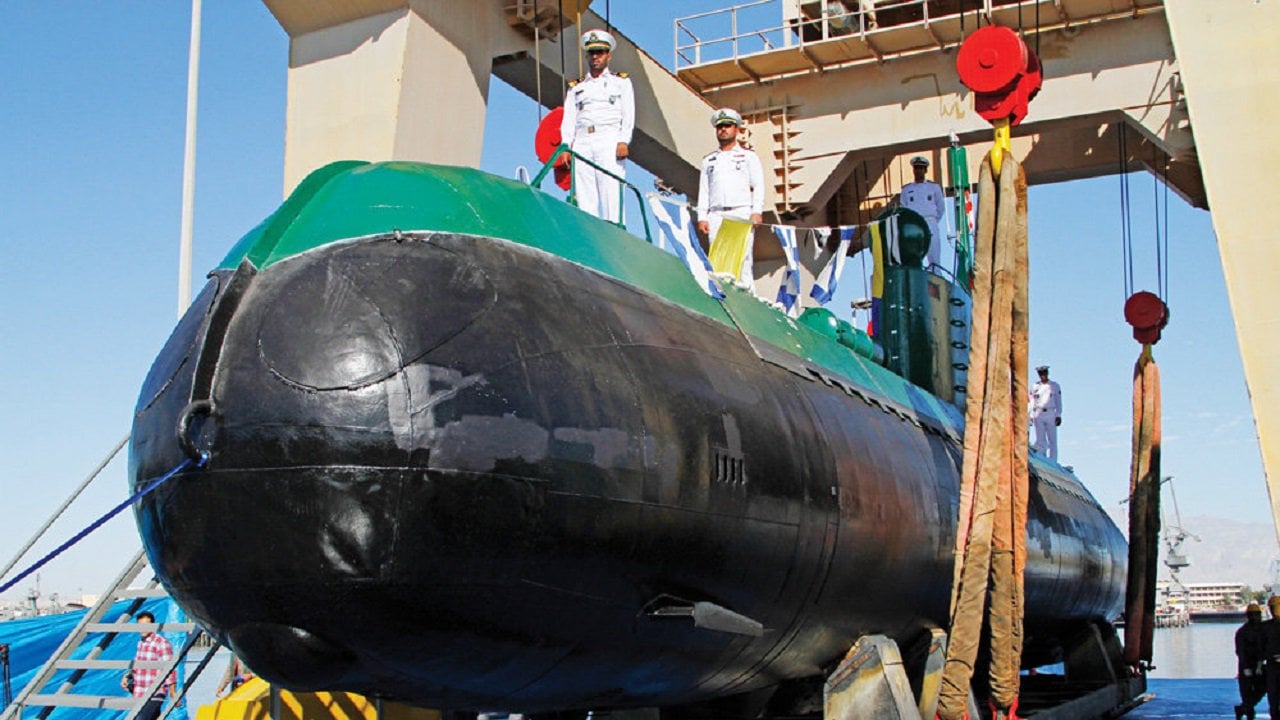 The two branches of Iran’s navy, the Islamic Revolutionary Guard Corps Navy and the Islamic Republic of Iran Navy, command a combined fleet of 34 vessels. The vast majority of these vessels are Ghadir-class midget submarines, which are designed after North Korea’s MS-29 Yono class.

Designed to cruise the shallow waters of the Persian Gulf, the Ghadir class has a surface displacement of approximately 117 tons. Its tiny frame makes the vessel challenging to detect. This coastal submarine holds a crew of seven and can reach 11 knots. Its small frame features two 533mm torpedoes. The sheer number of these midget submarines poses a tactical challenge to the U.S. Navy and Iran’s other adversaries.

Although Iran’s miniature submarines are less advanced than the country’s larger Kilo-class fleet, they boast some alarming capabilities. The coastal waters where they operate include the Arabian Gulf, the Strait of Hormuz and the Sea of Oman. The Strait of Hormuz is extremely shallow, which limits the larger and more advanced Kilo-class submarines. In fact, the Kilo subs can only operate in approximately one-third of the waters of the Persian Gulf. Iran’s fleet of mini-submarines can operate throughout.

According to experts, “The water [of the Strait] provides noisy background conditions that help cover up the sound of a submarine, but the shallow waters make the submarine more likely to be visually identified from the air or surface of the water. The confined waters and strong currents of the Gulf make the Strait of Hormuz an extremely hazardous place for even experienced submariners.” Since the Ghadir class is so small, enemy submarines will often fail to detect the subs, even in these shallow waters.

The director of the National Maritime Foundation furthered the point by adding that the Ghadir-class remains “the most difficult to detect, particularly when resting on the seabed … Further, given their numbers, these could overwhelm [their] enemy’s technological superiority.”

The Ghadir’s small size and advanced maneuverability also lend well to Iran’s strategic aims. The miniature submarines are equipped with sonar-evading technology and are capable of launching missiles, firing torpedoes, and dropping mines. The Ghadir’s bow torpedo tubes are large enough to fire heavyweight torpedoes. The Ghadir can also fire Russia’s Shkval rocket torpedo, which Iran reverse-engineered for its use.

Iran’s recent emphasis on ballistic and cruise missile technology has reportedly extended to the Ghadir class. According to state-run news sources, Iran successfully tested a Nasr-1 subsurface-to-surface cruise missile from a Ghadir-class submarine during a 2019 naval exercise.

While its Kilo-class diesel-electric fleet holds Iran’s largest and most sophisticated underwater vessels, its Ghadir-class miniature submarines should not be underestimated. The small size, easy maneuverability, and launch capabilities of Ghadir submarines make them a formidable force in the Persian Gulf.